She taught Dustin Hoffman how to sound like a lady in Tootsie. Now psychologist Lillian Glass is teaching women how to avoid duds.

And there are many varieties, says the body-language expert in her new book, Toxic Men: 10 Ways to Identify, Deal with, and Heal from the Men Who Make Your Life Miserable. There's the "Emotional Refrigerator." And the "Angry Bullying Control Freak." And don't forget the "Wishy-Washy Spineless Wimp."

Dr. Glass says women become "toxic men magnets" when they convince themselves they can tame "bad boys" - that's the ego talking, she says. Others quietly believe their love is like no other - that's naiveté. Others still are addicted to drama, mistaking intensity for love.

But the habit can be broken, writes Dr. Glass. She urges women to identify toxic men through their body language, voice and speech patterns. Liars, for instance, will shrug their shoulders when they speak. Bullies tense their jaws. Jerks will tell you they're jerks early on in your dating career - don't dismiss their sheepish admission.

A resident expert on the talk show Chelsea Lately, Dr. Glass also manages to get a word in on the justice-affairs show Nancy Grace. She spoke with The Globe and Mail from Beverly Hills.

You say upfront that the book isn't about "male bashing." Have you heard that criticism?

It's not about male bashing at all. It's really about healing relationships. There are wonderful men out there but unfortunately too many women go for the bad boy.

What's the reaction from guys?

There was one ignorant person from Singapore who didn't even read the book and he just went off on a tirade. He got all crazy. All toxic, I should say. People bring their own issues to it. But men who have read it say, "Boy, I can apply that to my ex-wife."

You write about women who are "toxic men magnets" and argue that they come from all walks of life. Yet we seem most fascinated when successful women pick rotten apples.

A lot of women are "changers." They change their children and they're responsible in professions where they can make a huge difference. They think they can do it in their relationships. They think they're the ones who can change them or that their love is the most powerful. Unfortunately, they're mistaken.

You say that women working in the helping professions forget that, unlike their clients, their maladjusted lovers "did not come to them for help and have no intention of being helped or changed in any way."

Teachers do it, psychologists - even attorneys. People who have changed others in the past have to realize they can't do it in their personal lives. What you see is what you get. Women have all these illusions. It's based on what they want, not what is.

You map out 11 types of "toxic men." Which is most common?

The cheating liar and the bully are the most common. Charlie Sheen is the self-destructive type: He's got everything going for him and he destroys himself. Mel Gibson is the bullying control freak. Kanye West is the me-myself-and-I narcissist. Then you have the jealous competitor - that's Chris Brown. The backstabber, that's Michael Lohan. John Mayer is the emotional refrigerator. If you look at photographs of him with all these beautiful women, he's not the one who's affectionate or demonstrative. And we see the socio-psychopath: Bernie Madoff.

Which of them is the most hopeless?

The socio-psychopath. He has many other toxic traits: He's a liar, he's often a control freak and a narcissist.

But you argue that a man who behaves abusively with one woman might be an angel with another.

What's toxic to one person is not to another. I've seen cases where the man and the woman were really at each other's throat. The man leaves the woman, marries another, is married to her for decades and they're happy as clams. Look at Mel Gibson: He was with [Robyn Gibson]for 30 years. He may very well have been toxic to her, but it appears there was tolerance between them. He's with Oksana for less than a year and it's World War III.

You write that one can never hope to change a toxic partner. So why stay?

Usually you hear, "Just walk away." You can do a lot more now than walk away - you have options. Sometimes a bully needs to be bullied. Sometimes someone needs more love and kindness. Sometimes you need a direct confrontation. Sometimes you can fantasize about what you'd like to do to that person, but don't carry it out. Unplug if there's been physical violence.

You offer some unconventional advice for women battling the last of the toxins after a break-up. You condone anger, and even a dash of hate: "Even though you have been raised and conditioned not to think these hostile thoughts, they are perfectly healthy given the situation you're in."

These are unconventional techniques in terms of healing, and that's the most exciting thing. If you've just broken up and you're in pain, eat that chocolate cake. You can have the whole cake if you want, as long as it makes you feel good. 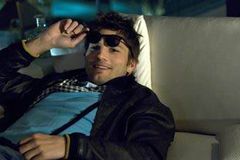 Why comedian Julie Klausner has kissed too many frogs
February 11, 2010 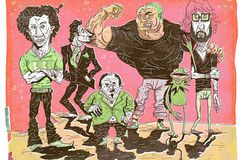 The latest self-help books focus on saving women from dead-end relationships
May 13, 2010 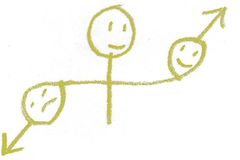