When was the last time you sat in a room without looking at a tablet or a smartphone? I know, I know, you had to check that thing for work. Or see what Ashton Kutcher was screwing up on Twitter.

But if you can't recall a few screen-free hours, you might be in dire need of a "Walden zone" in your home. The term was coined by American writer William Powers in his recent bestseller Hamlet's BlackBerry: A Practical Philosophy for Building a Good Life in the Digital Age.

He argues that we're too connected to bid a retreat from society – as Henry David Thoreau famously did to write Walden, or, Life in the Woods – so we should set aside a room for quiet contemplation amid our digital cacophony.

Even libraries are having a hard time of it, according to a new piece, circulating online, called An Unplugged Space. Marc Truitt and Amanda Wakaruk, who are librarians at the University of Alberta Libraries in Edmonton, make a call for Walden zones in libraries to temper all the Web noise, phone calls and Skyping.

In her graduate research, Ms. Wakaruk found that university students ache for balance. "Many, many people in academic libraries were telling me they needed that place for solitude ... that they weren't getting at home," she says.

Ottawa librarian Alexandra Yarrow is a big fan of the idea. She says that the Thoreau reference improves upon mere "quiet rooms" of the past. "Quiet implies that there isn't much going on, where a Walden zone to me implies that there's all kinds of discovery and imagination going on, and that makes it sound more positive."

It's a spin that might just work in the home, too, since the beauty of Mr. Powers's idea lies in its baby-steps ethos. No one's suggesting you have to go screen-free. As the women known only by their first names, Fayteen and Joy, put it recently on the Resolute Woman blog, "No, we don't have to throw away our cellphones or laptops. But sometimes we need a little bit of space."

What if "Walden zone" became a sort of shorthand for families to remind themselves to live "deliberately" à la Thoreau when the kids are zoning out in front of their third hour of video games and parents are glued to their BlackBerrys? "I call Walden zone on you!"

Mr. Truitt is trying another one of Mr. Powers's ideas in his own life. He takes an Internet Sabbath every Saturday, eschewing all digital communications. "I realized I couldn't walk the dog without taking my BlackBerry," he says, adding that his house is too small for an entire Walden-zone room.

Toronto architect and interior designer Dee Dee Taylor Eustace says that that sentiment may be more practical than devoting actual rooms to contemplation. While she does field requests for yoga or meditation rooms, she's also seeing a contrary phenomenon: the proliferation of screens in bedrooms, and the sprawl of the home office throughout the house. For now, she says, many people – herself included – are carving out noise-free time outside the home.

She relies on (cellphone-free) yoga classes. "The room is not what we need to be quiet," she says. "We need to quiet down our selves."

A moveable Walden zone, if you will. 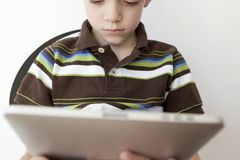 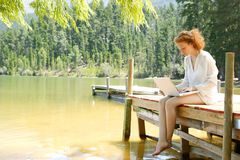