At 23, Therese Shechter lost her virginity in a Toronto basement apartment, now wedged between a flower shop called Bloom and a hair salon called Shagg.

That unguarded anecdote opens Shechter's new documentary How To Lose Your Virginity, which explores how women are measured before and after they've had sex, some 50 years after the sexual revolution.

The film charts the U.S. "virginity generation," young men and women growing up amid an abstinence-until-marriage movement that includes heavily taxpayer-financed, abstinence-only education. Shechter also scans troubling offshoots such as daddy-daughter purity balls, the online market for fake plastic-and-dye hymens, and bizarre "virginity auctions" that have fetched some $750,000 (U.S.) to date internationally.

Canada doesn't have the strong abstinence culture currently popular in the United States. What does virginity mean to young men and women here?

There are many reasons people choose to have sex or not have sex; everyone has their own story. Depending on what culture you grow up in, one choice is favoured over another. Some people growing up get a lot of pressure to become sexual; in other places, they get a lot of pressure to not become sexual. Many older virgins in their 20s, 30s, 40s and 50s carry around stigma and shame because they feel "everyone is having sex but me." The reality is that everyone's not having sex all the time – our culture pushes that message because it works to sell product. There are a surprising number of people who aren't sexually active and many people who have long periods without being sexual active.

Is virginity increasingly a subjective concept? Some teens in the film talk about being "technically a virgin," meaning engaging in everything but vaginal penetration.

There are people who have done "everything but" penis-in-vagina sex. You can certainly pick and choose what sexual acts you want to take part in. If you're not indulging in it because you don't want to get pregnant, that's one thing and that's reasonable – as long as you realize it's not because you're going to go to hell. We've made the hymen full of meaning when it has none. And yet it drives all these other decisions.

Queer sexuality, people who do not have sex with one penis and one vagina, are very much left out of these conversations. They need to have their own timelines and milestones.

You encountered teens who thought lesbians have no virginity to lose.

Right, because there's no penis in the room. Using intercourse as your benchmark is somewhat absurd: If lesbians never have intercourse, do they stay virgins?

Is there no medical definition of virginity?

There's no medical book that says "virginity is this." That's partly because culturally, the definition has changed a lot. Two thousand years ago it was a spiritual purity that didn't have much to do with actual intercourse. Male virginity didn't really exist until the 20th century when it became a pop culture, coming-of-age concept.

What about male virginity beyond Steve Carell's The 40-Year-Old Virgin?

I have a lot of men coming up to me saying, "We suffer being virgins." We are all judged by our sex lives and for men it's wrapped up in ideas of masculinity: You have to be a hunter and pursue. Men have some social stigma but the ways in which women are persecuted for their sexual choices, sometimes lethally, there's just really no comparison.

What do you make of virginity auctions?

It's basically women selling sex for money, but the addition of this concept of virginity makes it really special and fetishy. I really have to wonder what guys think they're buying, what is the idea that inspires them to pay hundreds of thousands of dollars? Is it simply to be the first penis in? Is that really worth $500,000? A lot of media takes this real prurient interest in these virginity auctions and they report on them breathlessly. The implication is that once the transaction is complete the woman no longer has any sexual value – nobody is going to bid on a second time. She becomes a slut.

Virginity is bought and sold and talked about like a commodity, this whole "precious gift" way of talking about it.

At the same time there are plenty of guys who aren't so keen on virgins, no?

Some guys complain that a virgin isn't going to be very experienced. There's also this mythology of, "If I have sex with a virgin, she's going to fall madly in love with me and I'll never get rid of her." I don't have any emotional connection to that, personally. For me it was just, "Oh, okay, this looks like it's going to happen, I may as well get it over with." Not uncommon.

Is there a right way to lose it?

Ideally you want it to be consensual, pleasurable, safe and informed, but sometimes it doesn't work out that way. But we have very long lives to have sex. The first time you have sex shouldn't determine the quality of everything that comes after it. It's not about whether someone chooses to have sex or not. It's how they feel about the sex they're having.

You're pushing for a more complex way of looking at "first times," not as before and after but as a series of new experiences.

We have to look at our sexual lives as a long series of first times: the first time you're with a new person, the first time you do something you haven't done before, the first time you feel comfortable with your body in the presence of another person; the first time you have an orgasm with somebody. Have you experienced sexual activities that were important, intense or meaningful that you don't count because it wasn't intercourse? This is just a completely absurd way to talk about sexuality. It doesn't reflect the way people are actually having sex.his interview has been condensed and edited. 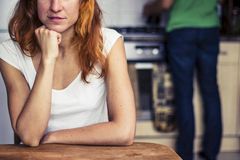