When men are mentioned in conversations about domestic violence and other forms of abuse at women's shelters, it's often in the context of how much blame they should carry. But one organization in Toronto is making a point of giving men an active part in the process of recovery.

Ernestine's Women Shelter is inviting men to participate in its candlelight vigil to mark Thursday's anniversary of the 1989 Montreal Massacre, when 14 women were killed by a gunman. The shelter has also launched a new fundraising campaign that asks women to highlight male role models in their lives. The strategy represents a major change that's trickling through women's shelters across the country: the idea that in order to help prevent violence against women, men need to be involved.

"I see a real shift," said Jill Cunningham, co-director of Ernestine's. "Men need to be engaged as part of the solutions."

The exclusion of men from women's shelters was based on good intentions. Women escaping violence need a safe place to stay and many may be uncomfortable in the presence of men, according to Peter Jaffe, academic director of the Centre for Research and Education on Violence against Women and Children.

But keeping men out of the discussion can foster divisiveness, ignorance of the issues and even animosity toward shelters and other groups dedicated to the prevention of violence against women. And men have often felt unsure of how to get involved in the discussion or whether they even should, said Todd Minerson, executive director of White Ribbon, a men's organization working to stop violence against women.

"Sterotypes have played a role," Minerson said. "I think also … men haven't stepped up in a meaningful way as well. There's been a legitimate skepticism from women's groups throughout the years."

Now, that appears to be changing. More organizations are welcoming men into their programs, community outreach initiatives and even staff positions and are adopting the attitude that both sexes have a major role to play in addressing underlying causes of violence. It's a significant move, given that many women fleeing violence are fearful of men, but is important because men have much to contribute to helping end violence against women, according to Cunningham and other experts in the field.

Many of the programs engaging men are challenging the notion that masculinity is tied to power, strength and control over a woman. They also encourage men to speak up if they may suspect a friend is being violent or abusive.

Ernestine's has launched a fundraising campaign called "10 Great Men" that allows women to honour 10 men who are role models in their lives. The hope is that the project starts a conversation among men about violence against women.

Last week, White Ribbon announced it was the organization behind a provocative campaign called "Be a Man," designed to change conventional ideas about manhood. The group placed posters around the Toronto area emblazoned with phrases like "Stop acting gay" and "Feelings are for chicks," which included the web address of the campaign. White Ribbon is hoping to challenge the idea that "real" men don't cry and that it's acceptable to solve problems using violence.

Minerson also said he's seen "an incredible change" in the past few years and now receives a "flood of requests" from women's organizations to work together.

"This has been, in my view, a really critically missing piece of the puzzle in the last 10 to 15 years," said Minerson.

Last year, the B.C. Lions launched a project called "Be More Than a Bystander," which targets witnesses of violence against women, urging them to speak up.

"Obviously, if a majority of these violent crimes are committed by men, it's important that men who do not perpetrate violence against women speak up," said Jamie Taras, director of community relations for the B.C. Lions. The project includes educational workshops about gender-based violence, which are facilitated by B.C. Lions players.

The federal government provided funding for the project and, earlier this fall, issued a call for proposals for similar projects that engage men and boys in the process of ending gender violence.

But the increasing inclusion of men is not without controversy. Angela Marie MacDougall, executive director of Battered Women's Support Services, said that initiatives created by male-dominated organizations, such as the B.C. Lions and White Ribbon, could do more harm than good, because they aren't formally involved with women's groups. She described the phenomenon as "careerism," suggesting that male-sponsored efforts are succeeding at the expense of women's groups.

"Because of how our society is structured, they get a lot of notoriety and it's very lucrative," she said. "Those of us that have been doing the work for years are rubbing two nickels together."

Taras with the B.C. Lions noted that "Be More Than a Bystander" is a partnership with the Ending Violence Association of B.C., adding that negative attitudes toward male involvement aren't helpful. 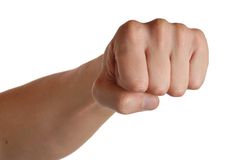 Impersonal touch helps uncover domestic violence
August 25, 2009
Abused women see positive qualities in partners, study finds
April 15, 2010
Follow Carly Weeks on Twitter @carlyweeks
Report an error Editorial code of conduct
Due to technical reasons, we have temporarily removed commenting from our articles. We hope to have this fixed soon. Thank you for your patience. If you are looking to give feedback on our new site, please send it along to feedback@globeandmail.com. If you want to write a letter to the editor, please forward to letters@globeandmail.com.
Comments