When Janice and Ryan Compton, both professors at the University of Manitoba, were trying to decide whether to have a third child, they already knew how challenging it would be to balance home life while continuing to work long hours.

"I'm lucky enough to have a job where my work hours are quite flexible," says Janice Compton, "but the flip side is that there are often nights and weekends that must be spent working. I can't work part-time, for example, my career doesn't allow for that, and to advance my career it is absolutely necessary to travel. Childcare centres tend to run Monday to Friday, and not after 5:30 p.m."

The couple decided to take the plunge anyway (the baby's due in January), but Prof. Compton is an anomaly, according to Canadian statistics. As a result of educated women opting for few, or no, children, Canada now has one of the lowest birth rates in the developed world. However, while Canada's birth rate continues to fall, countries elsewhere have seen their birth rates increase over the past 10 years. The reason? Educated working women are choosing to have bigger families.

Even in the United States, where women have more to lose with the birth of each additional child – with shorter maternity leaves and less tax relief for those paying childcare expenses – it seems that educated women are having more children than in the past.

According to a new study released this year by the Britain based Centre for Economic Policy Research (CEPR), the average woman in the U.S. with a professional or graduate university degree will have 1.9 children over her lifetime, well above the Canadian average of 1.6 children per woman.

Why are high-waged women south of the border, who work long hours, now having more children? The answer is simple: In the U.S., the growing divide between the wealthy and the poor has created both a class of women who can afford to hire help in their homes and a pool of workers who are willing to provide it cheaply.

Canadian mothers and fathers working long hours are not only reliant on more restrictive daycare facilities and family members to help out, but they also have to contend with doing household chores in their limited non-working hours. Because wages of unskilled workers have fallen for the past 30 years in the U.S. (30 per cent by some estimates), favourably employed working parents can afford to hire housekeepers and nannies – and they can afford to have more children as well.

The U.S. isn't the only country in which fertility rates among educated working women are on the rise; many European nations are experiencing the same phenomena.

Women in those countries, however, are not having more children because they hire in-home help cheaply, but because their governments provide assistance through programs that have been specially designed to increase the family size of working parents. It is due to these programs that the birth rates in France, for example, have transitioned from below the Canadian level 20 years ago to above the U.S. level today.

According to the authors of the CEPR study, PhD economists Moshe Hazan and Hosny Zoabi, policies that make it possible for educated mothers to have more children should be a good thing for the economies of those countries in the long run. They write: "Highly educated women not only work more and have more children, they invest more in the education of each of their children." Support for educated parents leads to more educated children; it also encourages women to invest in their careers without feeling that doing so will mean giving up the opportunity to have a large family.

For Prof. Compton, what makes this child affordable is not access to cheap home help, but rather a supportive and available family. She says, "The way I see it, there are two major options to fill the gap – family and nannies. So for me, while I don't have a nanny, this is only because I live close to my in-laws. Their help in filling the childcare gaps has been extremely valuable to us."

This raises an important point as to why even in Canada we might expect educated women are having more children: Women who are better educated are also in a better position to negotiate more help at home from the fathers of their children.

Prof. Compton puts it best when she says, "My husband and I are definitely equal partners when it comes to raising the boys. I'm pretty sure that if the tasks were not split more or less equally, I would be too exhausted after two to even think of a third."

How to anger a working mom, according to Tina Fey
February 9, 2011 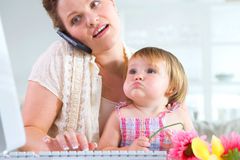 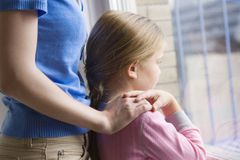 Learning to live on a crowded planet
August 4, 2011 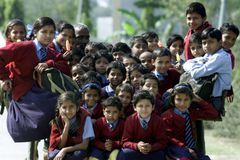