For the mother, it was an assumed truth: When she got old, one of her kids would take her in. As far as her five children were concerned, however, it was never going to happen, though they didn't say so to her face. Not that she was a bad mother (if anything she loved her offspring too intensely). But did they want a sweet, docile granny living in the spare bedroom? Far from it.

"She's too difficult," says her daughter, Barb, a retired schoolteacher in Windsor, Ont. "She argues about everything and I seriously could not take that. I would be a basket case."

But when her mom was diagnosed with Alzheimer's, there was no question of Barb's role. Despite every screaming match in her teenaged years, and every gritted-teeth conversation in adulthood, this was still her mother. Her siblings helped out but, ultimately, it was Barb, the eldest, who went to her mom's house nearly every day, listened to her grouching, and patiently explained, for the hundredth time, why she couldn't drive any more.

"There were days I absolutely hated going there," she says of daily visits to her mother's house. "It wasn't something I wanted to do. But it was the right thing for my mother and for me."

What do adult children owe their parents, and how far do those obligations extend? Socrates and Plato pondered the question, philosophers have long debated it. A dusty law – left on the books in every province except Alberta, dating back to the Depression when social supports for the elderly were scant – says the state can enforce a financial duty on children to their poverty-stricken parents. (A proposed law in China would go even further, ordering children to regularly visit elderly parents.) Even if your parents don't sue you, the question of obligation – moral, emotional and financial – is one more Canadians will encounter in a society with two converging complications: an aging and longer-living population, and families with fewer children, many of whom live too far away to share the load.

Filial law, as Queen's University law professor Nick Bala observes, is a "legal oddity," one that's been used rarely in Canada, for obvious reasons: Good luck attempting a pleasant Christmas dinner with a child you took to court over a few bucks a month. (Prof. Bala, who like many legal scholars believes the law should be repealed, also points out that elderly parents are far more likely to be supporting their struggling kids, not the other way around.) In a now-infamous court case in British Columbia, a 73-year-old mother named Shirley Anderson has been fighting in the courts for 12 years to get parental support in the form of a monthly cheque from her children. Like any similar divorce court matter, it's full of vitriol – the kids were brats, their mother was derelict. Last week, the children named in the case went to the British Columbia Supreme Court to ask for the case to be dismissed.

Filial laws also exist in a majority of U.S. states, leading to a few controversial cases where nursing homes have tried to chase down adult children to pay their parents' outstanding bills. But the cases may be more complicated than a monthly stipend for dear old dad: In 2001, an Ontario man was sentenced to six months in prison for failing to provide his father with the "necessities of life." The court was divided on the ruling – the father was found living in filth on the ground floor in their shared house, but he had also refused to go to a nursing home, and often stubbornly rejected his son's help.

But as U.S. philosopher Claudia Mills point out, the idea of legislating an obligation to one's parent is bound to leave neither party particularly happy. The old "I didn't ask to be born" argument says that while parents have a duty to provide for their offspring, the children, who receive those provisions without their consent, don't have an obligation to respond in kind. Dr Mills argues that the nature of family creates a responsibility to be in a relationship – though she feels that responsibility disappears when the person can no longer reciprocate, as with someone with advanced dementia. And that doesn't mean, she says, that you sacrifice your "own happiness to give care to an elderly relative who doesn't know who they are, flossing what's left of a person's teeth when there's a staff member to take care of it." It's not an obligation that exists above everything else.

Ruth Ho always promised herself that she'd look after her mom, who has lived with her in Vancouver since being diagnosed with Alzheimer's. Still, she sometimes wonders if she has sacrificed too much fulfilling that responsibility. Her mom can't be on her own, which means Ms. Ho doesn't go out much; she quit her job to take on the care-giving role full-time, even when she became ill herself. For a time, when her sister also became sick, she looked after both of them.

"I have been told many times by people that [I]have given up too much," she says. "And to a certain extent, I have. But it was my choice."

Legal enforcement aside, most seniors need not worry: Research consistently finds that people expect to provide care to their parents, and often find it to be a bonding experience. A U.S. study in 2006 suggested that Boomer children were more committed than previous generations to caring for mom and dad. It helps, of course, to have a daughter, since women report higher levels of responsibility than their brothers.

But Barb, whose mom moved into a nursing home recently, says siblings (and even parents) should discuss their views on obligations and responsibilities before they get too far into care-giving – so they know what to expect from each other.

Ultimately, her decision to be a caregiver is about how she sees her role in life, as a daughter and mother herself. "I have to be able to look myself in the mirror everyday," she says. And "good or bad, family is family."

When her time comes, she says, she hopes her sons feel the same.

B.C. woman sues adult kids for parental support: Should she get it?
September 26, 2011 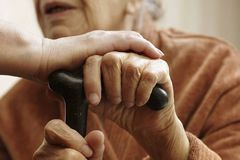 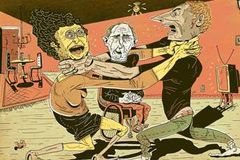 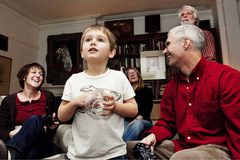