Can grief be mixed with joy? Can loss and emotional pain allow for transcendence?

Those kinds of questions always make me think of the Tintoretto paintings I first saw in a Venetian church years ago, when I was a student backpacking around Europe. Renaissance artists had their own reasons for painting scenes in dramatic compositions of light and dark – part technical experimentation with three-dimensional form, part devotion to the concept of divine light. I thought they were spooky and beautiful; and I interpreted them as part of my growing (if teenage-angsty) knowledge about the end of innocence. Life wasn't simple, and certainly not emotions. I figured unadulterated joy was only the stuff of childhood.

Last week, I found myself thinking of a variation on that coming-of-age moment. If happiness is sometimes bittersweet, tinged with sadness and not always pure light, grief is equally complex.

I had spent an extraordinary afternoon with Peggy Baker, 59, the legendary modern dancer and choreographer, whose husband, Ahmed Hassan, a composer and musician, died of complications from multiple sclerosis in January at 55. This past weekend in Toronto, she performed in a tribute to his music.

It's not often that people talk about their personal lives in an interview. Usually, you have to carefully extract details in a delicate operation of tact, curiosity and fearlessness. But not this time. The minute I stepped into her office last week, she unfurled a long, passionate description about her late husband's character and death – the beauty of it.

The exchange wasn't without sadness. There were tears. But mostly, this outpouring of grief and memory and happiness was an act of love. She wanted to communicate – because it had surprised her, too – that his death had been an event that brought a far more complicated mixture of emotions than simply sorrow.

They had married in 1990. He had been diagnosed with MS three years earlier. She cared for him at home as his symptoms gradually worsened, from cane to walker to wheelchair. For the past six years, he had lived in a nursing home, and in the six months before he died, he was in a Toronto palliative care hospital. He was losing consciousness. He was quadriplegic. His hands were folded up and twisted. He had lost so much muscle tone in his face and tongue that he was almost unrecognizable and could barely make sounds.

Toward the end, she had feared what his death would entail. But once under the management of palliative care, they prepared for his death by having friends and family visit his bedside. Some played music. Others spoke to him even though he could no longer respond. In the last few days of his life, he withdrew somewhat, only able to lock eyes with her. In the last two hours, he withdrew completely.

"I feel like I have been given this lesson in the possibility of letting nature, letting what gave you your life, go through this… this… I mean it really seemed like a second labour," Ms. Baker said after struggling to express what she felt. "It was like the labour of a mother to give birth. Now it was his own labouring to be let go.

"I had never been present at a death. I had never even seen a dead body. And right after his death for a few hours, I had this incredible feeling of elation. I was awestruck. I was so proud of him, and it was like that feeling for someone when you first fall in love or maybe when you put your [newborn]baby in your arms."

She exhaled deeply, clearly moved by her own recollection of the moment. "I felt grateful. I felt joyful. I was so relieved over what a beautiful and powerful death it had been," she continued.

Emotions are not absolutes. And we all know they're not constants. They shift and move like clouds across a sky. They're not even dependable. They're our inner climate that can knock you flat like a typhoon and then delight you, without notice, like sunshine. What you forecast for an event often turns out to be wrong. A celebration for a loved one who is sick or at a big milestone birthday can be gloriously happy with sprinklings of dread and a gust or two of fear: that this might be the last one, that you had better remember this because the next time you gather, it might be for a much sadder occasion.

Many times, I have heard it said that you can't anticipate how you will react to someone's death until it happens. Some people experience relief that the person is out of pain. And I have heard some widows say they felt emancipated, finally, after their husband died. It hadn't been a happy marriage, but they had never been able to summon the courage to divorce. For some people, the death of parents can usher in a crushing feeling of being orphaned, while for others it's a welcome release from their restrictive expectations.

With the death of a beloved spouse, that other half, grief may be very dark for a long time, experts say, but it is always changing, and as it progresses, its chiaroscuro quality will sometimes be a little brighter than others; the contrasts it highlights sharper or softer. Last year, Lady Antonia Fraser, the British historical fiction author, told me that her memoir, Must You Go?, a compilation of her diaries about her life with Nobel prize-winning playwright Harold Pinter, had helped soften her grief. It focused her on sweet memories. She will never replace him, and her life was lonelier without him. But "it was a privilege to live with him for over 33 years," she said.

In the last few hours of Mr. Hassan's life, Ms. Baker pried open one of his hands to place in it a polished stone she had given him years ago. It was shaped "halfway between what an actual human heart looks like and a valentine." As his death became imminent, she called two of his closest friends so they could be there. One friend arrived the moment he died.

Ms. Baker had also put in her husband's hands a book of poetry by Rumi, the 13th-century Sufi mystic, which he had had a ritual of reading every week with the friend. She wept when she saw that he had just died, took the book from his hands and read a poem called No Room for Form. Ms. Baker explained: "It was literally a poem about reaching the moment in your life when you don't need a vessel any longer." 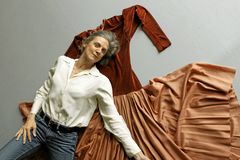 Finding joy when the world has gone dark
January 23, 2011
How the terminally ill live with death and go with grace
August 28, 2011
The death of an ex-spouse raises wrenching questions
July 9, 2009 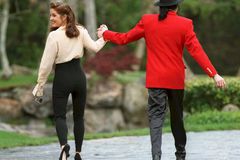