It's strange that prostitution is enjoying a moment of mass popularity just as our government has made the purchase of sex illegal. The highest-earning film of the past week, Fifty Shades of Grey, is a story about prostitution: A beautiful young woman signs a contract promising sexual services in return for material luxuries.

I saw it in a packed Imax cinema and I estimate that the audience was 70-per-cent female. A few days later, I received a gleeful press release from a website that facilitates a commercial kind of matchmaking, boasting that subscriptions have gone through the roof – an increase of 240 per cent – since Valentine's Day, the weekend the film opened. The company, Seeking Arrangement, pairs sexually available women with wealthy men. The women list their physical assets, the men their financial ones. The contracts they work out are up to them.

There are several other similar sites with variations on "sugar daddy" in their titles. Seeking Arrangement claims to be the world's biggest, and it presents itself as genteel; it advertises that its users are beautiful and successful. (Its owner and spokespeople have denied in interviews that it facilitates prostitution.)

No matter that the typical sugar daddy on the site is 43 rather than 28, like the fictional character: His spankings and helicopters are still desirable.

Is paying for sex romantic? The readers of romance novels must find it so, for the wealth of the male hero is a constant in these fictions, as necessary to the plot as his stern good looks. The fantasy of the romance novel has always been as much about winning a life of material comfort paid for by a man as it has been about affection. Although the contract between the lovers is rarely a physical document, it always exists: The man must provide.

E. L. James's trilogy of Fifty Shades novels is pretty classic romance fiction in this regard, and in many others, especially in its fixation on the taming, domestication and eventual control of a distant man. Christian Grey becomes the true submissive as the story plays out.

Romance novels essentially glorify prostitution. I don't think there's anything wrong with this, but your Prime Minister does – he has declared himself anti-romance. He might actually enjoy Fifty Shades the movie, however, as it is quite moralizing about S/M, even contemptuous of it: By the end, its rough play seems like a form of abuse, existing only to please a man's sick, sadistic urges, and the heroine quite rightly flees it.

However, like so many cautionary moral movies – movies that since the 1930s have warned against the dangers of lesbianism and marijuana and heavy petting by depicting these activities in the most thrilling detail – it ends up glamorizing the life it condemns. The reported demand for 50 Shades-arrangements on the sugar-daddy sites is evidence of this effect.

I don't know how the federal government is going to go about prosecuting all the Canadian men who are using the services of sugar-daddy sites. They are certainly obliged to under the terms of their own statutes. Indeed, I always wondered how they were ever going to prosecute all the wealthy Canadian men who keep wives and mistresses. They might as well prosecute the respectable fans of Harlequin novels and mainstream movies. Once you start looking for prostitution, you are going to find it everywhere. 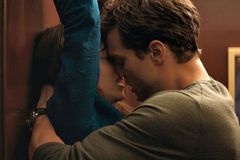 Does Fifty Shades of Grey have the power to change your view of sex?
February 12, 2015 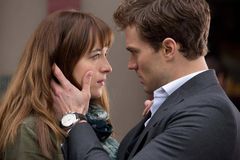 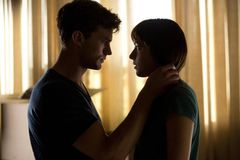 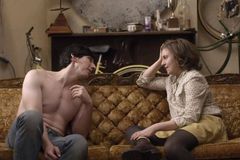 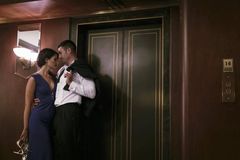