A reader writes: I've been dating my boyfriend for seven years, but in secret because he is of Indian Sikh culture and can't be with me because I am Caucasian. I'm trying to understand whether I'm wasting my time, but my heart is empty without him. He says there's no chance, then says things that make me hope. How do I get him to see that people won't make it as big a deal as he has? I have tried converting to his religion and learning his language. I even offered to study in India for a year to learn about his culture. Nothing seems to be enough because I cannot change the colour of my skin. Help me, please.

BRING IT INTO THE OPEN

I have a friend who was in your situation. I suggest you take a gamble, tell the relevant people that you're dating and let the chips fall. His family may or may not accept this. Either he will stand up to his family or he will cave and break up with you. Understand that it is 100 per cent up to him. And my friend? She broke up with the guy after 10 years. A year or so after, she met another guy and they got married.

HE'S JUST NOT THAT INTO YOU

This dilemma is like remaining involved with someone who is married in the belief that he'll leave his spouse. A renowned male psychologist wrote that females should not believe what males say, as they will often say what they think the female wants to hear: The truth lies in their actions. Interracial and interfaith marriage is common today. What his actions are saying is: "I'm just not that into you." It's time to begin the work of believing you deserve a man who's proud to be with you.

STAND UP FOR YOURSELF

Being a 30-year-old Sikh female who has dated people from all backgrounds, I can tell you this guy is wasting your time. Most Sikh parents come to terms if the couple has been dating for a while. Sikhism is an egalitarian religion that does not discriminate. Possibly he wants a "traditional" wife who will be a stay-at-home daughter-in-law, not someone who matches his skin colour. You should give him an ultimatum: Settle with you, or you'll start seeing others. Stand up for yourself now and you'll thank yourself in the future.

Here's what you have done in the name of this relationship:

– Stayed with a non-committal man for seven years;

– Bent over backward to understand his position;

– Converted to his religion;

– Learned his language and offered to spend a year of your life and finances studying his culture.

– Told you repeatedly that you have zero future together.

Putting everything else aside – religion, ethnicity, culture – these are the facts of your relationship.

If this sounds like tough love, I assure you that "love" is the operative word here. When a man tells a woman there is no chance of a formal, committed, long-term relationship, the only self-respecting response is to take him at his word and move on. If you don't, you may as well stretch out across his front step, hand him a magic marker and invite him to write Doormat across your back.

When he hints that perhaps he doesn't mean what he's clearly articulated for seven years, that's his way of shaking out the doormat. Just when the buildup of boot marks and street grime starts to feel intolerable, he gives you a nice, cleansing shake before replacing you across his step.

And you think: "See? He paid attention to me – now I don't feel quite so dirty and downtrodden. This isn't so bad!"

I don't doubt your feelings for one another are strong and genuine. But every moment you accept this treatment is a clarion call to your subconscious mind proclaiming: "I am not worth more than this. I am not deserving of a man's wholehearted, unconditional love."

But you are. And it's out there patiently waiting for you to walk away from this soul-destroying situation. Don't put it off one moment longer.

Lynn Coady is the author of novels The Antagonist, Mean Boy and Strange Heaven.

A reader writes: I have been married for three years to a woman 15 years younger. I was previously in a 10-year common-law relationship, which ended several years before I met my wife. For years I had no contact with my ex, but recently (I can't recall who initiated it) we arranged to meet for a drink, during which we caught up and talked about our kids (from previous marriages). My wife found out and she's furious. She did this by somehow accessing my e-mail. I have never been unfaithful to her or to any previous partner, although I had another female friend, entirely platonic, with whom she insisted I cease all contact. I already did that. What do I do now? 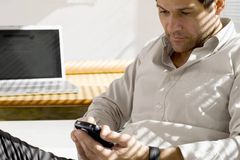 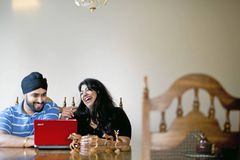 Is my boyfriend committed? How do I know?
July 21, 2011
Follow Lynn Coady on Twitter @Lynn_Coady
Report an error Editorial code of conduct
Due to technical reasons, we have temporarily removed commenting from our articles. We hope to have this fixed soon. Thank you for your patience. If you are looking to give feedback on our new site, please send it along to feedback@globeandmail.com. If you want to write a letter to the editor, please forward to letters@globeandmail.com.
Comments