The Weekly Challenge is hands-on self-improvement column. For a week, writer Courtney Shea attempted to stay positive, by not saying anything negative. (And that included sarcasm.)

For most of us, casual, reflexive negativity is a fact of life. Like the conversational equivalent of French fries/ice cream/cigarettes (pick your poison), being negative is a bad habit – but also comforting and really hard to quit cold turkey. Still, according to the experts, accentuating the positive is well worth the effort, since glass-half-full-folk have been shown to live longer, make more money, have more lasting relationships and have more fun.

Even to a semi-negative Nelly such as myself, all of these benefits sound fantastic and so I embarked on a week-long experiment to avoid negative-speak of all kinds. Day 1: I set an iPhone reminder to accompany my alarm, since the day before (original Day 1), I had already complained about the messy state of my bedroom before remembering the day's mission. Clearly maintaining a negativity output of zero requires a vigilant watch of every word that comes out of my mouth. It's like achieving the right breathing pattern in yoga – not difficult, per se, but let your mind go off task for a second and you're screwed.

At the end of that day (do-over Day 1), I dove directly into the belly of the bad-mouth beast: ladies wine night, which usually starts out as a semi-sophisticated get-together, but inevitably devolves into a raging gossip fest. Rather than indulge in my usual habit of gleeful pot-stirring, I attempted to play the angel's advocate, pointing out that perhaps so-and-so had a good reason for the totally crazy thing she did. I did slip up. A couple of times. Most notably when the subject turned to Alicia Silverstone "bird feeding" her infant son – I believe my exact words were "that's just [expletive]gross. (Good thing a "no swearing" weekly challenge is already in the works). But instead of beating myself up, I focused on the evening's successes, and moved forward.

Ruminating is a major positivity no-no, one of the many things I learn from Louisa Jewell, the co-founder of the new Canadian Positive Psychology Association. Ms. Jewell explains the misconception that positive, sunny people are the least equipped to deal with truly bad circumstances. Turns out the exact opposite is true: Happiness is like water in a well. Every time we have a positive emotional experience, we add to the well, and every time we have a negative reaction, we dip into it. So yes, there is a connection between the 20 minutes you spent trashing your boss, and your capacity to handle, say, the unexpected illness of a loved one.

To eliminate the unnecessary vitriol, she suggests a technique called positive reframing, which is basically reminding yourself of what is amazing about scenario X. This came in handy for the second half of this first weekly challenge, which took place while I was in New Orleans to celebrate a friend's birthday and see two of my favourite bands at Jazz Fest. I know this sounds like an ideal setting in which to adopt a strictly positive attitude, but you try lining up sardine-style for beer in 30 degree heat without a single gripe (don't get me started on the port-o-potty situation).

In the end, I think that the positivity experiment saved me from having a full-fledged breakdown in the middle of tens of thousands of Bruce Springsteen fans. By eliminating the negative commentary – stinking heat, terrible beer options, zero breathing room and the fact that The Boss seemed to be avoiding hits at all costs – it's as if I was cutting off oxygen to my inner Eeyore. (Die donkey, die). We all know the old standby "actions speak louder than words," but I discovered words also play a huge part in determining an experience.

Take this concept one step further, and it's not just about avoiding negative-speak, but about expressing whatever is making us happy. Positivity pros call this act "savouring," a technique that helps us to appreciate what might otherwise get taken for granted. For me, this meant telling my boyfriend how much I appreciate his role as household bed maker. For you it could be appreciating something as simple as a beautiful spring day.*

*This sounds extremely cheesy and terribly cliché, but it works.

**When savouring alone, there is no need to say anything out loud unless you want to be known as that crazy person, as well as that happy person.

"Well, I have to say the first day I was good. The second, not bad. The third, I had to remind myself after the fact. I found myself being sarcastic. Today is a new day, it is mostly sunny at the moment and I am ready to go."

"My first response to this was a sarcastic thought. This will be a big challenge. But I will try."

"In our house we use a complain jar, the same way other houses use a swear jar. We still curse quite a bit, but usually about something that is great!"

I try to remember that bad moods are contagious when I hang out with my kids. No need for them to suffer just because I had a crap day at the office.

This week: The next bite-sized challenge in Globe Life's grand self-improvement project is freeing yourself from the tyranny of e-mail. This week, limit yourself to checking your e-mail only twice a day. Try it out and let us know how you fare. Are there tips that made the task more bearable? Let us know and be brutally honest. Sign up at fb.com/globelifestream 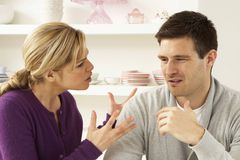 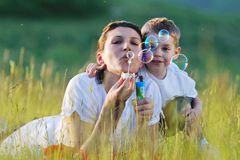 Positive thinking: the upside to the bright side
October 27, 2009
Follow us on Twitter @globeandmail Opens in a new window
Report an error Editorial code of conduct
Due to technical reasons, we have temporarily removed commenting from our articles. We hope to have this fixed soon. Thank you for your patience. If you are looking to give feedback on our new site, please send it along to feedback@globeandmail.com. If you want to write a letter to the editor, please forward to letters@globeandmail.com.
Comments