When Raana Chaudhry's friends were getting married, they wanted the glitz and glamour of a Bollywood-style, multi-ceremony Indian wedding complete with a guest list of epic proportions.

But even though they lived in the multicultural hotspot of Toronto, they had trouble finding a wedding planner who could navigate the ins and outs of a traditional South Asian wedding.

"There are a lot of vendors and caterers who serve the South Asian market, but there weren't any wedding planners who specialized in pulling all of that together," Ms. Chaudhry said.

The brides came running. Ms. Chaudhry now plans more than 70 South Asian weddings a year, charging anywhere from $1,000 to $10,000, depending on the scale of the event.

Alison McGill, editor-in-chief of the Canadian magazine Weddingbells, says she's seen a number of wedding planners who cater to different ethnicities crop up over the past five years. "It is a big market that, in the past, was being under-served," Ms. McGill said.

Need an elephant for the groom to ride during a Hindu baraat ceremony? "You can rent one from the Bowmanville Zoo," Ms. Chaudhry says. "Horses are more common. And we can organize all the permits if you need to get the street closed off for the baraat."

It's not just logistics that Ms. Chaudhry helps facilitate – she often acts as a liaison between the couple and their parents, helping to strike the right balance between tradition and North American sensibilities.

"For second- or third-generation people who have grown up here, they often like to integrate a traditional wedding with a 'Western' feel," she says.

Ms. Chaudhry helped plan Archna Narula's Hindu wedding. "She gets the culture and nuances and could talk to my family in the language that put them at ease," Ms. Narula said. "I think it would be very challenging for a non-South Asian to get all of that, without me having to spell it out for them. And at that point, I might as well have done it myself."

Traditionally, in South Asian weddings, the bride's family takes on the planning of the multiple events leading up to the wedding, along with organizing the big day itself. When Deepti Aurora's daughter was getting married, she hesitated over letting go of that cherished role – but a guest list of 600 people made her reconsider, and she hired Ms. Chaudhry.

"I was really dreading organizing the dinner," Ms. Aurora said. "… Normally parents and the bride's relatives organize everything, but I really wanted to enjoy my daughter's wedding and not be stressed about every small detail."

While South Asians make up one of the largest visible minority groups in Canada, they have the lowest rate of mixed unions at 13 per cent of the married population, followed by Chinese immigrants at 16 per cent, according to 2006 Statistics Canada data.

Brenda Lau, who moved to Canada from Hong Kong when she was a year old, didn't think she wanted to incorporate her culture into her wedding to a Slovenian-Canadian two years ago. Then she met with Judy Zhu at Kitsfish Studio in Vancouver, which specializes in planning Chinese weddings.

"She suggested the tea ceremony … when the bride and groom serve tea to the parents and elders," Ms. Lau said. "And it was really special, so moving because it helped bring the families together …for my parents to see that we were still respecting tradition."

Ms. Zhu immigrated from China 10 years ago. "I get many brides who say, 'I want a Western wedding, but my parents and grandparents want a traditional wedding, so what do I do?"

Winnipeg's Emma Singh of Events by Emma noticed many of her client's children were marrying into families from a different cultural background, so she decided to start planning ethnic "fusion" weddings. Since then, her roster of specialized weddings has grown to include Filipino, Indian, Scottish and Ukrainian.

When Roselin Titus and Vincent Wourms were planning their Indian-Polish Catholic wedding, they brought in Ms. Singh to help. Ms. Titus wore a white dress and a veil with red detailing – an auspicious colour in Asian cultures – while the reception married food from both cultures.

"Especially when doing weddings that are multicultural, it's important to have someone who knows how to bring in that ethnic flavour and helps steer you in the right direction so you strike that right balance and keep both families happy," Ms. Titus said.

"I would say 95 per cent of the couples we work with are from two different ethnicities," Ms. Singh said. "I don't know all the intricacies of all these different cultures, and sometimes there is a lot of prewedding educating on their customs, but the bottom line is that it's always a special moment and it's always about families." 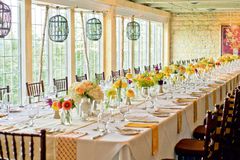 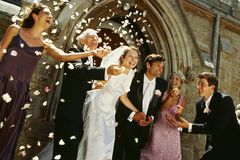 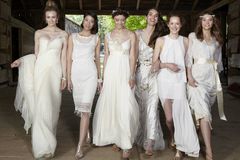