Many years ago, when I was a young reporter working in Winnipeg, I remember going to a gay bar with another journalist.

It was in an unmarked building above an insurance office. If you didn't know it was there, you would never have found it.

Parking was difficult and I left my car several blocks away. When I met my friend at the door, he asked where I had parked. I told him and said the weather was okay so I didn't mind the walk.

"But how fast can you run?" he asked me.

It was the first time I remember anyone making explicit the risk involved in being gay and going out to be with other gay people.

This month, I've been asking myself that same question again. A regulator has said that radio stations can't play a Dire Straits classic because of a certain gay slur in the lyrics.

The debate is whether we should go back and whitewash songs or books that came from a different time. It's a fair debate and a difficult one.

But it has also meant that I'm now seeing and hearing that word - a word tinged with hate and violence - more than I have in years.

When the song was popular, the word was everywhere. It was accepted as a common bit of slang to be used to criticize someone as weak and worthless.

Early in my career, I remember colleagues using it openly and laughingly in the newsroom. I learned to tune it out. But it always sparked that tiny bit of fear - a fear that returned when I saw that word in a headline recently. I had to ask myself why it triggered this response.

Today I'm secure in my career - or as secure as anyone can be - and I'm happily married. I have good friends and I work for an employer that makes sure I can do my job without having to worry about facing discrimination or harassment in the workplace.

But deep down, when I hear that word I still freeze.

I know that in the current debate some people argue that people like me are making a mountain out of a molehill. We're accused of being politically correct or wearing our contemporary sensibilities too prominently on our sleeves.

Maybe that's true. I've been a reporter for most of my career, working with words. I know the value of freedom of speech and expression. But I also know the power of words.

I have to wonder how many people heard that word just before they were attacked and beaten and in some cases killed? Matthew Shepard almost certainly heard it the night he was murdered in a lonely field in Wyoming.

And every time I hear it, even if it's in a song on the radio, it triggers something in me. I've been called that word many, many times in my life. I guess I should be grateful that words have been the only things thrown.

Even today, in my privileged life, I wonder when I hear it if next time it will be my turn.

Will the sting of that word be followed by a blow to the head? I've been lucky so far, but I wonder if my luck will finally run out.

Attacks on gay people continue in Canada, a fact I consider a disgrace in a nation as great as this. People walking in public, minding their own business, have been savagely beaten.

I honestly believe that as long as we keep that word in common use, we're not doing much to reverse that. I'm not suggesting we delete the term from the language. But I am suggesting we put it in its place. It's not a glib putdown to be tossed around. It's not a casual insult, and it's not funny.

So, when people argue that there's no harm in continuing to play that word on the radio - even if the songwriter's intent was to criticize those who use it - remember that may not be the case.

To some people, if they hear it on the radio or read it in the paper, they think it's okay to use it, that it's still a reasonable way to describe and dehumanize another human being.

The suggestion of that word is still that I deserve what I get. To some people, I am that word. That means if they want to go out with a baseball bat - or worse - and go after me, it's really not that bad. To them it's a useful way to justify what they're about to do. After all, that term doesn't apply to real men, right? It doesn't apply to people who hold a valuable place in our society, does it?

In my safe life today, I am many things. A spouse, a son, a friend, an employee, a neighbour and a co-worker.

But I am 46 years old and I can't run that fast any more. And that fact still leaves me a little bit frightened.

Terry Weber is an online editor at The Globe and Mail and lives in Toronto. 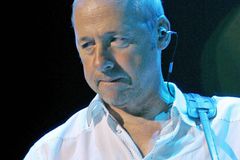 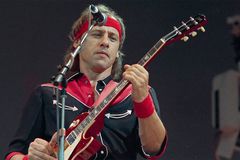 updated
Standards Council agrees to review controversial 'Money for Nothing' decision
January 21, 2011
Follow us on Twitter @globeandmail Opens in a new window
Report an error
Due to technical reasons, we have temporarily removed commenting from our articles. We hope to have this fixed soon. Thank you for your patience. If you are looking to give feedback on our new site, please send it along to feedback@globeandmail.com. If you want to write a letter to the editor, please forward to letters@globeandmail.com.
Comments