Edgar, a sparkly New York socialite, was known for the engrossing tales he'd spin for guests at fundraisers he seemed to host nightly. In reality, the man would spend much of the day ahead of each party jotting down anecdotes on index cards, a nervous habit he'd developed in college.

Edgar the social maven was actually a closet introvert: "I'd much rather sit and read and think about things than talk to people," he told Susan Cain, author of Quiet: The Power of Introverts in a World That Can't Stop Talking.

Studies suggest one out of every two or three people are introverts, but just like animals that carry shelter everywhere they go, many of us are "pseudo-extroverts" – introverts faking it through the social crush of modern life. Often overlooked or branded as "shy," introverts have long been up against the "extrovert ideal," which rewards the brash at school, at the office and at cocktail parties.

But it wasn't always this way. The 1900s saw a shift away from a "culture of character" to one of personality, much of it aligned with the rise of the salesman. The move from morals to magnetism has changed forever "who we are and whom we admire, how we act at job interviews and what we look for in an employee, how we court our mates and raise our children," Ms. Cain writes.

The former corporate lawyer – and introvert – spoke with The Globe and Mail from New York City.

Carl Jung said there are no pure introverts or extroverts – those people would be psychopaths.

Some people fall in the middle of the introvert-extrovert spectrum. They are what psychologists would call "ambiverts." Sometimes they're pulled in one direction outward and sometimes in the other direction inward. You're never all one thing.

This is a huge misconception. Introversion is just a preference for quieter, more minimally stimulating environments. Shyness is a fear of social judgment. Shy extroverts, that might be the most difficult combination. You want to be with a crowd but you're afraid of how the crowd is judging you.

Who has higher self-esteem, extroverts or introverts?

In general extroverts tend to have higher self-esteem, but I don't think that that is intrinsic to extroversion. Introverts are sent a message from a very early age that they should always strive to be more outgoing. Since I do believe that introversion and extroversion are as core to our identities as gender, it's a powerfully disabling thing to be sent the message that there's something wrong with that preference.

I'm not trying to take anything away from extroverts; I find it to be a very appealing personality style. I'm saying that we have a two-tier class system when it comes to personality style. To devalue introversion is a waste of talent, energy and happiness.

You write about "restorative niches," for instance Victorian women taking time alone in the afternoons between social callers.

That's something most people need – even extroverts need it. We live in a society that so prizes the person who's on the go, we feel guilty for taking those respites. I believe texting is so popular because it's a way of connecting without having to be 'on.'

You write that social media is a world in which "the pressure to entertain, to sell ourselves and never to be visibly anxious keeps ratcheting up." How do introverts deal with that?

It cuts both ways. Mainstream social media platforms like Facebook are becoming places for extroverts, according to research. You are accumulating a large number of friends, it's a place to exchange snippets of information as opposed to longer sustained conversations. On the other hand, social media can be used by introverts in ways that they might not be comfortable with interacting in real life.

Introverts and extroverts are often attracted to each other. Where do the conflicts arise?

The introvert comes home from work, they've had to be on all day and now they want to sit in an armchair and stare into space for a little bit. An extrovert comes home craving reconnection to their partner. When the partner can't give them that, they understandably feel abandoned. The only way to bridge it is for each to understand where the other is coming from and make allowances.

What are "free trait" agreements?

Here, maybe it's an agreement that you'll go out some of the time but then the introverted partner gets to stay home the rest of the time. And there's not going to be guilt or recrimination.

It's the new language for marital compromise, a new form of understanding of what's happening.

Introverts also fear and loathe small talk at the office and at dinner parties. Why?

They're just not constitutionally designed for it. There are a million little things going on in small talk: Introverts have been found to be not as good at processing that rapid-fire onslaught of information. They're much better at intellectual situations where you can focus on one subject. Recent research findings suggest that, actually, nobody likes small talk and everybody's happier if they have real conversations.

At work you mention extroverts are showy and efficient; they're often driven by status. Introverts, meanwhile, are slow and deliberate. Is that methodical process mistaken for lack of ambition or, worse, laziness?

Absolutely. The way you display your work or your ambition can often be misperceived. I interviewed [three-time Olympic gold medalist]Marnie McBean recently, this very dynamic, firecracker extrovert. She said that when she was first paired with Kathleen Heddle, a quietly steely, determined introvert, she was very upset and actually asked her coach to give her a different partner. She thought Kathleen was not up to snuff. Her coach said, 'You do realize that Kathleen is the best rower on the team, and she's even better than you, Marnie.' She hadn't realized that because she was so attuned to outside displays of ambition, competitiveness and fieriness, and Kathleen wasn't displaying any of those. I'd advise [introverts]that they might take some of their hard work and think about ways of drawing attention to themselves, ways that are comfortable for them.

Introverts loathe those things. Extrovert managers will often stage these events to build morale and make everybody feel appreciated, but it may backfire.

Ultimately you say you're offering the introverted reader "a newfound sense of entitlement to be yourself." That can mean staying at home on New Year's Eve or crossing the street to "avoid making aimless chit-chat with random acquaintances."

Most introverts aren't aware of how they are constantly spending their time in ways that they would prefer not to be. They've been doing it all their lives, so it just becomes second nature. I'm trying to give people entitlement inside their own minds to be who they are.

Is there a fear among introverts that if they do this enough they'll alienate everyone?

I'm not saying "to hell with everybody around me." In the case of an introvert married to an extrovert, you absolutely need to honour the needs of your extroverted partner. I'm saying start understanding that your own needs are legitimate. Then you can negotiate a balance between your own needs and those of the people you care about.

You also call for a greater balance of power between introverts and extroverts in society. Is that likely to happen?

I think we're still in the grip of the extrovert ideal, but I also see signs of change all around me. The interest that we've seen in yoga, meditation and simplicity, all of that is a marker of a culture-wide longing for more quiet in our lives than we're usually permitted. With the advent of the Web, there's been are tremendous profusion of people talking about this. There's a movement that's growing, and we'll be hearing about it more and more.

Do you have any restorative niches yourself?

When I'm at parties I go to the bathroom whether I need to or not just to feel quiet. I'm lucky now in my current life as a writer that my work in a way is one gigantic restorative niche, but I really like to work in libraries or in cafes because I like to feel the presence of other people around me but be able to also be in my own space. 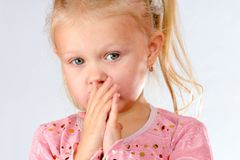 Early intervention can prevent shy kids from becoming troubled adults
December 15, 2017
Follow Zosia Bielski on Twitter @ZosiaBielski
Report an error Editorial code of conduct
Due to technical reasons, we have temporarily removed commenting from our articles. We hope to have this fixed soon. Thank you for your patience. If you are looking to give feedback on our new site, please send it along to feedback@globeandmail.com. If you want to write a letter to the editor, please forward to letters@globeandmail.com.
Comments