If your toaster breaks six months after you buy it, what do you do? Chances are, you pitch it and buy a new one for $30.

But Brenda Reid, my 89-year old family friend who is like a grandmother to me, can take a toaster apart and repair it. She can also magically remove blackberry stains from a white shirt (by stretching the fabric over a bowl and pouring boiling water over the stain). She knows how to candy flower petals to decorate a birthday cake, darn a sock and restore a burned pot with only baking soda.

Her knowledge is typical of women of her generation who were raised during the Depression, lived through the Second World War, and then raised their own families before there was Dollarama and all manner of consumer products that cost so little. These women are resilient and self-reliant – as well as smart with their money.

My grandmother, too, could fix any problem with what she could find in her kitchen and ran her home on creative thinking as well as parsimony. If my doll's arm fell off, she would find a way to put it back on. And if you complained of the cold, she wouldn't turn up the heat, but would tell you to put on a sweater. When my grandmother died recently, I realized how little of this knowledge I had retained. While such life skills used to be passed from one generation to the next, since the 1950s there has been a break in this wisdom chain.

To start, many of us don't cook any more. According to a recent article in Nutrition Journal, only a little more than half of us spend any time cooking in a given day. And while Brenda used to repair anything broken (including resoling her own running shoes with a mixture of turpentine and rubber), the low price of goods prompts Consumer Reports to recommend to readers that they toss a broken item if the cost of fixing it is more than half its price. Which inevitably it will be.

It's time to reverse these trends and start doing things for ourselves. Sure, some of us are canning and knitting and making salumi in the basement, but we need to adapt this DIY attitude more broadly and learn these life skills. It can be more convenient and time-saving – and often cheaper – to buy a replacement, but it would be better for all of us to learn some of the wisdom and ingenuity of this aging generation.

I don't mean to romanticize the old ways. I'm sure the fumes from melting rubber in turpentine to fix those soles were noxious and there's lots to be said about modern medicine. But as we rely more and more on consumer products, cheap goods and prepared foods, we lose our autonomy. Rather than take care of ourselves and think our way out of any problem, we become dependent on the products that are sold to us. Not to mention that it's better for the environment to give that toaster a second life. Think of all the metal and plastic used in production, as well as the energy and water embedded in the gadget. Recycling doesn't capture all this. You can also save money if you do it yourself. Often, these tricks are more convenient than a trip to the store – and what if Wal-Mart is closed?

Besides, climate change demands of us a new perspective. Extreme weather events, such as the storms that caused blackouts and flooding we saw across the country last year, require us to become MacGyvers in all situations.

So this year I will make an effort to preserve what I can of these domestic arts from the women I know. They would know what to do during a zombie apocalypse – we should, too.

To restore a badly burned pot, Brenda boils baking soda and water in it, and it comes out clean. She uses a lot of resource books, too. According to her copy of Better Housekeeping For the Million by J.S. Bainbridge (published in 1930), vinegar will remove sweat stains. Plus, Vaseline removes heavy grease stains. (I've saved a sweater this way!)

I'm asking anyone I can for suggestions. My brother-in-law's mother, Anne Gorman, one of four girls raised in Dublin in the 1950s by a single mother who also worked (think you have no time to darn a sock?), notes that you don't need to buy paper towels to clean your windows. Newsprint works better – the ink doesn't leave smear marks.

Forget about expensive beauty products: Gorman's mother would make a face mask with dry oatmeal and water. "It kept her skin very soft," she says. Instead of going for a manicure, my grandmother rubbed her nails with the skins of juiced lemons and grapefruits; it leaves them shiny and white. She had long, lovely nails.

Rather than buying pimple cream, my mother-in-law suggests making a paste with chickpea flour and turmeric, applying to the affected area and leaving it to dry. It works!

Gargling with water, salt and turmeric is my mother-in-law's standby solution for a sore throat. For a cough, mix three tablespoons of powdered ginger with two teaspoons of cloves, one tablespoon of honey and a quarter cup of jaggery, melted with a little water in a saucepan. Take it by the spoonful as you would a cough syrup. (This also keeps for months in your cupboard.)

"In the olden days, we didn't go to the doctor much," she remembers. "Home remedies worked."

When it comes to meals, the savings in time and money can be most remarkable – if you know what to do. For a quick dinner, my grandmother turned to the fastest of fast foods: the egg. Scrambled or turned into pancakes. In a yellowing and undated copy of Brenda's Enquire Within Upon Everything, the author suggests an economical dinner of fat ham or bacon, with equal amounts of potatoes and cabbages, "bruised well together" and fried. My mother-in-law boils lentils and rice seasoned with garlic, ginger and butter, to make kicharee faster than a pizza delivery.

Sarah Elton is the author of Consumed: Food for a Finite Planet.

What works for you

My granny was a fan of mustard plaster for a chest cold. Cheesecloth, Keene mustard mix, wrapped in plastic, then towel. @EastofGTA

Remove salt stains from shoes using mixture of 50 per cent water and 50 per cent vinegar. @IvankaJK

Struggling with the guilt of not having enough ‘woman skills’
January 9, 2014 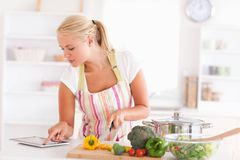 Ironing as therapy for working moms? This TV host thinks so
January 6, 2014 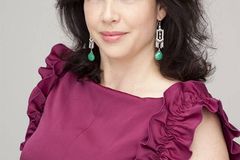 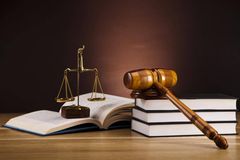 In some homes, men do more housework than women
June 3, 2013

Dirty work: What women think about the division of labour
June 2, 2013

The business case for rebalancing work and life
June 4, 2013