This month, GQ magazine provides a definitive answer to a question that's been raised repeatedly over the last decade: Are men becoming more like women?

Usually this question is asked with pearl-clutching concern borne by discomfort over increasingly fuzzy gender roles. The article in GQ in which the writer tries out male concealers, bronzers and eye-gels – never marketed as makeup, but that's what it is – and walks away from the experience praising the products for improving his looks, will no doubt add to that discomfort. A generation ago, an article like this would have been unthinkable in GQ.

That, from my perspective, is a massive sign of progress. Choice is a good thing. The more men are free to wear makeup or tote "murses" without stigma, the better.

But amidst all the fretting that a ruggedly masculine ideal is disappearing with each chest waxing appointment, something genuinely troubling is often ignored or not even acknowledged. The more that the "appearance industrial complex" directs its attention and marketing dollars on boys and men – with makeup lines, plastic surgery procedures, airbrushed images of sculpted abs and supposedly life-altering, babe-magnet body sprays – there is clear evidence that being asked to look in the mirror and find fault has some very dark and ugly consequences. Boys and men are increasingly suffering from eating disorders, depression and anxiety.

To which some women, who have been suffering the often crippling burdens imposed on them by the image industry for a whole lot longer, might say, "Welcome to the club. Sucks, doesn't it?" But it's important to realize we are undergoing a fundamental social shift.

"We have this perception that eating disorders are a female problem," says Alison Field, an associate professor of pediatrics at Boston Children's Hospital. In a long-term study published in January, Field and her colleagues found that nearly 18 per cent of boys are highly concerned with their weight and physique.

It's obviously a very troubling phenomenon, especially given it wasn't even on the radar as recently as the late 1990s. Back then, when Field began following a group of teenage boys, the scales used to identify and measure body image issues were focused on young women, she says.

Researchers are now recognizing that boys are increasingly affected by body-image issues, although given the added stigma – it's difficult for boys to come forward with what we've too long deemed a girl's problem – we don't know how pervasive the problem is.

When it comes to anorexia nervosa and bulimia nervosa, men make up 10 per cent of all cases, she says. But there are some studies that suggest that when all eating disorders are included, such as binge eating and body dysmorphic disorder, men make up as much as 25 per cent of sufferers.

"There's more and more emphasis in society on how men look. More and more ads and magazine covers that are very airbrushed [and have] touched up images of males, completely impossible looks that anyone could possibly achieve," Field says.

The Canadian Society of Plastic Surgeons does not track data on who goes under the knife. But in the U.S., the number of cosmetic procedures for men jumped 106 per cent between 1997 and 2012. Last year alone, liposuction for men was up 24 per cent.

Today, fully one-third of his practice is made up of men, he says. (According to the clinic website, Lista performs more than 1,200 surgeries a year.)

The most sought after procedures are liposuction, tummy tucks and face-lifts, Lista says, although they're all second to "the big one."

"The big one is gynecomastia correction," or male breast correction surgery, Lista says.

"It's easy to say, and people have been trying to tell women this for a long time, 'You're beautiful just the way you are, you don't need to do anything,' But try saying that to a 21-year-old who's embarrassed to take his shirt off in the change room," he says.

Susan Pinker, a Montreal-based psychologist, says there is "an increasing male vanity" that is due to the fact that men are more concerned about their appearance and health, she says, because they are living longer and want to be attractive to future mates. It's a welcome change from the past, when too many men keeled over from heart disease because they never bothered to exercise. But studies of eating disorders and body-image issues among young men show there's something much more insidious at work here than a desire to be healthy.

How to address that problem will require a lot of work. But the starting point is acknowledging what's become a clear fact, one that's been known by women for a long time: There are harmful consequences to being pushed to look in the mirror when you're surrounded by impossibly air-brushed ideals. If this was once only a female problem, it no longer is.

Are monocles really a hot accessory for hipsters?
April 2, 2014 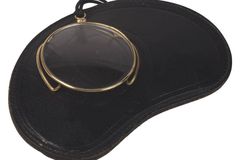 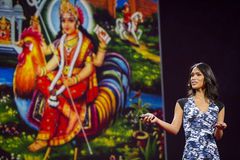