At this very moment, I bet you're not thinking about deep-fried haggis wonton for dinner. But then, you're not Toddish McWong. That's the famous persona of Todd Wong, a 51-year-old Chinese-Canadian who works as a library assistant in Vancouver. His annual Gung Haggis Fat Choy dinner marks its 15th year next Sunday. An amalgam of traditions for Chinese New Year and Robbie Burns Night, the dinner is a celebration of Canadian multiculturalism that has grown in popularity every year. (There's a spin-off Gung Haggis Fat Choy dinner in Seattle and ambitions to roll them out across Canada.)

It all began with a willingness to wear a kilt in the snow in 1993 at Simon Fraser University in British Columbia, when Mr. Wong knew little of the Scottish bard's birthday. In a phone conversation with The Globe and Mail from Vancouver, Mr. Wong takes up the tale.

I have read that you were a mature student at Simon Fraser University when you were asked to help out with the traditional Robbie Burns dinner. What was your first impression?

I thought it was this weird ethnic tradition. They gave me a kilt to wear, the Fraser hunting tartan. And I was carrying the claymore [the Scottish version of a medieval long sword] We walked around the cafeteria. There was a lonely piper. And the haggis tasted really weird. So I decided I would have some fun with it. I called myself Toddish McWong and thought it would make a good statement about multiculturalism.

How did that change into an annual cross-cultural celebration of Chinese New Year and Robbie Burns?

Friends continued to call me Toddish McWong for years and tease me about it. And then in 1998, I discovered that Robbie Burns Day was two days away from Chinese New Year. So I decided to combine the two. I invited friends who were of Chinese and Scottish ancestry and I went to the library to read about how you do a Robbie Burns dinner. You have to read poetry. And at that point I brought in Chinese Canadian poetry, too. And then the next year, friends asked, 'Will you do the dinner again?' It was so much work, we moved it to a restaurant. It has gotten bigger every year. Last year it was 439 people. It's not a fundraiser, exactly. But it increases awareness of non-profit groups that I work with. I'm president of Joy Kogawa House, vice-president of the Asian-Canadian Writers' Workshop and co-chair and founder of the Gung Haggis Fat Choy dragon boat team.

What's the meaning of the dinner's title?

It's a play on words. In Cantonese, Gung Hay Fat Choy is a traditional Chinese New Year greeting, wishing you prosperity and good health.

You're fifth-generation Chinese-Canadian. Historically, the relationship between Anglo and Chinese cultures has been filled with tension. Were you making a comment on your own experience of being a visible minority?

I was very aware of being on the outside, being called chink and other names, knowing I was non-white. I would say that I grew up with negative identity. There was a sense of being ashamed of being Chinese. And I was aware of racism in Vancouver itself, learning about the head tax and the exclusion act, which were basically passed by politicians who were of Scottish ancestry. There were some clashes between the cultures, particularly during the construction of the railroads and also in the mines. The history of British Columbia is not French and English as it is in Ontario and Quebec. I feel that it is truly Scottish and Chinese.

How much of your life has this multicultural tradition taken up?

It has taken over my life. The preparation is all consuming. Throughout the year, if I see something that I think should be at the dinner, I'll bring it in. At the British Columbia Highland Games, I met a young fiddle player, Jocelyn Pettit. Her mother is Chinese-Canadian and her father is a French-Irish-Scottish-Canadian mixture. She's an incredible player so we featured her last year at the dinner. Every year, we add surprises. We're working on a version of setting Robbie Burns lyrics to Elvis Presley music. We've done rap versions of Address to a Haggis.

Have there been cross-cultural food flops at this dinner?

One year we tried haggis wonton soup. It depends on how big you make the wonton, and that year they made it big. When you bit into it, it was way too haggisy. It almost made me gag. So we don't do that any more.

What are the most popular dishes?

We serve haggis, traditional-style, for the purists and we also serve it as traditional Chinese lettuce wrap. People are encouraged to take the lettuce, put some Chinese barbecue sauce in it and to take a spoonful of haggis and mix it with that. It's very popular. So are haggis spring rolls.

Are you thinking of doing more cross-cultural dinners?

I'm thinking that St. Patrick's Day would be great for Persian New Year [which usually occurs around March 21] And last year, we did a special dinner with [CBC's]Shelagh Rogers and called it Gung Haggis Fat Choy Pow Wow Dinner because we included aboriginal traditions.

Are you more comfortable in a kilt now?

Oh yes. I own seven. And I probably wear a kilt at least three times a month. We have kilts night at a local pub. If you wear your kilt, they give you a free pint of Guinness.

Do you ever get purists who say your Gung Haggis Fat Choy dinner tradition muddies the two cultures?

On the contrary. People say it's more Canadian when you're mixing things up.

A haggis-flavoured Robbie Burns dinner without the offal
May 3, 2018 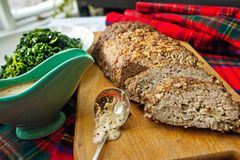 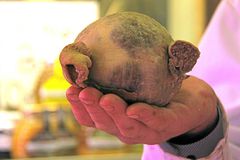 Steamed whole fish with soy sauce
April 28, 2018
Rice noodles with pork
April 29, 2018
Follow Sarah Hampson on Twitter @Hampsonwrites
Report an error Editorial code of conduct
Due to technical reasons, we have temporarily removed commenting from our articles. We hope to have this fixed soon. Thank you for your patience. If you are looking to give feedback on our new site, please send it along to feedback@globeandmail.com. If you want to write a letter to the editor, please forward to letters@globeandmail.com.
Comments