Need a little example of what happens when you stop caring about the happiness of your partner?

Go no further than The Last Party: Scenes from My Life with Norman Mailer, by Adele Mailer. Sure, it was written in 1997. But unhappy marriages have a way of being universal.

Well, okay. They don't all end with a stabbing and a tell-all memoir about famous people's shenanigans. But still.

What other relationship question is as thorny as the issue of whether one partner should feel (and take) responsibility for the happiness of the other?

Become too enmeshed and out come the wagging fingers about how you're too co-dependent, allowing the mood of one to affect the well-being of the other. And yet, what's an intimate relationship if you don't look across the room at your best friend and lover and wonder how he feels? And if he's blue for whatever reason, wouldn't it be a good thing to suggest you go for a quiet walk together among the trees?

For anyone who has been through a break-up or has simply weathered a rocky union, you know that when you stop caring about the happiness of the other, good things do not ensue. You're back to thinking as a singleton, not as a couple.

Most relationships start out with mutual happiness-making, of course. He says that he had walked around for so many years feeling dead inside, but that she had changed that, allowing him to feel alive. (That's what Mr. Mailer, who had just burst upon the literary scene with The Naked and the Dead, more or less told the woman who would become his second wife when they met in New York in 1950.) He was enthralled with her, listening to her, taking her hand, squeezing it when they were at a party to let her know they were one.

And it's not just the love drug at work, that well-known hit of dopamine, serotonin and oxytocin that floods the brain when smitten. Being happy in the company of the other and wanting him or her to be happy, too, is part of how we love, as well as how we measure the success of a union.

Which makes evolutionary sense, according to Helen Fisher, a biological anthropologist and professor at Rutgers University in New Jersey. To make the other happy is not about co-dependence – often a pejorative word in the world of relationships experts – but a natural function of human beings who are wired to be socially dependent. "We know about the biology of empathy," says the author of five books, including Why We Love. "For millions of years, we have lived in groups, and we have a natural need to please the people around us and make sure they're in good health and happy."

The problem – because a lack of happiness (or a perceived one) can sink the most buoyant of unions – is that we have too narrow a definition of what kind of effort should be undertaken to make the other person happy. There are people – both men and women – who have more of what Dr. Fisher calls "the testosterone system," and as a result, they're less empathetic in the touchy-feely way than those who are "expressive of the estrogen system."

They may not rub your feet at night, in other words, but that doesn't mean they don't work to make the other person happy.

As a culture, we've been feminized (or estrogen-ized), Dr. Fisher says, with ideas that happiness-making efforts involve cuddles and cards, flowers and candlelight. But providing a home and working late at night at a job can all be expressions of a desire to make the other person happy. "Intuitively we know that people are different, but somehow we really don't come to grips with the fact that people may define happiness differently and may define romantic love differently."

Still, both men and women are capable of being overly empathetic, to the point that they worry so much about the other's happiness, they fail to protect themselves. In her memoir, My Life So Far, Jane Fonda described her three failed marriages (and other ultimately unhappy relationships) as being the result of her "disease to please." And when one person feels he is always bending over backward to make the other person happy – and they get little or nothing in return – resentment builds.

Here's an expert opinion on the delicate balancing act of monitoring each other's happiness: "Each partner will want to be aware or mindful of their partner's emotions and overall well-being so that they can be supportive, but it's not their responsibility to fix it or change it," says Deborah Brakeley, a Vancouver family and couples counsellor. "If each partner takes on their own responsibility for their happiness, they're more likely to have an abundance of shared happiness between them. And happiness, like love, is contagious. It spreads between hearts and minds."

All true, according to studies. Happiness is like the flu. (And so, unfortunately, is misery.)

Check in with the Mailers, 10 years post-marriage and no longer hand-holding lovebirds. Theirs had become a union of mutual misery-making. They taunted each other with real affairs and implied ones. They traded demeaning insults. After one night of hard drinking, Mr. Mailer charged into the living room and stabbed her with a dirty three-inch penknife, she writes.

She told police she had fallen on a broken bottle. He was a literary star, and she felt the need to protect him. They were headed for divorce, but on her hospital bed, they held each other and cried. "I knew his tears were of self-pity," she writes cryptically. "It was all gone between us, and I mourned the tears that were not for me."

Well, there's the upside then. At least there wasn't anything to misinterpret.

Put your partner on a pedestal? You might have a happier marriage
March 1, 2011 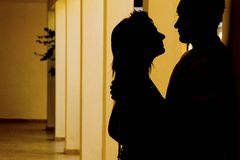 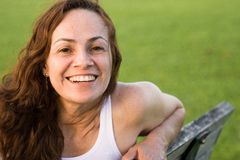 Parental bliss takes time to recognize
January 30, 2011
Follow Sarah Hampson on Twitter @Hampsonwrites
Report an error Editorial code of conduct
Due to technical reasons, we have temporarily removed commenting from our articles. We hope to have this fixed soon. Thank you for your patience. If you are looking to give feedback on our new site, please send it along to feedback@globeandmail.com. If you want to write a letter to the editor, please forward to letters@globeandmail.com.
Comments