This is the first instalment of a new column, exclusive to The Globe.

I recently turned 50. And it was just that, a turn. A gentle turn, a little shift, nothing dramatic or scary. Certainly not the morass of middle-aged torpor I'd been girding my loins for.

I entered my 40s weeping, because I didn't want to be famous any more. I was actually perfectly happy and newly in love but my 40th birthday fell on the same day as the premiere of a film I was in at the Sundance Film Festival, so an excess of altitude, alcohol and adulation sent me over the edge.

At 30, I had the regulation freak-out and changed my life completely. The first thing I did that birthday morning was have a meeting with a divorce lawyer.

But turning 50 has been a breeze. I have been longing to be 50 for ages, you see. I just like the sound of it. I like that people can't believe it's true. I like that I am dancing in a kickline in a Broadway musical every night with girls half my age and that my body is in better shape than it has been in any of my previous five decades, even though I party like a 20-year-old and can drink those kickline girls under the table. (Well, I am Scottish after all. It's a national trait.)

I enjoy getting older. Is that so wrong? What I'm not so keen on is other people getting older. They get a bit boring, frankly. They talk about themselves as if they've had some sort of debilitating accident and can no longer function as they used to.

They use phrases like "back in the day" – which day, I want to ask. They stay at home more. And worse, they lose interest in life. And that is something I will never accept. If you can't summon up the energy to be curious, I don't want to waste my time on you. This weekend there were six 20-year-olds – my nephew and his college chums – in our apartment, and I loved being around them. It's fascinating to find out what are their priorities and hopes in life, and at the same time let them see what my life is like. I've found that I like being able to be a bit wise, and being 50 finally seems to make it okay to say so. I have wisdom, people! Like Jaques in As You Like It, I have gained my experience. I don't mean to sound pompous, and it certainly wasn't a one-way street in terms of life affirmations. The 20-year-olds came to a party in my dressing room and I was DJing. As I played a new track, I heard a shout from the crowd, "Nailed it, Uncle Alan!" I couldn't have been happier.

That's not to say that the big five-oh has no portent for me. Oh no. Like another well-known Scot, I do indeed feel in my prime, but the very acceptance of such a state brings with it the sobering realization that after the prime, there is the decline. And of course it has already begun. Indeed, the acceptance that life is but a slow march toward death means I spend a lot of my time nowadays just maintaining: twice-weekly physical therapy, a weekly IV of vitamins and glutathione, Pilates, vitamins and oils and unctions up the wazoo. But not just so I can do my job well, more so I can live my life well, in the way I want to live it: engaged and open and alert.

Sometimes I feel that people think actors like me are babies. We have (if we're lucky) managers and agents and publicists and assistants helping us and telling us what to do. I know I do. Team Alan is vast, people. But the older I get I find that I am the one that makes the decisions and guides the team. And not just in the work arena. My 50th birthday party was a huge success because I made it very clear to everyone what it was going to be like and what we were all going to do. It was a disco inferno dance party where costumes were as absolutely mandatory as fun. The invitation stated that the first two hours were "loungey" and we all gathered and chatted and drank, then at 10 o'clock precisely, the DJ ramped up the volume and like the Pied Piper of Pop I led the throngs downstairs to the dance floor for the "Dance Your Tits Off" conclusion to the evening. I made it clear I wanted no gifts but suggested two charities I'd like them to donate to if they so desired.

Everyone had a blast and really let go because they felt comfortable and understood the rules. And there is no greater feeling, for me at any rate, than watching people relax and have a good time. Maybe it's the Scotsman in me, maybe it's the entertainer, maybe it's the party monster wanting to spread the love. Or maybe I'm just bossy. I don't really care – it's working. At 50, I've finally become the CEO of my own life and it's such, such fun.

Finding your sweet spot: How to be happier and more productive – by doing less
February 11, 2015 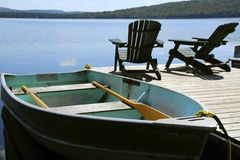 How to be a modern husband: ‘The right to be worried about things, to be wrong, to be confused’ and more, says husband-author
February 5, 2015 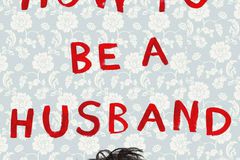 The Globe Do-Over: What advice would you give your younger self?
February 1, 2015 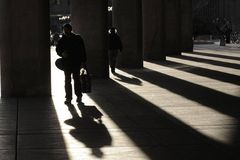