One early morning in 2009, Mark Sakamoto, a 31-year-old Toronto lawyer at the time, attends his first meeting as a member of then-Opposition Leader Michael Ignatieff's staff.

The meeting in Parliament's Centre Block ends. The team heads for breakfast. Mr. Ignatieff points to the boardroom next door to his office, Room 409-S. He says, "That was King's War Room" – where Canada's 10th prime minister, William Lyon Mackenzie King, directed his country during the Second World War.

"I hated that room for what it had done to those I loved," Mr. Sakamoto writes in his new memoir, Forgiveness: A Gift from My Grandparents.

King and his war cabinet made monumental decisions in Room 409-S. Like the decision to send Mr. Sakamoto's maternal grandfather, Ralph Augustus MacLean, into the Battle of Hong Kong, a pointless, bloody conflict that ended with Mr. MacLean and his fellow Canadian soldiers surrendering to a hugely superior Japanese force.

And the decision to intern his paternal grandparents, Mitsue and Hideo Sakamoto of Vancouver, and nearly 30,000 other Canadians of Japanese descent, to strip them of their property, commit them to poverty, debase and humiliate them.

The decisions made in Room 409-S nearly ruined the lives of his grandparents. But they also led, indirectly, to a family dinner years later where his grandparents met for the first time and blessed the love of the two young people – the daughter of a Japanese PoW and the son of interned Japanese Canadians – who became Mr. Sakamoto's parents.

"Thirty-three years later, the forgiveness that was shared that night would save my life," Mr. Sakamoto writes.

Today, Mr. Sakamoto is 36, a successful software company executive and married with two children. His detailed interviews with his grandfather Ralph MacLean and grandmother Mitsue Sakamoto make up three-quarters of his book.

His grandfather Ralph, who lived in Quebec's hardscrabble Magdalen Islands before volunteering for the Royal Rifles, was among the 2,000 Canadian soldiers sent to Hong Kong in 1941 because their government wanted a flashy, high-profile military engagement – despite the knowledge that the defence of the colony was hopeless. He lived out the war being starved and beaten in a Japanese slave-labour camp.

His grandparents in Vancouver were victims of the racism and greed that propelled the Canadian government to order the internment of Japanese Canadians and seizure of their property – despite advice from the army, navy and RCMP that they posed no security threat internally or externally.

In 1943, long after the Japanese navy had been vanquished – "The Japanese troops would have had to rowboat over to invade Vancouver," Mr. Sakamoto says in an interview – the Sakamoto family was shipped to Alberta, housed in a farmer's chicken coop and made to do stoop labour on his land.

In time, the war ended. The Sakamotos, who lost everything, were sent $25.65 in government compensation. Ralph MacLean was repatriated, landing in Vancouver at the same pier from which he had embarked for Hong Kong four years earlier. The train taking him home to Quebec stopped in Calgary and he fell in love with a girl, Phyllis Dee, who met the train as part of a throng of well-wishers. He returned to Calgary and married her. They had a daughter, Diane.

The Sakamotos moved to Medicine Hat, where their third child was born, Stanley Sakamoto.

In the fall of 1967, Diane was cajoled by her cousin Darlene into attending a dance at Medicine Hat's McCoy Catholic High School. She wore a green dress. She danced to the Beatles. She met Stan. These are Mark Sakamoto's parents.

The first time Mitsue Sakamoto met Ralph MacLean – at the dinner held in Ralph and Diane's honour at her house – she instantly bonded with him. Her forgiveness was cemented in shikata ga nai – "It cannot be helped." It cannot be helped, so move on. Mrs. Sakamoto died last fall at 93.

Ralph MacLean never once raised the issue of Stan Sakamoto's race as the young man moved into his daughter's life. His forgiveness for what had been done to him was rooted in his deep Anglican beliefs. Love your enemies, do good to those who hate you, pray for those who mistreat you. Today, he is 91 and vibrantly healthy.

Says Mr. Sakamoto, "I used to think of forgiveness as transactional. I harmed you, you harmed me, let's shake hands and go our separate ways.

"The way my grandparents came about it is that they didn't want to pass those injurious years onto their children. They needed to fundamentally cleanse their hearts so that their kids didn't feel the burdens of those transgressions."

The last quarter of Forgiveness is about Mr. Sakamoto's mother. It is titled "The Gift."

While Mark Sakamoto and his younger brother, Daniel, were still children, their mother became an alcoholic. She left their father. She moved in with a violent man. She drank herself to death in the basement of a skid-row hotel in Medicine Hat while Mr. Sakamoto was in university.

The "gift" from his grandparents was that he brought himself to forgive his mother, to cleanse his heart of the resentment, hurt and sadness he felt toward her.

"I felt that with my daughter when she was born," Mr. Sakamoto says, "when I was holding Miya, and I was angry because my mum wasn't there.

"That's where I started with the link, that my heart was that little daughter's home, her emotional home, just like my grandparents understood that their heart was their children's emotional home, and if it was clouded with anger at the Canadian government, at the Japanese forces that captured my grandfather and starved him and beat him, and if they dwelt on those injurious years and passed them on, that would be the real transgression."

"I didn't want my daughter to feel what I was feeling," Mr. Sakamoto says. "And forgiveness is the only escape hatch we have in that regard."

Facts & Arguments
How I learned that forgiveness is not forever
September 23, 2012 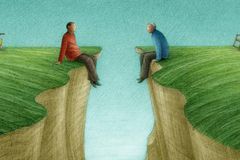 Facts & Arguments
Our grandparents taught us what true forgiveness looks like
December 25, 2011 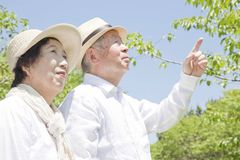 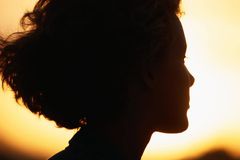 Facts & Arguments
After my parents divorced, my childhood was no longer mine. It belonged to them
June 5, 2013 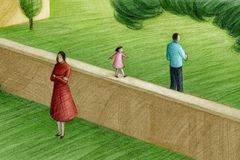 Have your say: Can a disgraced athlete redeem himself?
January 21, 2013 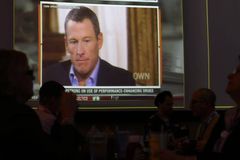