You should talk to your wife, then she or both of you should talk to your mother-in-law and explain that your daughter was upset and therefore broke her promise – but she did the right thing in asking a parent for help. Ask your mother-in-law not to share sensitive information and not to ask your daughter to keep secrets. However, you mention that your wife might be mad at your daughter for breaking her promise. If this turns out to be the case, I think you have a bigger problem on your hands.

Your daughter needs to know that she doesn't have to agree to keep a secret just because someone has asked. She can say something like, "I can never remember what is secret and what isn't." Secrets make us feel dishonest, divide our loyalties and cause unnecessary guilt. You and your wife should take on the role of the adults that you are and talk openly about her previous engagement. There are enough real problems in families without creating imagined ones.

Your mother-in-law realized that she had said something to her granddaughter that she should not have said. She tried damage control. Nothing is to be gained by calling her on it. Explain to your daughter that sometimes things are said that are better not repeated. But that her telling you did no harm. Then let it die. Trying to teach mother-in-law a lesson is just going to lead to a lot more trouble.

The problem, as I've managed to decode it, is, firstly, that your mom-in-law asked your daughter to keep a secret. This irritated you because it led your daughter to believe, in essence, that a worm of deceit must lurk somewhere at the heart of her parents' marriage. Understood. As Michael notes, Grandma was probably feeling a bit garrulous one day, realized she was talking to her nine-year-old granddaughter as opposed to one of her ginned-up bridge partners and, panicked, took the half-assed "secret" about your wife's former love and sloppily duct-taped it within yet another secret – a "don't tell" pact between Grandma and Granddaughter.

Poor kid couldn't take the pressure. The duct tape unravels, she comes to you in her freaked-out suspicion that her home is a hotbed of mendacity, and how do you reassure her? You apply more duct tape. You promise not to tell that she's told. New secret, copiously taped around the previous secret, which was taped over the original secret, which wasn't even much of a secret in the first place.

As Jennifer says, secrets make us feel dishonest and cause unnecessary guilt – wow, does that ever bear itself out here. Your really should have nipped this in the bud – laughed it off, yanked away all the silly, tattered tape and said to your daughter, Honey, it's really no big deal. Instead, you made a promise to keep another secret, a promise you have no choice but to violate.

A reader writes: My daughter-in-law is a generous woman. She sends us a huge box of assorted goodies on every possible occasion. Trouble is, we have everything we need, very little storage space and a strong desire to pare back even more. We suggested donating to charity in lieu of gifts, and we are doing that, but the boxes keep coming – now it's "joke" gifts, plus oceans of sweets. Nothing is less funny to us, or more depressing, than made-in-China plastic gewgaws. And when we do indulge our sweet tooth, we prefer our own choice. How can I stop the flow without alienating the giver?

Lynn Coady is the author of novels Strange Heaven and Mean Boy.

E-mail us at grouptherapy@globeandmail.com . All questions are published anonymously, but we'll include your name and hometown if we use your response (it will be edited). 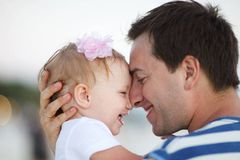