It's that time of year when everyone – family, friends, colleagues, fellow transit users – seems to be sick. While I find it troubling to sit beside someone who's sneezing and snuffling on the train, I know there's nothing I can do but wash my hands. What really irks me is when co-workers, including bosses, insist on working through illnesses. Not only is it unproductive, but everyone else ends up getting sick, too. What can I do?

I've worked on and off in offices all my adult life. Lately, though, mostly from home. Tell you what I miss: free office supplies and IT guys.

What I don't miss: endless, pointless meetings, listening to soliloquies from people for whom the sound of their own voice is the most beautiful music – like an enchanting, Mozartian symphony – feeling your life force being sucked up through the vents in the ceiling.

I also don't miss sniffling, red-nosed, rheumy-eyed, should-be-in-bed colleagues, thinking they're being "worker-heroes," coming over to your desk: "Here's that – ATCHOO! – sorry – file you asked for."

You want to grab them by the lapels and say: "Go home! Just freakin' go home." Except you don't want to get that close.

A recent survey suggested about 60 per cent of people go to work sick. Of those, three in 10 say they go to work sick because they feel they're "too important" to stay home. Which is annoying, to be sure, but we can surmise that, times being what they are, the other 70 per cent are probably afraid that if they stay home for anything less than a sucking flesh wound it'll be frowned upon by management – same reason many don't take paternity leave and eschew lieu days. We're afraid for our jobs.

Bearing this in mind, let's treat "the walking ill" in our office as we always treat everyone: with compassion. Damage Control Nation, do I hear an "Okay, if you say so, Dave"?

Let me start by running through a few defensive measures you can take – quickly, because I know most people already know them, but I think they bear repeating:

First and foremost, wash hands frequently. I learned this early as a father of three. Little kids are like plague rats, constantly bringing germs of all kinds into the house, sneezing, coughing and drooling everywhere. Against their malevolent maladies, hand washing is your best defence.

Now I know it's tough and also possibly frowned upon to go to the washroom too frequently in an office. Simple solution: Keep hand sanitizer at your desk. Oh, here's one not everyone will know: Try to touch your own face as little as possible. That transfers germs from your hands to your, uh, cranial orifices, which you don't want. And obviously avoid your sick co-workers ("like the plague") and drink a lot of fluids.

I've seen pictures of people wearing surgical masks to work. I think that's a little over-the-top. But if a significant number of people in your office were sick and you were to wear a pair of disposable surgical gloves to go to the washroom, would that be annoying? I don't think so. It's serious business getting sick: You lose valuable productivity and you can come home and make your whole family sick. And if we're talking about the flu, a.k.a. influenza, it can land you in the hospital or even, in some cases, the morgue.

I even think you're well within your rights to say something to your under-the-weather co-workers. Like: "Dude, you should be home in bed." A statement like that has the twin virtues of being both compassionate and true.

If they object, say they "can't" and they're "too busy," suggest they find a way to work from home. These days, with all the technology at our disposal, unless you're, say, a landscape architect, it's probably possible to do whatever is so urgent from the comfort of your comforter.

And point out that they can return reinvigorated and get twice as much done. Whereas by dragging their sickly self in every day, they're just prolonging their own agony – and, I even think you could gently hint (after all, it's true and everyone knows it), getting others sick, which is bad for productivity as a whole.

Of course, when your turn comes and you start coming down with something, walk the walk: Stay home. Take some NyQuil and NeoCitran and come back swinging when you feel better.

Are you in a sticky situation? Send your dilemmas to damage@globeandmail.com. Please include a daytime contact number so we can follow up with any queries. 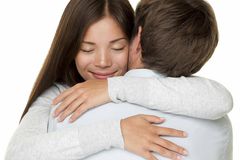 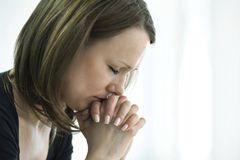 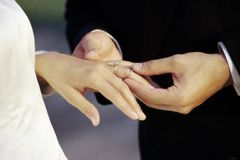