I've seen my neighbour walking down the block wasted to the point of staggering in the middle of the day, several times. I figure that's her prerogative. But the other day, my husband and I saw her stagger out of her car, go to her front door, then stagger back to the car, get back in and drive off.

I want to confront her (when she's sober) and tell her if I see her do that again I'm calling the police. My husband doesn't want her to know it was us who reported her, he says just to call the police and report her if we see this happen again. The problem I'm having with that scenario is: What if she kills someone in the meantime? Your opinion?

This makes me furious.

I drive, but avoid even driving sober, because I know I suck as a driver: I'm absent-minded and dumb and can't handle the idea that I might one day be checking my hair in the mirror, or thinking about my taxes, and suddenly there's a stroller under my front wheel.

But the thought that, with everything we now know, that anyone could possibly get behind the wheel of a car while staggering drunk is incomprehensible to me.

What you are saying is: "I am willing to take the chance that I will destroy an entire family, and all the lives surrounding them, with my moronic decision."

Same goes for texting, by the way, while we're (sort of) on the topic.

If it's me they kill while driving drunk or updating Facebook, I'm going to rest in my grave for a time, then one night the person who killed me is going to go out on their back porch and there will be a flash of lightning – illuminating me, a bloody undead zombie corpse, there to exact my revenge.

We have so many stories to draw on. But the one that hit the news most recently was the Marco Muzzo case, in which the driver was so drunk that when the police found him he was staggering, and three children and a grandfather were killed, a family destroyed.

The mother, Jennifer Neville-Lake said, "This was a choice made by an individual and choices are actions that have consequences."

Remarkably composed, that, to me, in the midst of pain I can barely comprehend. But exactly: to get in a car drunk is a choice, made by an individual, and choices are actions that have consequences.

My point? Yes, most emphatically, broach the subject and do not stand on ceremony. I, as your advice columnist, give you permission if you want, to grab the keys out of her hand and toss them in the storm drain.

Why wait until she's sober? As you say, every moment you wait there's a family that could be killed. Go after her, confront her, call police, whatever you have to do.

Let your anger be your guide and, no offence, but don't listen to your husband and feel like you have to be circumspect. I would confront her full on and tell her to give her your keys.

Obviously that encounter might not go well. I don't care. I think you should be proactive.

May I say something else? We are all Canadian, which in the world's eyes means we love to be polite and we're bashful.

And that is one of the many great things about living in this great country, which increasingly is looking like a Utopian bubble in a world gone completely haywire. But there comes a point where our innate politeness and bashfulness should be set aside, and I believe from what you have told me the situation with your neighbour has reached that point.

Grab her keys if you have to, or call the police. Do whatever you have to to stop her from getting in that loaded weapon. 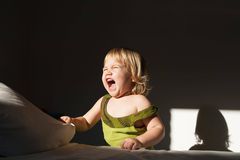 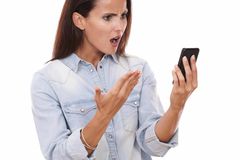 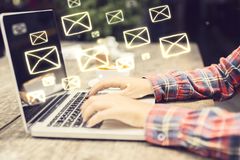