OkCupid has courted controversy by experimenting on some of its users and then broadcasting that point on the company's research blog earlier this week. The dating-site-turned-laboratory recently performed three experiments, removing photos and text and tampering with compatibility ratings for some.

That last one may land them in violation of U.S. Federal Trade Commission rules that prohibit "unfair and deceptive" practices by a company that misleads consumers.

In a post titled "We Experiment on Human Beings!" OkCupid company president Christian Rudder was flippant about the exercise, this as Facebook faces a privacy complaint filed with the FTC, after the social-media giant tinkered with its popular news feed to manipulate the emotions of nearly 700,000 Facebook friends.

"We noticed recently that people didn't like it when Facebook 'experimented' with their news feed," wrote Rudder on the dating site's blog. "But guess what, everybody: If you use the Internet, you're the subject of hundreds of experiments at any given time, on every site. That's how websites work."

Facebook's data-use policy notes that members' information might be used in research when they sign up. On OkCupid, members sign terms of service that specify personal data could be used in research and analysis. Rudder told Reuters that the " 'handful' of users subjected to the experiment were notified at its conclusion."

When photos were replaced, some 2,200 users were in mid-conversations that had started "blind." It seems those users abruptly started acting more like themselves when photos were put back up: "Those conversations melted away," Rudder observed. "It was like we'd turned on the bright lights at the bar at midnight."

One of OkCupid's conclusions? "Basically, people are exactly as shallow as their technology allows them to be."

The final experiment, described on the company's blog as "The Power of Suggestion," was the most controversial. Exploring how effective its matching algorithms really are, the company took pairs of bad matches – a 30-per-cent match from the dating service constitutes a poor one – and then lied to them, suggesting instead that they were 90-per-cent compatible. Predictably, those folks sent out more messages than they would have if they'd been rated mismatched. "When we tell people they are a good match, they act as if they are. Even when they should be wrong for each other," Rudder wrote.

Some of the conclusions seemed somewhat obvious, so was the ethically dubious experimentation worth it? And is it alright for dating or social-media sites to use their subjects as guinea pigs?

"There's something about the ethics of this that rankles," says professor Rhonda McEwen, who teaches new media at the University of Toronto Mississauga's Institute of Communication, Culture, Information and Technology. "It's manipulation in a very sensitive area of people's lives."

McEwen doesn't think that hints in a user agreement give dating or social-media sites the ethical licence to morph into labs: "There's a problem here with being made a participant without real explicit consent. Yes, you signed the user licence, but that's different than actually being asked to engage in a very specific experiment. ... [User agreements] are these theoretical things that people have a vague sense of. They haven't really read the details. It's become an automatic, 'Yeah, yeah, sure, download,' without actually thinking it's going to be used."

She adds: "The issue here is broadcast: how far this can go, how much it can be stored and saved."

So what about OkCupid users who have seemed blasé about the experimentation, who didn't mind the manipulation because it lasted all of one day? McEwen says there does exist a small apathetic cohort, albeit one that may be growing.

"Younger users are becoming used to that tradeoff of privacy and potential manipulation over use of a service. They see it as a transactional thing: If my participation in this means I have to give this other stuff up, I'm okay to do that." 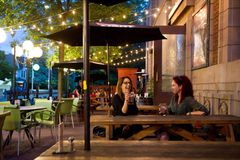 Everything you need to know about dating on Tinder (and how Canadians are using it)
April 17, 2014 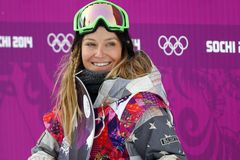