Generally speaking, ant invasions, like tulips and excessive lustiness, are something we associate with springtime. But given the recent heat wave, it's not surprising that the unwanted houseguests have made a mid-summer resurgence - they're heading indoors in search of food and water. You've tried the traps to no avail, so now what? Here's some tips on how to eradicate ants using only what you've got in your pantry and medicine cabinet.

Ants will find their way in through even the smallest crack or hole in the exterior of a building. A good first step is to circle your house looking for such weak spots, which can be plugged using a number of household products. Richard (Bugman) Fagerlund, an entomologist and columnist for the San Francisco Chronicle, recommends petroleum jelly (Vaseline), toothpaste or even duct tape.

It's also a good idea to trim any trees or plants that touch the house - they may look pretty, but they also function as bridges for unwanted insects.

Shut down the insect buffet in your kitchen

You've seen how ants will gather around a discarded hot dog bun in the backyard, now imagine how they feel about that slightly open bag of cookies or those boxes of sugary cereals that aren't properly sealed. Mr. Fagerlund recommends storing snacks in seal-tight containers (added bonus: the food will stay fresher longer). Keeping kitchen surfaces clean is also key. Wiping down counter tops with diluted bleach will show the enemy you mean business.

Stage a DIY attack on the queen

What does ant assassination have in common with a chess game? You really want to capture the queen. "If you don't get the queen, you're not solving the problem," says Mr. Fagerlund. Easier said than done, when Her Majesty remains behind the walls in her nest awaiting food from her workers (oh, to be an ant monarch). The only way to kill the source is by poisoning the ants you do see, so they can take the bait back to their leader. For DIY bait, mix either Crisco shortening, cat food, creamy peanut better or jelly with Borax natural laundry booster, an all-natural sodium product that can be bought at most grocery stores. Place the mixture (on a stiff cardboard surface) against the wall near where you see the ants and replenish often.

Be patient - they're called pests for a reason

Even when employing the above methods, don't expect the problem to go away immediately. Pest Control Canada's website on ant control confirms that the process can take several weeks. Check bait often - if the Borax and peanut butter is not being eaten, try one of the other mixing options. If the bait is surrounded by dead ants (meaning they are not living long enough to take the poison back to the queen), lower the amount of Borax. At the same time, keep your house as cool, dry and clean as possible. In other words, get the ants out of your pants because this isn't a quick fix.

And don't do this: Try to domesticate an anteater. It's illegal and will probably get you more than a few stares at the dog park. 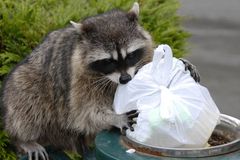 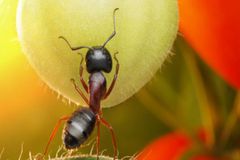