I had a very upsetting afternoon recently with my neighbourhood euchre group. The expression "Jewed him down" was used. I explained that that is an offensive expression. It went from bad to worse after that. They all thought I was nuts for being offended because it's an expression that's used all the time. I said it's not used in the Jewish community. At one point, one woman said that I should take it as a compliment because it meant Jews know how to get better prices. She also proudly proclaimed that she often uses the expression "Jewish lightning" for fraudulent claims. Another woman said that all Jews are rich, own a lot of big businesses, and other stereotypical descriptions. What would have been a better way for me to have handled this type of situation? Keep quiet?

Just the opposite, in my view. I applaud the way you've handled these anti-Semitic euchre-ists and would even urge you to take it up a notch.

When it comes to freedom of speech, I'm the first guy in the pool. The thing is: This kind of casual racism, when it becomes ingrained in one group – as it clearly has in your euchre cohorts – can spread in concentric circles to infect others.

It may seem like a strong thing to say in this context, but I'm just going to go ahead: There was a lot of anti-Semitic literature floating around pre-First World War Vienna when a would-be artist named Adolf Hitler, living in a men's shelter (and selling paintings for pin money, mostly to Jews), started picking it up. One can only wonder how things might have turned out differently had Austria had laws against hate speech at the time.

Anyway, back to the banter around your euchre table. Two aspects really bother me: when racism masquerades as "joking" (the insidious implication that if you don't like it you don't have a sense of humour) and as "a compliment."

Saying you should be complimented that "Your people are good at getting good prices" reminds me of the Monty Python sketch where someone yells out "Your Majesty is like a stream of bat's piss," then clarifies: "I merely meant to say, Your Majesty, you're like a shaft of gold when all around is dark."

The other thing that makes me crazy is being told by people who are secretly "a little" racist that "we're all secretly a little racist" – and I'm a "hypocrite" if I don't cop to it. Just to take a few recent examples:

Billionaire sports-team owner Mark Cuban, defending billionaire sports-team owner Donald Sterling's anti-black tirade: "We're all bigots" and we're "hypocrites" if we don't admit it. Of actor Mel Gibson (who yelled at a Jewish cop that "Jews are responsible for all the wars in the world." Actor Gary Oldman said "Hey, he got drunk and said a few things, but we've all said those things. We're all … hypocrites." Or Brent Piaskoski, the guy behind the Canadian TV sitcom Spun Out tweeting: "I'm just going to come out and say it. Chinese people are weird" and "Come on, we're all a little racist when a Chinese person brings out their homemade lunch on a plane seat next to you."

For the record, Mr. Piaskoski, Mr. Cuban, and Mr. Oldman: I am neither secretly nor "a little" racist. And what's so bad about eating a homemade lunch?

The only way I know to fight this kind of casual racism, madam, or sir (I don't want to be guilty of sexism by assuming just because you're in a euchre group you're a woman), is to do what you've been doing: Speak up loudly and clearly, say "I don't like it, it's unacceptable and hurts me."

You need to tell your euchre group to get with the times. Humanity has evolved, though clearly there is a ways to go. You may ruffle their feathers. They may attempt to hide behind the old chestnut, "Hey we were only joking" or the new-old chestnut "Everyone secretly thinks it."

To which the only answers are, "No, you weren't" and, "No, they don't." Your euchre group would have you believe you're the oddball. Not true – at least I hope not. One can never know what's in the darkest chambers of people's hearts – how many are indeed "secretly a little" racist. I hope fewer and fewer every year.

Now I know it's hard to teach old dogs new tricks, and ingrained habits die hard. If they continue to pepper you with anti-Semitic remarks and "compliments," well, I'd start to think of finding a new euchre group.

Or try maybe try to find some bridge buddies or pinochle pals who don't share these types of prejudices. 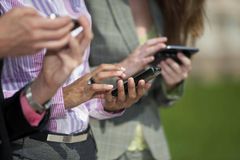 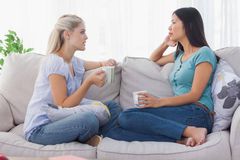 I got into an overblown mommy war with a pal. How do I protect our mutual friends from the fallout?
July 17, 2014 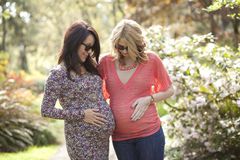