Women lie more about their weight and men more about their height and balding patterns, says new research into deception in online dating profiles from a Cornell University professor who once worked as a Canadian border guard.

Online daters who are lying tend to avoid using the words "I" and "me," and keep their "about me" blurbs brief, said Jeffrey Hancock, an associate professor of communications and information science.

Prof. Hancock and colleagues looked at the profiles of nearly 300 people using popular dating websites such as Match.com and Yahoo Personals for two studies examining deception in photos and text. The former was published in the Journal of Communication last summer, the latter will be published in the same journal next spring.

The researchers found the "core tension" for people using such sites lies between wanting to enhance their profiles and presenting themselves accurately for the impending in-person meeting.

While women trimmed pounds off their actual weight, men added inches to their height. Users lying about their financial status avoided writing about money; those lying about their weight steered clear of references to food.

Liars' entries were short and simple, and nearly always devoid of first-person-singular pronouns.

"This is called psychological distancing, where speakers distance themselves from the lie," Prof. Hancock said. "We see it in perjury cases, in political speech and in the lab where we're getting students to lie to one another. They are aspects of speech that reflect deception in a way we can't control - they're very unconscious."

Prof. Hancock said that although liars often have trouble controlling their "tells" online, their victims are largely incapable of sniffing out dishonesty.

The research seems to contradict new findings from the University of Texas at Austin that suggest users express their true personality - not an embellished identity - over online social networks such as Facebook.

The Texas researchers collected 236 profiles of college-aged users of Facebook in the United States and StudiVZ, the equivalent in Germany. The users filled out questionnaires about their personality and also about who they'd like to be. Strangers browsed and rated the online profiles, and the study authors compared the ratings with the users' questionnaires.

The findings suggest that networks such as Facebook are more "genuine mediums for social interactions than vehicles for self-promotion," said Sam Gosling, a psychology professor and lead author of the study, which will be published in an upcoming issue of Psychological Science, a journal of the Association for Psychological Science.

But whether honesty on Facebook comes naturally or is necessitated by your audience is up for debate, Prof. Gosling said.

"You don't have full control over it. Other people can write things on your wall and tag you in unflattering photos."

For instance, if a user who says he likes to hike hasn't actually done so in 15 years, but is willing to hike with a prospective partner from the site, it isn't a lie but a promise, he said.

"We have to represent our self - a very dynamic, evolving entity - on this very static thin slice, the profile," Prof. Hancock said.

"Doing that is a very hard thing. You have to face the question, 'Who am I?' every time. It's necessarily incomplete." 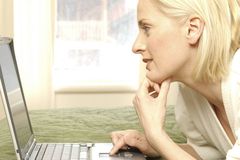 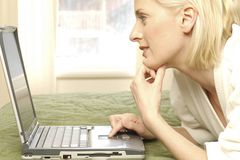