When Carolyn Taylor finally told her partner of 15 years about her decision to pursue theological studies, she blurted it out like a confession of infidelity. "I said to him, 'I have been having these clandestine dates with God,'" she recalls with a laugh.

In her late 40s at the time, she was acting on a religious impulse that "for the longest time felt like a dirty little secret," explains the former cultural programmer who is now an ordained interfaith minister. A masters student in the Elliott Allen Institute of Ecology and Theology at St. Michael's College, University of Toronto, Taylor runs a consultancy in Toronto called Rev'd Up, offering "an agile approach" to spiritual development with workshops, ceremonies and seminars that explore the interconnections between ecology, social change and diverse religious faiths.

Midlife can bring surprising changes, and not just in your waistline. A psychic shifting of weight that one religious leader described as "a desire to exchange money for meaning" has caused many in the boomer generation to seek a "second-act career in morality-based spiritual pursuits." In fact, 23 per cent of all students in theological schools in North America are 50 or older according to the Association of Theological Schools (ATS), an organization that collects data on religious studies in the United States and Canada. And with leadership opportunities available for women across all denominations (with the exception of the Catholic Church) since the 1970s, the number of women in theological schools has been increasing steadily over the past three decades, reaching a peak of 30 to 35 per cent of the student body in the early 2000s.

Interestingly, many women's reasons for making the choice of a spiritual life are intertwined with the expectations, hardships and joys of traditional female roles.

"There are two key times in adult spiritual development, when people are searching for the meaning of life and feel a longing for God. One is in the late teens, early 20s, and another is in the 40s," says Sister Constance Joanna Gefvert, an ordained Anglican priest and a member of the Sisterhood of St. John the Divine, the only Canadian Anglican female monastic community. "At a certain age, people feel they have nothing to prove any more, and that leads to a feeling of 'I want to do more and contribute more.'"

After centuries of exclusion from church leadership positions, the trend is "part of the pent-up possibility with women," says Rev. Dorcas Gordon, principal and associate professor of biblical interpretation and preaching at Knox College, University of Toronto. In their younger years, many women "find themselves as wives and mothers, and it is only later that they begin to see themselves in these [church leadership] positions," she says. In fact, for midlife women, the call to spiritual work is often an outcome of their desire to nurture and care for others, either due to their experience of having raised families or because they never had the opportunity to have children.

Now 72, Sister Constance came to theological school at 43 after a 15-year career as a university professor. "I always wanted to be a mother, but for whatever reason, the relationships I had didn't result in children and grandchildren, and that left me open to other ways to fulfill that longing for purpose in life."

For Shauna Cairns Gundy, the decision to enter seminary in her mid-50s came because of her experience of being a mother to five and of having cared for her mother, who had suffered a stroke. "I was the sandwich generation, pushing my mother in a wheelchair and holding a baby on my hip," she says. "In the last years of my mother's life, I became close to the clergy, and I learned a lot about aging and spiritual care." A pastoral assistant at St. Anne's Anglican Church in Toronto, she will graduate with a master of divinity from Trinity College, University of Toronto, next spring. "For me, it was an actualization of coming to the realization that I had been doing this kind of work all my life."

For other women, the investigation into the possibility of a religious life comes as a way to process emotional hardships, which have been swept under the carpet. "We are playing things back. We are taking a measure in midlife," explains Jane Christmas, author of the new book And Then There Were Nuns, Adventures in a Cloistered Life. "I had two failed marriages. You learn from them. My children were launched. All these things coalesce." She had also suffered the trauma of a rape 30 years ago, which she had never fully addressed. "I had this feeling of being battered by life and I wanted to reconnect with God in a deeper way and rediscover my essence and also deal with everything."

Like all the women interviewed for this story, Christmas had a spiritual yearning in her youth, which she pushed aside to take up other interests. "I was scared to voice that part of me," says the 59-year-old. "I didn't have the self-confidence." She spent a year and a half visiting different monastic communities – she is an associate at the Sisterhood of St. John the Divine in Toronto – but eventually decided against a formalized cloistered life.

But there are several lessons from her religious investigation, which she has brought forward into her everyday life: the power of prayer, not to be afraid of silence and the beauty of living simply. "The experience turned things upside down in my life," she says on the phone from a small village in Devon, England, where she now lives. "I don't have the stresses. I live simply. I was in the cycle of buying stuff to pacify myself, because I needed to feel good about myself."

The world is a loud, busy place, which doesn't promote healing, she says. "Silence scares people. Everyone has headphones. People don't like to be alone with their thoughts. But in the silence, I found great solace. It was very profound. There is such power and insight that comes from listening with an open heart."

Carolyn Taylor, now 51, has found a similar peace in her new career. "I needed a spiritual literacy around deeply held beliefs that could stand on their own in secular society as value-based," she explains, adding that her partner is fully supportive of her work. "It matters how we treat one another – far more than it matters how much we earn. I think that many of us get sidetracked by meaninglessness."

Opinion
Religion in Canada is changing, but it’s not being abandoned
May 8, 2013 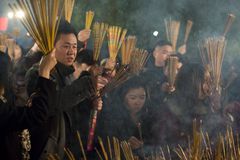 Opinion
Can the Bible make good TV? Putting the script into scripture
April 6, 2013 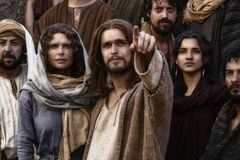 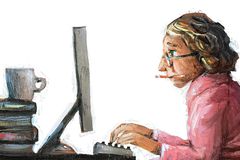