A reader writes: Recently, at a party I flipped out on my dear friend and roommate. He, once again, had introduced me as "his gay roommate." I am out and proud, but my sexuality is not 100 per cent of my identity and I really hate being introduced as "the gay guy."

My roommate has always been accepting and supportive of me. Now he's upset with me and embarrassed that I yelled at him in front of people. How do I let him know that I am sorry for what I did while still letting him know that it bothers me when he introduces me as "my gay roommate"?

Any two people who have a close relationship will at some time, step on each other's toes. That is not the sign of an unhealthy relationship. Rather, it is how the conflict is resolved. Is it possible that one or both of you need to come out with his discomfort about your gayness? Follow your own advice to respectfully apologize and explain why you were so upset. Come to an agreement about how you wish to be identified. Then explore that hanging question.

Tell him it needs to be relevant

It sounds to me like the straight roommate is very anxious that his tolerant non-homophobic attitude be overtly recognized. I am reminded of people I knew during the Civil Rights Movement of the 1960s who would talk about their "Jewish friend" or their "Negro friend" when the subject's religion or race was not relevant to the conversation in any way. It was their way of saying, "I have minority friends, so I'm not a bigot!" I was taught to be conversationally neutral unless it was relevant. In this context, it would be inappropriate to bring up sexual preference unless someone suggested getting a female friend to join them as a potential date for the gay man.

Get at the root of the problem

Perhaps you need to apologize for blasting your roommate in front of others, but acknowledge that there is a problem. If you were black would you be introduced as "my black roommate"? Or "my Protestant roommate"? Or "my fat roommate"? The fact that he seeks to emphasize this characteristic of his roommate suggests that it is a bigger issue for him that he is willing to admit. Take him out for a latte and discuss it with him, being clear that you do not appreciate being identified according to sexual orientation. Try to find out why he did this – is it discomfort in having an obviously "gay" roommate? Is it just a weird sense of humour? Get the issues to the surface or it will only get worse and ruin what obviously is a good working relationship.

Here's what you do: Start by saying, "I'm sorry for what I did but it bothers me when you introduce me as your gay roommate," and go from there. Your pal obviously values your friendship and prides himself on his nonjudgmental view of people with sexual orientations different from his own. So it's probably going to be hard for him to admit what Morgiana has honed in on: that for all his laudable tolerance and good will he remains a straight guy and straight guys are reared, through no fault of their own, to live in terror of being identified as gay – to avoid even the remotest possibility of "gay taint." Ever gone shopping with a straight man? This is where you commonly see the principle in action – they shop with the obsessive focus of a grim, hirsute Paris Hilton, trying on countless identical items until at last they find the holy grail: a shirt that "doesn't make them look gay." (It usually ends up being white, cotton and short-sleeved.)

So your friend's issue is a more evolved version of the old saw: "I got no problem with those types as long as they don't come near me." Your roommate is striving to make clear that while he's cool with gay guys per se, it's absolutely essential no one assume that he himself is one. Hence, it's absolutely essential that people, when introduced to you, do not conclude that you and your roommate are anything more than that. To call you his "friend" isn't enough, because once people's gaydars kick in, they'll size you up and automatically (your roommate fears) reinterpret the word to mean something a little more colourful.

As great as your buddy sounds, this tactic betrays more than a whiff of homophobia. If he truly wants to be a friend and help foster acceptance, he needs to look critically at what he's been doing. I can't think of anyone better to help him with that.

My daughter, who is 9, asked me "Daddy, do you and mommy keep secrets from each other?"

She got upset, and said that she thought Mommy was keeping a secret from me. Apparently, my mother-in-law had let slip to my daughter that my wife of 14 years had been engaged, but had broken it off long before we met. I wasn't aware of this, but God knows that my relationship history before I met my wife leaves me little room to criticize, so it doesn't bother me.

Lynn Coady is the award-winning author of the novels Strange Heaven and Mean Boy .

If you would like to participate, e-mail us at grouptherapy@globeandmail.com. All questions are published anonymously, but we will include your name and hometown if we use your response (it will be edited).

Why won't my friend tell me about her same-sex relationship?
May 4, 2011 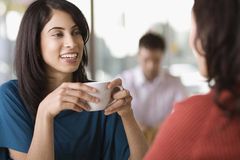 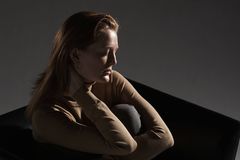