Group Therapy is a relationship advice column to which readers contribute their wisdom.

A reader writes: After 28 years of marriage, my wife told me a year ago she no longer loved me and wanted me to leave. After months of trying to get her into counselling (she suffers from intermittent explosive disorder), and tired of years of being assaulted and belittled in front of our three daughters, I finally left. I was a hard-working and loving husband, with no issues with substance abuse or anything that would provoke such outbursts. Now I am starting a new life in a new relationship. When I mentioned this to one of my daughters, I was accused of moving on too soon. All three of my daughters, who grew up witnessing my wife's treatment of me and have begun to emulate it, now refuse to speak to me. How can I find closure?

I think you should point out that their mother got exactly what she asked for. Also point out the things you had to endure. And then state that perhaps you should have moved on even sooner than you did. Regarding closure, nothing you do will change the fact that you are their father. They may not be talking to you now, but leave the door open. And don't forget to tell them that you love them.

I don't believe closure is the goal; rather it should be helping your daughters understand adult behaviour by being consistent, considerate and kind. Hoping they take into account your ex's treatment of you is not the way to go. That shames their mother in their eyes and that's a losing proposition.

Move past being a doormat

Your female kin have stamped and wiped their feet on someone quite tolerant and resilient. Closure is usually embedded in what opens up ahead of us. You risk replicating the maltreatment theme unless you get help learning to identify, expect and evaluate healthy ways in which influence and control are played out. As you welcome a new relationship into your life and heart, ensure you don't put out the same doormat.

As Peter says, you gave your wife precisely what she asked for, and it sounds like this is all you've ever tried to do. But trashing your wife to win the favour of your daughters is not exactly the high road. In your wife's case, of course, character assassination amounts to no more than an honest recounting of how she has behaved throughout your marriage. Still, don't go there. Moving forward means accepting whatever part you played in those 28 miserable years and refusing to dwell or lay blame. You did your best, your best wasn't enough, and now it's over.

As to your daughters. Keep in mind, they've spent their whole lives watching you sacrifice your own happiness. When you set people up to expect a certain type of behaviour – "doormat" in Bob's coinage – they tend not to respond well to sudden deviations. No one expects the doormat to stand upright, shake itself off and amble down the street to seek its own happiness. "But we liked it where it was!" exclaim your outraged daughters. "Why is the doormat being such a jerk?"

It's not exactly their fault that they've come to view you this way, but now that you've repudiated the martyr role, the ladies need to grow up and recognize not everything is about them. You have to stand firm, upright doormat! Say you did the best you could, but by mutual agreement, you and your ex are just that. Tell them you haven't been happy for a long time, and now at last you are. Say you love them and you hope they can be happy for you. Call and e-mail them every week, whether they respond or not. And never apologize. Make it clear you are their father and you have every intention of remaining in their lives – just not under their feet.

A reader writes: A close friend of 20 years abruptly told me two years ago (via e-mail!) that she was doing some "deep soul searching" and asked me to stop contacting her. She said she "valued our friendship" and would be in touch. Stunned, I said I'd be here when she was ready – but there's been no contact. Now I learn that she has put our mutual friends in the middle, refusing to attend functions if I'm to be there. Should I contact her before all my friendships are compromised?

If you have a question or would like to participate, e-mail us at grouptherapy@globeandmail.com. 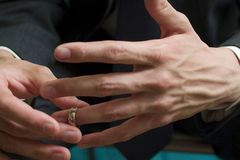 Crazy, Stupid, Love: Is this what divorce looks like?
August 2, 2011
Divorce pranks: You might think it’s funny, but the judge won’t laugh
August 18, 2011
The secret to a happy marriage? Small acts of kindness
January 8, 2012 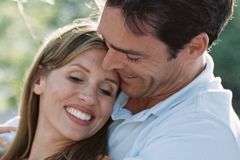 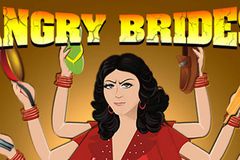 Follow Lynn Coady on Twitter @Lynn_Coady
Report an error Editorial code of conduct
Due to technical reasons, we have temporarily removed commenting from our articles. We hope to have this fixed soon. Thank you for your patience. If you are looking to give feedback on our new site, please send it along to feedback@globeandmail.com. If you want to write a letter to the editor, please forward to letters@globeandmail.com.
Comments are closed