A bunch of my old friends from high school went out for dinner one night. One said he left his wallet in the car and couldn't pay for his portion of the bill. I volunteered to pay for him, which amounted to about $40. He thanked me and agreed to pay me back the next time we went out.

Three months passed before I saw him again. He didn't pay me back then, so after our meeting I sent him a friendly reminder and asked if he could e-mail transfer the $40 to me. He replied with a sarcastic comment to the effect of "You should have reminded me earlier. I'll pay you back when I see you next." We are all in our early 30s with stable jobs. I don't really need the money and to my knowledge the friend doesn't have any financial hardships. Shouldn't the responsibility have been on him to remind himself to pay me back? Or should I have let it go?

I know how you feel and then some – in fact, you seem to have a lot more equanimity and mellowness than I would in your shoes, or have in general.

I hate it when people owe me money! It gnaws at my innards like the proverbial "fox in the tunic" (after the story of a Spartan who stood silently as a fox he'd hidden inside his tunic ate his intestines).

You say you have a stable job and I salute you for that. And true, it's not a lot of money.

But unless one is rich, or a kept man or woman, in my experience every dollar earned is hard earned – pried from the clenched fist of a reluctant, skeptical world.

Every day, to make anything at all, I get up, drink coffee, hustle, scramble, put my heart and soul into my work – oh, and lest we forget, put up with the endless criticism and humiliation which is the lot of every working stiff.

My wife, too. Example: she used to have a mean boss who played mind-games with her, like not responding when she asked him a direct question, just pretending she wasn't standing there.

She'd come home in tears. Eventually, the prospect of going to work became so daunting she would half jokingly wish for an injury so she wouldn't have to go to work. Poor thing! I wanted to say "Just quit," but we needed the money.

We endure these torments and countless others for the sake of what my father-in-law calls our "daily nickel."

And your friend has disrespected that. Moreover, he has disrespected you. You ask whether I think your friend should have reminded himself to pay you back? Hell yes! All in all, your old friend is behaving in a distinctly un-mensch-like fashion. For starters, what's this "left my wallet in the car" business? Please. Grow up. I remember when I was around your age, a guy showed up at a restaurant get-together, announced he "only had five bucks," so someone would have to pay for his oh-so-charming self. Someone did, but we all thought: "So… you're still a boy."

It's time for your friend to set aside childish things.

Having said all this, though, I'm going to counsel you to let it go. Try never to think or speak about it again. If you get together with him, just be pleasant and don't mention it.

Why? Because that is the way of the superior man. It's also the spot he's put you in. You don't want to be the type of guy who hectors a friend for $40. So don't be.

Look at it this way: It's a cheap, quickie lesson in his character. If you ever wondered whether he's the type rudely to stall and not pay back a loan, now you know – useful information for the future, (e.g. if he were to come to you with a great idea for a start-up company and wanted you to invest $40,000).

Forty bucks is a small price to pay for that knowledge. In other words, to paraphrase a popular commercial, picking up your friend's tab when he leaves his wallet in the car: $40; finding out he's not the man of honour you thought he was: priceless. 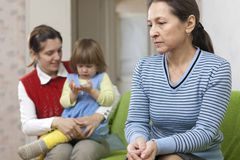 My brother is trying to cheat his ex in their divorce. Should I intervene?
February 25, 2016 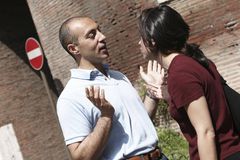 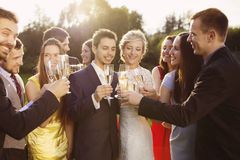