I drove by my old elementary school this week and on its sign out front there was a Remembrance Day message announcing a special assembly, along with the words: "Never forget."

It reminded me of a long ago November day in which I recited, as children do in that sweet but flat singsong voice, the poem In Flanders Fields at just such a school assembly.

I also took a turn by my old high school, where a First World War memorial had recently been desecrated. I remembered, guiltily, how during a student strike (about what, I can't remember) I had been hoisted up on top of it and I had defiantly raised my arm in the air, so full of conviction.

Like most Canadians, my education about war has happened in fits and starts ever since childhood. We learn from family members who have experienced war, but perhaps not in a straightforward way. A friend told me recently her late Japanese-Canadian grandfather used to impress and delight his grandchildren when he smoked his pipe by blowing fumes out his ears. It was only years later she learned that he could do this because he had suffered perforated eardrums during the siege at Vimy Ridge. He never mentioned that part.

We also learn about war from reading and viewing history, of course. Until watching a documentary this week, for instance, I'd never absorbed the horrific fact that bloody-minded generals sent troops into battle even after leaders of France, England and Germany had signed the Armistice treaty, but before the truce officially took effect at 11 a.m. on Nov. 11, 1918. The generals knew full well that hundreds of those men would die. How callous and shocking and arbitrary is that? One of the very last soldiers to die in what was then optimistically known as "the war to end all wars" was a Canadian, George Lawrence Price, age 26, from Nova Scotia, who fell at two minutes to 11 a.m.

The French government backdated the Armistice Day deaths of their soldiers to November 10, not wanting the public outcry.

And since the Second World War, there has not been a war that hasn't been decried as illegitimate, unjust or unnecessary. From that very high school with the defaced war memorial, my daughter and her friends set out one day in 2003 to protest the war in Iraq. I remember pleading with her: "Don't lie down in the road."

It's a good thing that the atrocities of war still surprise and galvanize us. The stories we hear make us fear the future. We're heading into dangerous times. Economic instability, racing across Europe, is like tinder. People look for stability, for quick fixes, but also for scapegoats. Lest we forget, building armaments can be a shot in the arm for any flagging economy, and increasing the size of armed forces creates jobs.

"War is Good Business … Invest Your Poor." That blunt statement is woven by Toronto artist Barbara Klunder into the most delicate and amazing paper-cut dress, now on display in her latest Toronto show. The piece – Marathon Dress – is depicted as the one worn by Laura Secord in 1812 as she "ran like the wind" to warn British troops that American soldiers were coming, Ms. Klunder writes in a beautiful little book accompanying the exhibit. The artist told me that she won't wear the poppy today because "it's a logo for acceptance of war."

I do not share her sentiment. I wear it, but not just to honour our fallen and wounded soldiers. I wear it also for the victims of war crimes all over the world, the bodies buried in shallow fields, the women raped, the children brutalized, their psyches colonized , perhaps forever, by violence.

I will stand, as I always do, at attention at the 11th hour, and observe my one moment of silence. And then hope, no matter what government in power glorifies war or makes it unpatriotic to speak up questioningly about what "our brave men and women in uniform" are doing, that we never stop raising our voices against a solution that is often no solution at all. It is not only our right to protest when our government sends soldiers to die in faraway places, and justifying it by telling us it is the noble and correct thing to do; it is our duty.

In Video Cabaret's The Life and Times of Mackenzie King, a brilliant and biting satire by Michael Hollingsworth now on stage in Toronto, Sir Robert Borden, Prime Minister of Canada in 1918, triumphantly declares: "The war is over. The world is a happy place."

And the playwright, who captures the inanity of war completely in that quicksilver moment, reminds us in the program, "What is going to happen has already happened." But we don't believe that today.

Today is a day not just of remembrance but of idealism. It is the day that everyone hopes, against all evidence to the contrary, that the last sacrifice has been made. 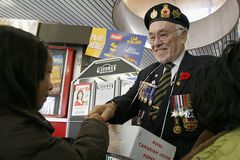 In Photos: Canadians on the frontlines and the homefront
Gallery
November 8, 2011 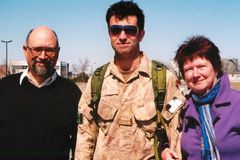 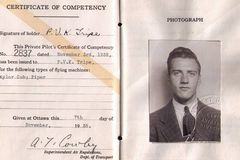 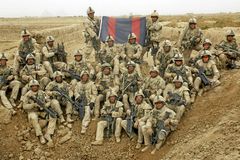 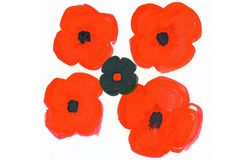 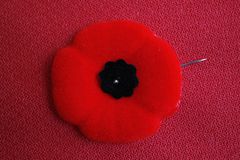