I once knew a wealthy Toronto socialite who liked to fly the Concorde from New York to Paris between Christmas and the new year. "Just under four hours is the perfect length of time to copy out a new address book," she said one afternoon at the hairdresser's. She had her hair done by the same stylist in the same way at the same time on the same day every week.

I know this because I wrote it down. She was a well-organized woman, tightly wound.

I thought of her the other day, as I do every January, when I buy a new notebook for the new, outstretched year. I've used the same notebooks for decades: 9 cm by 14 cm, small enough to fit in my inside breast pocket, stiff cover, narrow lined, elastic loop closure, anchored ribbon bookmark.

It's a neurotic habit, a personal notebook. It can work as a diary, but it's not intended for publication. Anaïs Nin, who kept a diary from the age of 11 to the day she died at 73 (it started as a letter to her absent father), always planned to publish hers. So did Charles Ritchie, the Canadian diplomat who gave us The Siren Years. Virginia Woolf, on the other hand, never intended anyone to see her notebooks, hence their wandering and thoroughly private tone. She wrote them quickly, after tea, with a dip nib pen.

A diary is an accounting. A notebook, by contrast, is to record details that reach out as you pass, for reasons not immediately apparent. A notebook is full of moments from days that have yet to become something. "Keepers of private notebooks are a different breed altogether," Joan Didion wrote in a famous essay about notebooks, "lonely and resistant rearrangers of things, anxious malcontents, children afflicted apparently at birth with some presentiment of loss."

A notebook doesn't have to be a daily or lifelong habit. Woolf started one before she turned 15, but didn't stick to the practice until she was in her 30s. One of my favourite note-makers, critic Kenneth Tynan (he wrote Oh! Calcutta!), began in 1971, and kept it up for the last nine years of his life. He used his notebooks to plan his summer holidays, but also to detail how he was once robbed of $14,000 in traveller's cheques from his wallet, whereupon he replaced them and was robbed again. He copied down his best lines – "Lazy is the passive form of selfish" – and his best theories (he was convinced P.G. Wodehouse's novels were a success because Jeeves was a Freudian father figure, but restricted to the job of a servant). There's a lot of gossip and even more sex. In the summer of 1978, during an act of coitus, Tynan manages to break his penis. He never really recovers.

John Cheever recorded not only his heterosexual affairs but his homosexual ones, as well as vigorous romps with his wife. "Vodka for breakfast. Mary mentions her mother for the third time in 35 years." That's Cheever, defined in a single note.

You don't need to be a writer to keep a notebook. Director Steven Soderbergh releases an annual list of everything he has watched, read or listened to in the previous year. 2014's includes three viewings of 2001: A Space Odyssey.

My new notebook is fresh, and empty, and waiting; the old one is fat and filled, handled and spent. The new book is hope, the old one unavoidable. This morning I made a note in the newbie of the way the sun rising from the southeast hits the pear tree outside my kitchen window: The branches were both silhouetted and highlighted along their upper edges, and I realized for the first time that this is how early morning sunlight works. I do not expect this to be a useful piece of information. I wrote it down anyway, just in case. Just in case is the motto of the notebooker.

I like to read my previous year's notebooks over the winter holidays, and from those fragments I gather a sense of the time that poured by. It's never what I remembered or planned.

The year 2014 was full of conversations, often overheard. "Everyone grows up in the same way, more or less. But no one's old age is the same." (A woman in upstate New York.) "On prednisone, I'd be standing in line at a deli, and see the salami and burst out crying. It was the emotional Alps." (Overheard in a Manhattan deli. I spent a lot of time on the road last year.) Evidence of procrastination (books recommended and unread) alternates with pages of ephemera. One compares trifocal prices. Others list words and definitions (pilgarlic, a man looked upon with humorous contempt or mock pity; apparently I imagined that would come in handy). Dreams: trying to leave a hotel, caught in an avalanche, losing the dog. (Nothing goes as well as it should.) A recipe for lobster Florentine, with crispy leeks, from an excellent and somewhat too attractive bartender at Edna, a restaurant in north Halifax. I'd been alone for a couple of weeks by then and was afraid to look directly at her.

Lists – glasses, watch, phone, pen, notebook, hearing aids, wallet – compete with lists of nothing but questions: What did you feel at dinner with N? Happiness, boredom, jealousy? What did it feel like to see the boats on the ocean, on the far horizon? On the 9th of August I swim in the Atlantic Ocean for the first of 20 days in a row, off a tricky, rocky shore with my brother. "Another blast of life," my notes say. For me it's a high point of the year. As opposed to In the elevator: sports jacket, gray flannels. sturdy shoes, checked shirt, out for dinner alone. Like being a statue. Oprah and Seinfeld turn 60. A single notation, 24/25, is a friend's father's score on a test for Alzheimer's, followed by his score a year later: 5.

In May, I note a "Japanese guy, doing math equations in Russell Square." We're on holiday in London by then, on the way to picking up our daughter in Edinburgh. Eventually we find our way to the North Sea on the coast of Suffolk, to scatter my father's ashes. The ceremony is light but respectful, and we make an afternoon of it. But two mornings later I can't leave the beach, staring stupidly at whitecaps, thinking: Is that him? That patch of sea was my last glimpse of my father in physical form, the way he mattered most to me. All of this, rendered in a single entry: May 26/14 Thorpeness, GB.

By December, I was reading the collected poems of Philip Larkin (which my notebook says I bought in in Cambridge). One poem, The Old Fools – Larkin's dead-eyed take on old age – is copied out over four pages. I see that I read it to my wife one night after Christmas as she fell asleep, and that all she could say was: "Oh, oh, oh." This is how it starts, and finishes:

What do they think has happened, the old fools,/ To make them like this? Do they somehow suppose/ It's more grown up when your mouth hangs open and drools,/ And you keep on pissing yourself, and can't remember/ Who called this morning?... Can they never tell/ What is dragging them back, and how it will end? Not at night?/ Not when the strangers come? Never, throughout/ The whole hideous, inverted childhood? Well,/ We shall find out.

We shall indeed. We spend most of our lives pointed forward, peering into the future to see what's coming, planning how we'll respond. A notebook looks the other way, and knows how all that ended. 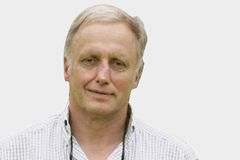 What it’s like to watch your intimate memoirs unfold onstage
September 26, 2014 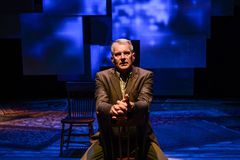 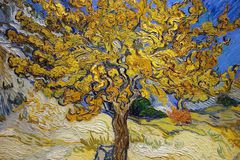 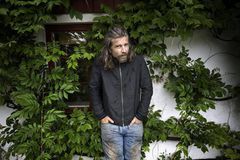 Ian Brown on the nine dilemmas of eating lobster
July 15, 2014
Is Canada's future in the North? Ian Brown explores
January 17, 2014
Follow Ian Brown on Twitter @BrownoftheGlobe
Report an error Editorial code of conduct
Due to technical reasons, we have temporarily removed commenting from our articles. We hope to have this fixed soon. Thank you for your patience. If you are looking to give feedback on our new site, please send it along to feedback@globeandmail.com. If you want to write a letter to the editor, please forward to letters@globeandmail.com.
Comments