The question: I consider myself quite the feminist – I really think gender equality is very important, but sex with my new boyfriend has me questioning my feminist ways. We have been having sex for three weeks now and it gets physical. To my surprise, I have found I like to be dominated. He hits me during sex and chokes me, and I actually like it. I find myself asking for it. How can I be a feminist and still enjoy this?

Pain and sex, power and pleasure: These are the two sides of the same leather-tassled furry-zebra handcuffs. To me, the thrill of a good bedroom romp is surprise and respect, with a little dash of verboten thrown in. Only you can determine what that dash is.

Colleagues blushed, friends gushed and every softball girl, dog-park lady, and oversharing waitress I asked about bedroom domination said they'd consider themselves a feminist, but they also enjoy being "thrown around a little" by their partner. "There's a time and a place to be manhandled," says my best friend, "and it's so good when it's done right."

Still, I should have braced myself for the full confession from Alexandra, my real-estate agent and probably the most powerful, self-confident woman I know. (Picture successful, convertible-driving, classic-rock hot blonde.)

"Oh, yeah, I totally want to be respectfully choked," she offers without hesitation. "I want to be spanked and told it's time to punish me. … I like to feel like he owns me a bit."

Good for her, I say, trying to play it cool. She knows what she wants and asks for it – which is, I surmise, the ultimate definition of a feminist. Alexandra says her love of power in her professional career translates to a "power fetish" in bed.

"Listen, the last thing I want to do after spending the day telling people what to do and how to do it at work is to come home and dictate what happens in the bedroom."

And here's good news for all of us – er, all of you. A new study involving 902 volunteers, from last month's Journal of Sexual Medicine, found people who are into kinky sex – particularly those who have a thing for bondage, discipline, sadism and masochism – are more emotionally stable and more secure in their relationships than their "vanilla" counterparts.

"You have to really trust someone to want them to choke you. You are honouring your dom with that trust," says Magnum, whose hourly sessions can run up to $360 and whose website lists dozens of menu options. "With neck play, it's very high risk behaviour, " she says from her home office. "In the moment you're so passionate and having this hot amazing sex, and the next you could be dead."

She advises you to talk to your new guy about the choking before it happens again. Let him know you like it, but establish a safety signal with him before he places his hands around your neck. And this should go without saying, but let's say it any way: If ever there is a time this "bedroom play" is non-consensual, you end that relationship on the spot.

Magnum has "played" with submissive females and says women have a much higher pain threshold in the moment, so know when enough is enough. "She has to feel safe, even when she's being choked."

Magnum says your man should look into "smart ways" to inflict pain, too, ones that don't leave marks or bruises. Start by warming up the skin: "You lightly slap the area to increase blood flow, then you can really start going," she instructs, in such a way it sounds lackadaisical for an office interview in the middle of the afternoon.

Still, Magnum says all of this is perfectly normal, although she understands that "emotionally it might cross some wires." She's a good person who wants people to be happy in their "regular" lives. What you like in the bedroom shouldn't interfere with how you define yourself.

Just as Magnum, who practices a service called ball-busting behind closed doors (you don't want to know), is actually a very sensitive, caring woman in real life, so too are you a feminist who likes to be dominated.

From the most overly analytical person you'll ever meet, I say stop overthinking this: Turn off the "what does this say about me" girl brain and enjoy the ride.

All is fair in love and war and the bedroom.

You like what you like; if it's choking, so be it. But in sex, as in all relationships, safety, communication and trust is key. 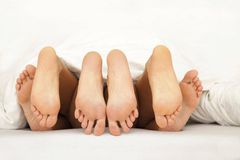 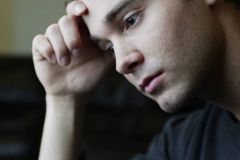 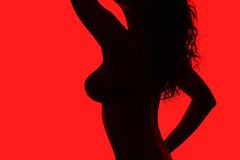 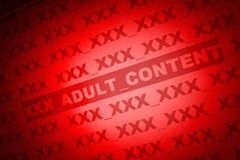 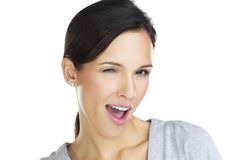