This Friday, I will be going on my first date in more than two years. I am a 28-year-old male, and have been single for the last couple of years. I'm good with planning a date, but I have lost touch with what to do, and what not to do, on a first date, especially with someone I have only known for a week! Help!

I'm married now, but in my day I like to believe I was a Wu Tang/Shaolin/Jedi master-bachelor.

Though broke, living above a store in a part of town some considered sketchy and others downright dangerous, I was always going out with women who were demonstrably, even ostentatiously out of my league – up to and including a certain queen bee named Pam.

She was Smart, Sexy, Soulful, Single and Sane – all five, in other words, of the Five Esses™ every bachelor seeks. She could have had any man she wanted. Billionaires yearned to whisk her in private jets to private islands and shower her in caviar, champagne and, uh, Fabergé eggs.

But she'd been single for five years. Oh, she'd been on some first dates and even some second dates with men. But they all blew it in some way.

Not me. One date. Boom. Halfway through she reached for my hand. By the end of it we were in love. One month later I moved into her apartment. And the deal remains closed, 20 years later.

What is my secret? Well, I have many and normally I don't like to share them, for fear that if they fell in the wrong hands they could be converted into Weapons of Mass Seduction, and society would teeter on the brink of collapse.

But you, sir, by the sounds of it, are crawling across the white-hot, cactus-dotted, bleached-skull-riddled sand of a "dry spell," and even I, the Obi-Wan Kenobi of bachelors, remember those, so I think it's high time I unpacked my trunk of master-class bachelor secrets.

In short – well, you should always be kind and funny and charming to everyone you meet, all the time, but in the roll-up to the date turn on the charm particularly hard if you encounter one of her friends, or a friend of a friend, or anyone who might report back to her.

Meanwhile, have your lieutenants get the PR machine going, to get out the good news about the unique snowflake of a guy that is you! Me, I had half the city working undercover on my behalf, so that for a while it must have seemed to Pam like everywhere she went, doors flew open, and behind those doors, people were talking about me, what a great guy, how talented, etc.

On the date itself, show her your interest. No offence, sir, but the men of your generation strike me as too content to lurk in the grey area between "hanging out" and "hooking up."

Forget that! Smile, joke about it, but (if you are interested, that is) let her know you're keen. You want to be in the [insert her name here] business! To this day people come up to me and Pam and say: "No offence, Dave, but Pam, when you first started going out, what did you see in him exactly?"

I'll jump in: "Hey, I'm right here." She always says the same thing: "Well, there was a lot I liked about Dave, but one big thing was: I was never in doubt about his interest."

Yeah, baby! Of course, you can overdo it, and you don't want to come on too strong. That's a turn-off, obviously. Just know that it's possible, also, to err in the other direction.

People will tell you to listen, and of course that's true. You don't want to be bombastic and self-centred, as some are on first dates. But you can overdo all the listening, too.

Me, I talked a blue streak on that first date: philosophizing, cracking jokes, dropping anecdotes and wisdom bombs. I was like a combination of Sophocles, Garrison Keillor and Lenny Bruce. Was it a mistake? Ask one of my three kids. Ask my grandkids, when they come along.

Turn yourself inside out, I say. The more yourself you are, the quicker you will discover whether you're true soulmates or not.

And that's what you want, isn't it? That's the prize. For someone to know you inside out – and love you, anyway.

And that's what I want for you, soldier. Good luck. Fortune favours the brave and bold. May Aphrodite herself smile upon your enterprise. 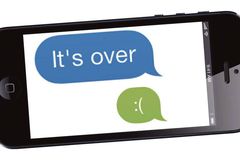 My adult children complain I’m not ‘there for them.’ Are they expecting too much?
March 13, 2014 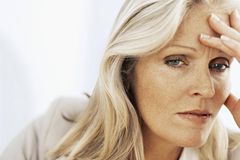