Home country: HungaryYou wouldn't know it by how fluently he speaks, but Laszlo didn't understand a single word of English when he arrived in Canada from Hungary five years ago.

Although he attended ESL classes at school, Laszlo says his real English-language education came from watching YouTube, Netflix, Hungarian movies with English subtitles – and from hanging out with the guys he befriended in his Grade 9 gym class, who are now among his closest pals.

His inability to understand others and fully express himself was by far the biggest hurdle to settling into his adoptive city of Toronto, he says.

"I had trouble kind of fitting in, I guess," he says, explaining he was mocked by a couple of Grade 7 classmates for his lack of English. After that, "I felt like everyone was making fun of me."

Laszlo and his family were among a wave of Hungarian asylum seekers entering Canada between 2009 and 2012, amid violent attacks and rallies against the Roma ethnic minority in central Europe. Although they were denied refugee status, the Sarkozis were granted the right to stay on humanitarian and compassionate grounds in 2013.

Upon his arrival, Laszlo was enrolled in Grade 6, and started classes just as the school year was coming to an end. For those few weeks, the boy quietly attended, unable to comprehend anything anyone said.

(He was, however, amazed at how multicultural his new school was. "I had classmates from all around the world," he says, noting, "I met people from so many ethnicities I'd never seen before, only heard of.")

The following school year, Laszlo found company among several other young Hungarian refugee claimants, who could, at least, share the same language. But banding together, he now acknowledges, "wasn't really the best thing," as it re-enforced their sense of being outsiders.

"We all thought [others] were making fun of us. It was a very scary experience, I suppose."

He recalls there were two girls, in particular, who were overtly hostile toward him.

"I remember them kicking and throwing stuff at me and being rude in general," he says, explaining he believes they likely targeted him because of his inability to communicate. Unable to verbalize his protests, he would wave them away and try to ignore them.

But even though it seemed the rest of his non-Hungarian schoolmates were similarly derisive, Laszlo realizes, in retrospect, that wasn't really the case, but a matter of miscommunication. "I didn't actually understand what they were saying when they were talking to me. I just assumed."

When he entered Grade 9 at Sir Wilfrid Laurier Collegiate Institute in Toronto's eastern district of Scarborough, Laszlo began forming friendships outside of his Hungarian-speaking circles. By that time, he was able to understand enough English to hold a conversation, and he learned from his new gym-class friends that they had liked him all along.

"We were talking about Grade 7 and 8. Apparently, they found me very funny back then," he says, noting he had unwittingly developed a reputation for being a class clown. These new friends, he discovered, were jokesters themselves, and every day, they'd have each other in stitches.

Receiving the right to stay in Canada also lifted a weight off Laszlo's shoulders. He was no longer preoccupied with worry about the prospect of being deported back to Hungary.

"I remember my teachers telling me, 'Wow, you are a changed person,'" he says. "And I guess it's true; until we were told we were allowed to stay here, I was a lot more, like, closed. I barely talked to a lot of people … [because] I was thinking, 'What's the point of anything? We're going to be sent back.'"

Now in Grade 12, Laszlo's circle of friends has expanded to a tight-knit gang of about a dozen. And thanks to their help in developing his English skills, he has no trouble participating in their humour. 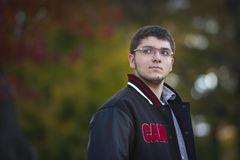 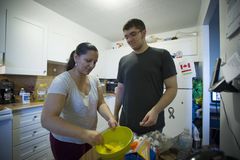 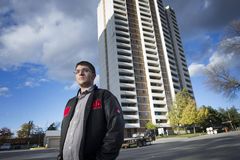 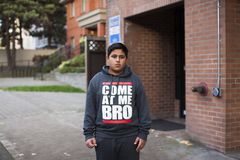 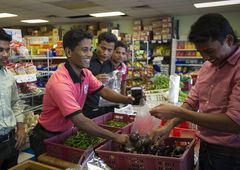