"It's silent, it's quick - it takes about 20 seconds - and it's final." That is how Barbara Byers, public educator for the Lifesaving Society, describes drowning.

No cinematic wild waving of the arms, no "help, help, over here" moment, just a quiet slipping under the water, either an unruly wave in an unsupervised beach or the smooth-as-silk surface of a backyard swimming pool.

There has been an alarming increase in drownings, especially among children, in Canada. The Lifesaving Society recently released figures showing that 404 people died in water-related incidents in 2010, up from 368 in 2009. And 22 children under 5 lost their lives, compared with 14 the previous year.

Just Wednesday, a coroner's report highlighted the disturbing details of the drowning, a year ago, of nine-year-old Jeremy Mulumba ,who lost his life in a wave pool at a park north of Montreal when he was swept toward surging water. There was a problem with the pool (too much backwash), an inadequate number of lifeguards and no procedure in place by the school group Jeremy was with to alert people instantly to deal with the situation.

The other night, a teenage girl was pulled unconscious out of shallow water at Toronto's Ashbridge's Bay, and the description of the event was horrifying and dramatic: "Shortly before 7 p.m., witnesses at the beach heard the girl's friends screaming for help and called 911. Paramedics arrived and called on volunteers to form a line and search the water." A young man, Eze Nwosu, who was at the beach with friends, ran in to help the girl, who was unconscious in the water, and she was worked on by paramedics and taken to hospital, where she remains in critical condition. Not one of those kids with her will ever be the same again.

Here is a troubling water-safety challenge we are failing to meet: Last year, a Lifesaving Society study showed that the newer you were to Canada, the more chance you had of drowning. Those who have lived here for fewer than five years are four times more likely to be unable to swim than those born in Canada.

"We have to find a way to reach all Canadians on this issue," Ms. Byers says.

Others cite cuts to free swimming-class programs and closings of school pools as examples of why water safety is falling by the boards.

And here is a new one: We live in an increasingly distracted society. It's probably only a matter of time before the first smartphone drowning takes place, when a parent, totally believing she is in the moment, eyes on her frolicking child, averts her gaze for that fateful 20 seconds to answer an e-mail from her boss and sets off a chain of tragedy and remorse.

It's not hard to understand why the water-safety issue isn't getting across to people, why it's such an unsexy issue. After all, everything associated with being in the water has freedom, fun and even glamorous cachet attached to it, from bikinis to boats, as if all the glistening joy of summer can't really be accessed without playing on or in the water.

I've experienced that uncool feeling first-hand, doggedly wearing my personal flotation device whether I'm urban canoeing with my husband up the Humber River, making silly jokes about the egrets (egrets, we've seen a few, but then again too few to mention) or climbing aboard someone's sleek motorboat in Muskoka and being the one to ask, "Where are the life jackets?"

The thing is, I'm not a strong swimmer, and I won't take chances. But so many people do - men especially, followed by kids. Both are risk-taking groups, either not knowing any better as they clamber into shallow or deep water they regard as only being invitingly there for their purposes, or being foolhardy enough to think, "I can handle this."

What about a marketing campaign to make life jackets cool? What about a swim-a-thon that highlights water safety for kids? Or citywide learn-to-swim initiatives for newcomers?

I'm sure creative minds could come up with something that has the potential to reverse the increase in drownings and avert the stark family tragedies in each one of them. It might take only 20 seconds. 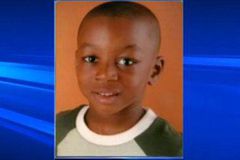 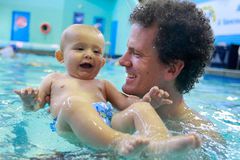 Fishing: the cause of more drowning deaths
May 13, 2009
Follow us on Twitter @globeandmail Opens in a new window
Report an error Editorial code of conduct
Due to technical reasons, we have temporarily removed commenting from our articles. We hope to have this fixed soon. Thank you for your patience. If you are looking to give feedback on our new site, please send it along to feedback@globeandmail.com. If you want to write a letter to the editor, please forward to letters@globeandmail.com.
Comments