It's either me or her, darling. Ah, the ultimatum, a true test of love. But what happens when the "her" in question is a pet? Those deep bonds are no laughing matter and you might do well keeping your eye on the slobbering companion at your partner's feet.

Toronto resident Nick Van der Graaf's love affair with cats played into the demise of his marriage. Near the end, his then-wife began asking, "Sweetie, what if I was allergic to cats? Who would you choose?" Mr. Van der Graaf felt his cat, Puss, had given him years of loyalty and that made parting with her unimaginable. "Pets give such unconditional love, and are often a barrel of laughs too," Mr. Van der Graaf says.

Some people value their relationship with pets so much that they would rather off-load the human cohort than give up the devotion and conflict-free companionship of their dog or cat. According to a recent AP-Petside.com poll, 14 per cent would choose pet over partner. Let's face it - the competition can get downright animalistic.

There are many reasons one might object to a pet. Allergies pose serious health concerns. The scent-sensitive find animal odour intolerable. There is late-night barking and constant meowing. But it's hard to admit it publicly. One Ottawa resident who didn't want a name published says: "I don't want cats sleeping in the same room as me. They spook me because they silently creep about..."

And then there's old-fashioned jealousy: coveting the affection lavished on your partner's dog or cat.

Julie Glaser, of Garland, N.S., was a "satisfied single" with her pit bull, Lucille. "I've had previous partners who expressed great interest in my dog and horse, but once we got into a relationship, were resentful about the time I spent with these animals."

She met her spouse, Paul, on a blind date and it was instant puppy love. His dog, Badger, is an English springer spaniel used for hunting upland game and field trials. Ms. Glaser says, "Pets to me aren't ornaments. They're integral to who I am and how I live, and being with Paul reinforces that connection, as opposed to interrupting it."

A recent poll of 3,000 respondents in Britain shows 80 per cent of dog owners would not date someone who didn't like their pet. That British survey also reported that almost 20 per cent would rather have an animal than a human companion.

One pet lover doesn't find this an anomaly.

"Pets don't make the same demands as humans," says Dale Gruchy, a family counsellor in private practice, and on the faculty of health and human services at Nova Scotia Community College. "They are consistently faithful. If you treat them well, they reciprocate. Not all human partners do."

She adds that it isn't reasonable to look for the same qualities in human relationships. "Pets don't require the same level of intimacy, the same give and take. Our biped partners have complex expectations. We must negotiate and take risks; with pets it's not the same."

Ms. Gruchy had to give up animals long ago because of an extreme allergy to pet dander, but she was lucky. Her partner, Nathalie, was willing to accommodate this and found cats Socks and Squeaky a happy new home. Ever compromising, they are now exploring the possibility of a hypoallergenic cat.

Negotiation works well for some but it's not always possible to find more than one way to skin a cat, if you'll pardon the expression. Ultimately, if you want a happy relationship, then it's best to know not just your heart's desire, but where you stand on pets in the family, and let this be your guide.

Christy Ann Conlin is the author of Heave. Her young-adult novel, Dead Time, was just released. 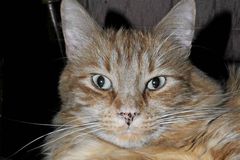 These animals have more Facebook friends than you
August 23, 2010 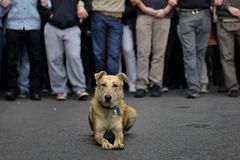 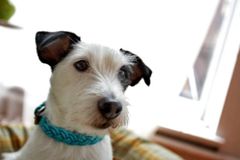