Modern wisdom (not to mention Paula Abdul) dictates that opposites attract. The next generation of online dating sites beg to differ.

Are singles opening themselves up to better romantic possibilities? Or just aspiring to date themselves? Think Heidi Montag and Spencer Pratt.

"These specialty sites actually pander to those people who are looking for this mirror image of themselves," says Ottawa-area psychologist Eva Fisher, "an idealized, enhanced version of themselves."

Nevertheless, in a world where everything including your ketchup is customized, dating sites were sure to follow.

Singles have been using their computers to find love for more than a decade. So why not have them click over the specific brand of computer that they gravitate to? That's the idea behind Cupidtino, a dating site aimed at enthusiastic users of Apple products (joining the Cult of Mac is practically a religious preference).

Cupidtino - a play on Cupertino, the California city where Apple headquarters is - launched last June, and has attracted more than 27,000 users across the globe, with Canada its third-largest market.

While not officially affiliated with Steve Jobs and co., Cupidtino has built a member base among Apple employees. The site features a clean and minimalist layout, echoing the sought-after esthetic of Apple products. There is also a flirty feature called "Mac Her/Him," similar to a "Wink" on OkCupid or a "Poke" on Facebook.

"Diehard Mac and Apple fans often have a lot in common," explains Cupidtino founder Mel Sampat. "Personalities, creative professions, a similar sense of style and esthetics, taste, and a love for technology."

Mr. Sampat came up with the idea after a friendly argument with his girlfriend in which she accused him of paying more attention to his gadgets than to her.

"As Apple fans, we love to hang out in cafés with our MacBooks and iPhones," he says. "Part of what we pay for is a chance to run into another geek who's just as much into photography, design, Netflix, hybrids, the BBC, HTML5, polar bears, Wired, Whole Foods, Coldplay and Angry Birds as we are."

Tastebuds.fm is another example of hyper-vertical dating sites. Also launched last June, and available in Canada since December, the venture invites users to plug in the names of their favourite bands and artists for a matchup.

The logic? He's into Eminem. She loves Fleet Foxes. It's not going to work out.

"We've always been interested in the idea that musical taste can say a lot about a person, and that for some people it is an important factor when choosing a potential partner," says Alex Parish, who co-founded Tastebuds.fm with Julian Keenaghan. Still in its early days, the British-based site recently clicked over its 10,000th member.

"More specific dating sites are a breath of fresh air in a market dominated by sites that ask you to complete a plethora of questions in attempt to provide pseudoscientific matching," Mr. Parish says.

He argues that Tastebuds.fm is not exclusively for music snobs: Many members have said they just happen to place great importance on shared musical taste in a relationship.

Nevertheless, at least one Tastebuds.fm habitué differs. "I could never date anyone who had crap taste in music," wrote Ian from Edmonton (surname withheld). "There would be a lack of respect. … It's nice to have enough of a difference in taste to be able to learn from one another. Though Jeff Buckley is requisite."

Aside from the fact that a shared passion for the oeuvre of Justin Bieber could be a great icebreaker on a first date, why are people so intent on meeting others who are similar to themselves?

"Infants are drawn to the familiar," Dr. Fisher explains. "We are hardwired to seek out and spend more time gazing at things that we know over things that we don't know. So when we meet someone, we are much more attracted … to even the subliminal things about them that are familiar in some way."

Just as infants spend more time looking at their mothers than at anyone else, people respond to those who look or dress or act in a way that is intrinsically familiar.

While there's nothing wrong with seeking out people who are similar in terms of taste, demographic and personal style, lasting love certainly goes much deeper.

Dr. Fisher agrees that shared taste in music or gadgets offers a good jumping-off point, but says it can't form the basis of a solid union.

"I would not predict that [such a relationship]would be very sustainable," she says. "Compatibility is much more based on values, morals and having a similar world view. These online dating sites don't recognize the importance of those other aspects."

Still, there's no harm in testing the waters and meeting new people on super-specific dating sites. But keeping an open mind may translate into more dates. Who knows? Maybe the love of your life will be a Katy Perry fanatic who updates her LiveJournal on a rickety old PC. 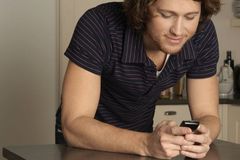 Are you a compatible couple? It may depend on your speaking style
January 25, 2011
Be my Valentine, beloved XX carrier
February 10, 2011
Follow us on Twitter @globeandmail Opens in a new window
Report an error Editorial code of conduct
Due to technical reasons, we have temporarily removed commenting from our articles. We hope to have this fixed soon. Thank you for your patience. If you are looking to give feedback on our new site, please send it along to feedback@globeandmail.com. If you want to write a letter to the editor, please forward to letters@globeandmail.com.
Comments