Another overpriced wedding, another bride shaking guests down for cash.

Earlier this month, a bride whipped out her phone and texted one of her guests: The newlywed woman was still waiting on a money-stuffed card and congenially reminded her guest that she'd attended "for free." The guest, a childhood friend saddled with student loans, fired back with a refreshing smackdown. "If you cannot afford a wedding, then do not have one," she wrote in a letter. "Do not dare make your friends/family feel financially responsible for your decisions/parties/extravagances." The guest taped a penny to the letter, then bid farewell to their friendship.

It's the third nasty blowup of this kind since summer, all leaked by the guests and highly publicized. In July, another wedding guest revealed a Facebook message she'd received from a bride dissatisfied with the gift of $100 from the guest and her partner: "We were very much short on paying off the reception," read the complaint. And before that in June, two guests from Hamilton got blasted for their admittedly unusual wedding gift, a wicker basket brimming with pasta and Marshmallow Fluff. The bride didn't mince words in subsequent texts and Facebook messages to the pair: "I lost out on $200 covering you and your date's plate," she wrote, later adding, "Weddings are to make money for your future not to pay for people's meals. Do more research."

As wedding costs spiral out of control and brides and grooms ditch "hard gifts" for cash envelopes, couples are increasingly putting the money not toward their lives together – future travels or home renovations – but to paying off nuptial debts. Those conditions have produced a very specific breed of bridezilla: the one who counts on guests to bankroll her fantasy day and takes to social media when she comes up short. For these women, the wedding is a showy party with a tacit cover charge.

Wedding planners and bloggers are appalled by the recent episodes, pointing to one cause: desperation born of poor budgeting. Those friendship-ending money spats may be the endgame of brides splurging on ceremonies they can hardly afford. "It's a new level of bad behaviour," Weddingbells editor-in-chief Alison McGill says of the recent squabbles. "Your wedding day is not a business venture."

Many couples treat the wedding as a "potlatch," says Karina Lemke, a Toronto wedding planner. "It is an opportunity for them to have a great party, to show off and then expect that people are going to subsidize it. It's a very crass and unpolished approach to things."

New York wedding planner Xochitl Gonzalez compares brides and grooms who hound guests for cash to "gangsters." A low point for Gonzalez involved a personal friend invited to a colleague's wedding; guests were greeted with a manned cash box and $50 cover charge at the reception door. "It's crazy," Gonzalez said.

Catherine Lash, creative director at the Wedding Co., which hosts an upscale wedding show in Toronto annually, chalks it up to entitlement on the part of brides and grooms, a mentality that's making guests antsy. "It's become so expected now that people are thinking, 'Okay, how much is this meal going to cost? I have to give that much money.' What a gross thing."

Tara O'Grady, founder of Bliss, a Toronto wedding planning and decor company, says when clients judge their guests' generosity, "it leaves a sour taste in your mouth."

"You are choosing to spend this amount of money on the wedding that you want, that reflects you and your families," O'Grady said. "There should be zero expectation about what the guests are going to subsidize."

While the notion that guests should cover the cost of their dinner plate isn't a new one, prohibitively expensive weddings are ratcheting up dynamics, says Lemke. "There's a perception that your plate cost is $100 or $200 a head. But that's really a third of what it probably is by the time you factor your photos, video, cake, invites and all of the other bells and whistles into it."

A 2013 bridal survey from Weddingbells found that 69 per cent of Canadian women polled said they'd be going over budget. As journalist Rebecca Mead elucidated in her 2007 book, One Perfect Day: The Selling of the American Marriage, "The modern wedding industry has been assiduous in working to establish the trappings of the lavish formal wedding as if they were compulsory rather than optional." That pressure worsened postrecession as brides with less credit kept growing expectations for their big day. "Couples end up walking down the aisle feeling backed in a financial corner," said Gonzalez. "It's desperation to recoup some of this money."

Goading guests is hardly the answer – don't plan a wedding you can't afford, say wedding planners, vendors and bloggers, even as many of them are thriving in a wedding industrial complex that churns out must-have trends annually. Sepia-toned visions of vintage glassware and preciously hand-painted cakes on websites such as Pinterest and Style Me Pretty aren't helping either: "Couples have never had more access to really beautiful images of weddings and it's built up the fantasy in people's eyes," says Gonzalez.

Still, much of the current rotten behaviour boils down to the lost art of good hosting. "If you are having people over for dinner and spend money on steak, groceries and wine, you don't expect people to turn around and give you money," says Gonzalez.

Planners often have to fill in surprised brides and grooms on the official etiquette regarding wedding gifts: They are not at all mandatory and "hard gifts" or straight cash can be delivered up to a year after the wedding day – it's bad form to even mention money or gifts in an invitation.

Beyond basic etiquette, Lash points out that tussles with guests over money can ruin friendships for life. Nor do they spell good things for a marriage.

"It's so wrong in so many ways. This is the time you're supposed to spend with your friends, not spend their money."

Ballooning costs for the big day

More than two thirds of engaged Canadian women go over budget on their weddings, according to the 2013 Bridal Survey from Weddingbells magazine, which in April polled 2,200 Canadian female readers. Women who were a quarter of the way through planning their nuptials foresaw a total cost of just more than $29,000. But women whose planning was 75 per cent complete realized the total would be 30 per cent higher, estimating a final tally of nearly $38,000.

The average engagement period was 1 year and 11 months. This time frame has ballooned by nearly half a year since 2008, meaning more time for brides-to-be to splurge. Not surprisingly, registry requests for cash are on the rise: 73 per cent wanted money in 2013, up from 66 per cent last year.

" 'We're not registered anywhere' is code for cash," says Wedding Co. creative director Catherine Lash, but points out, "Registering for money is different than expecting your guests to pay for a wedding."

Toronto wedding planner Tara O'Grady says brides and grooms need a strong understanding ahead of time of what every element will cost, or a planner to break it down for them with a line-by-line budget. "You add up all those lines? You are agog. You cannot believe what the grand total is coming to." 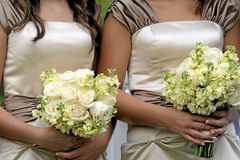 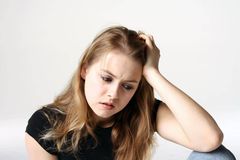