A reader writes: We are having our daughter baptized, followed by a catered brunch in our home to celebrate her baptism and first birthday. We have invited close friends only, at most 30 people. One atheist couple RSVPed that they would attend the brunch only – because they would "burst into flames upon entering the church." My husband and I find this disrespectful and intolerant. We feel like asking them not to bother attending at all, but although the relationship has been soured we don't want to be confrontational. Thoughts?

Ask them to reconsider

Your friends have made this all about them. If you want the relationship to be saved, send them a portable fire extinguisher and ask them to reconsider. On the other hand, you do say the relationship has "soured" so you may just have to tell them it's been irreparably damaged. No brunch.

This is your big chance! You have an opportunity to show this couple that the love of God is unconditional. Reassure them that people haven't burst into flames in church for quite some time, and that they would help the baptism be a real celebration. What you take as disrespect is more likely humour. Respond in kind! You need this couple, as does your daughter. They will keep you grounded and nurture your faith.

Odd. I'm an atheist, but I've never burst into flames on entering a church. I suspect that they are just trying to put a light-hearted twist on a touchy subject. Baptizing a child is a communion of believers supposedly sealing a lifelong relationship between that child and God. But since your atheist friends are not part of that communion, it is possible they feel it is insensitive of you to invite them to do so. They've tried to avoid confrontation, and so should you.

A dominant misconception among believers is that their atheist brethren are a slavering pack of hell-bound debauchees, gleefully wining and wenching their way through life while loudly professing their amorality.

In fact, atheism is a moral position – a rather rigid one, if you've ever read the opinions of its highest-profile espousers, Christopher Hitchens and Richard Dawkins. These two, like most proselytizers, can be as shrill as Tammy Faye Bakker when they get going.

My point is, the faithful are sometimes blindsided – as you have been – by the surprising fact of atheist fervour.

One does not become an atheist out of a desire for hassle-free Sunday mornings. People come to atheism because they have a problem with organized religion – usually a problem they consider to be of moral urgency.

Take me by way of counter-example. I'm no atheist – I'm lazy. I really do like hassle-free Sunday mornings. I have a problem with organized religion, so I've simply opted out. Live and let live, I figure.

If I were invited to your daughter's christening, therefore, I'd be there with bells on. Because, to put it bluntly, the ritual means nothing to me.

Think about this: Which offends you more, having a friend who couldn't care less about your faith cheerfully attend your daughter's meaningless (to that friend) baptism, or having a friend who feels deeply and seriously about religious faith politely decline to attend?

Don't forgo a friendship over this.

Atheist Michael intuits that your friends have tried to communicate in a light-hearted way that attending a Christian ritual would be difficult for them to square with their moral beliefs.

With that in mind, Don's advice strikes me as Christian in the best sense of the word – love thy neighbour, and turn the other cheek.

Lynn Coady is the author of novels The Antagonist, Mean Boy and Strange Heaven .

A reader writes: My roommate has autism, and while I find many of his "unique" qualities charming, his refusal to participate in basic acts of personal hygiene (bathing, laundry) and household chores (garbage, dishes) is filling my life with frustration and bad smells. Attempts to access public-health resources have been mostly fruitless, and private treatment is financially out of reach. I can't ask him to move out, because instability in his living situation always triggers an acute crisis. What can I do to make this situation bearable? 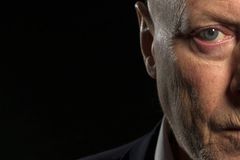 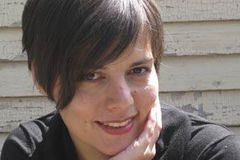 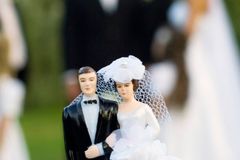