Group Therapy is a relationship advice column in which readers contribute their wisdom.

A reader writes: My best friend was happily dating a man for several months – until he broke up with her via text message. My friend was devastated. Now she tells me she is pregnant and she is going to keep the baby but not tell her ex. I told her that as the father he has a right to be told. She refuses. How can I persuade her?

Think of the child

The one with the "right to know" is the child who is on the way into this world. Situations like this are mediated every day in the family courts so that a child is provided his/her birthright to be loved by two parents.

Think of the father

Tell her that if she doesn't tell him, you will. Sure, the guy acted like a jerk, but he has a right to know about his child. She doesn't get to play "keep away" out of spite.

She's an adult, butt out

You've raised your concern and she's replied. Now you need to recognize that she's an adult, respect her decision and butt out. Be there to support her throughout her pregnancy, but keep your opinion to yourself. If she raises it again, you can give her an honest and caring reply.

Encourage your friend to go online and Google "adoptee rights." There she will discover several large groups of extremely irritated people who have been told by the state they have no right to know who they are or where they come from, biologically speaking. It's bad enough when your government does this to you – now imagine the betrayal a person feels when the individual who represents one full half of your genetic destiny refuses to let you know anything about the other half.

We live in a society that celebrates familial connection above any other kind of relationship. We are shown photos of our great-grandparents and encouraged to marvel over facial similarities. We are told to take pride in our bloodlines, celebrate our ancestry. Yet in same breath, adoptees are called "ungrateful" just for wanting to meet, even once, their moms and dads. Children conceived by anonymous sperm donors are scolded for daring to "invade the privacy" of their genetic fathers. The mixed message seems to be that a potential parent's right to a warm, wiggling bundle of joy trumps any right that bundle might eventually claim to accurate information about his or her own family.

Look, it's a moral absolute: If you are going to make a human being, you have a fundamental responsibility to that person – to honestly disclose exactly who they are and where they come from. Everyone has a right to their own true story and your friend is considering trampling on it where her future offspring is concerned. Her future offspring will not thank her.

So you see that I agree most strenuously with Emilie above. But I also agree with Jennifer and Pat. To wit, if the child has a right to know, so does the father, unwitting (and jerkwad-ish) participant though he might have been. Ultimately, though it's not your call, or mine. Crib from this column when next the subject comes up with your friend and then, as Pat says, "butt out."

A reader writes: I dread the annual holiday trip to stay with our extended families overseas. We're immigrants and I miss home, but the intensity of the visits is overwhelming (and jet lag doesn't help). With three young kids and no hotel budget, I have no privacy and feel I have to be "on" all the time. It makes me crotchety and then I overcompensate, miss social cues and end up overwhelming everyone else. What do I do about this?

My wife is jealous that I had drinks with my ex
September 22, 2011
My girlfriend wants no involvement with my child
June 16, 2011 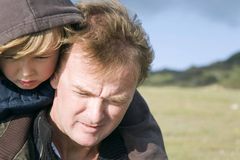 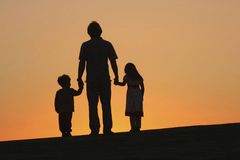 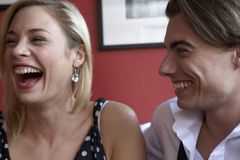