Group Therapy is a relationship advice column to which readers contribute their wisdom.

A reader writes: My fiancé's best friend keeps hooking up with my single girlfriends. He's charming and attractive, but also a "use 'em and lose 'em" type. I confronted him, he promised to stop, and then proceeded to hook up with another friend. Yes, my girlfriends are adults – but why does he have to go after my friends when there are other women to pursue? Do I have a right to be mad?

Had he offered up that promise freely, you might have had a right to be irritated when he broke it. But you can't expect sincerity when you've extracted a promise via a guilt-trip. It's more likely you are mad at your fiancé's "charming and attractive" best friend because you have a little crush on him. Think it over, then let it go.

Mind your own business

No, you don't have the right to meddle in your friends' sex lives.

If they don't want to sleep with a tomcat, they should get out of the backyard. As for demanding that he stay away from them, my mouth dropped open in shock. Who are you to order a grown man not to have consensual sex with a fellow adult? If I were your fiancé, I'd be on red alert right now. Grow up, grow some boundaries, and stop trying to control people.

If you're mad, you're mad – it's not really a question of whether or not you have the "right." Anger is one of those emotions that doesn't follow the letter of the law. It speaks before it thinks. It rears up on its hind legs and charges.

When you're not sure your anger is justified, the thing to do is ask yourself exactly where it's coming from. Are your girlfriends shattered vestiges of their former selves after being used and discarded by your fiancé's friend? I'm guessing not. No grownup woman in this bold new century expects to be strewn with rose petals and declarations of fidelity after a one-night hookup. These days you'd be touched to receive a midday text reading "Tx!" Plus, if these gals are all of your social circle, wouldn't they compare notes on Don Juan and be forewarned? Surely none of your friends are entering the tomcat's lair with eyes wide shut.

That said, if you think they should approach with caution, warn them by all means – keeping in mind however that you have no jurisdiction whatsoever when it comes to the southerly parts of your pals. You especially have no call to be telling your fiancé's friend what to do with his.

I'm thinking you're the one who's feeling violated, and that's why you're really angry. Don Juan has done a cannonball into the hitherto crystal-calm waters of your friendship pool, and now those waters are unpleasantly ripple-y; muddied with sexual tension and awkwardness. Give it time. The waters will shift, but then they will settle. Your impending marriage is going to bring a lot of new experiences and people into your life – and sometimes those people will do things with one another that aren't particularly convenient for you. It's a good idea to start getting used to it now.

I had a fleeting relationship with another woman during a separation from my girlfriend. Now, months after getting back together, my girlfriend harbours serious resentment and mistrust that bubble up frequently. When I try to comfort her at these times she gets more and more distraught until we are on the verge of separation anew. Yet if I try to keep us focused on relationship building ("I'm here now and I love you, let's make this weekend amazing!"), she says I'm suppressing her feelings. Will she never be okay with me?

If you would like to participate, e-mail us at grouptherapy@globeandmail.com. 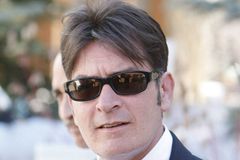 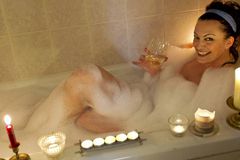