I have a friend who frequently makes comments on social media (and occasionally when we are face-to-face) about the "disgusting horrible people who wear fur." I have several fur coats and fur-trimmed coats and accessories. She sold her fur-trimmed coat a few years ago, so I guess she figures she now has the right to make these kinds of comments. Never mind that she eats meat and fish, consumes eggs, traps mice, has a collection of leather handbags, gloves, belts and boots and wears down-filled coats. I feel she is being self-righteous and hypocritical. I usually react to her comments with stony silence, but lately I feel I want to respond (and I realize that MYOFB is an inappropriate response). Any suggestions? Both for how to respond to my friend and how to respond to the anti-fur crowd that I might encounter on the street?

Good luck with that. Nobody minds their own business any more. I wonder if there ever was a time when they did; when you could walk into a restaurant wearing a fur coat, order veal saltimbocca for yourself and a nice, cold cola for your toddler and no one would say anything.

Now, "sancti-mommies" and "sancti-daddies" will criticize your parenting choices ("You don't feed your kid organic baby food?"). On social media, people pontificate so shamelessly I can barely bring myself to log on anymore.

They'll even yell out, or mutter, unsolicited observations in the street now – such as the woman who pulled up next to my wife (who, true, was riding her bike sans helmet) at a stop sign, lowered her window, and said: "Did you forget your helmet or are you just stupid?"

(She was so flabbergasted and gobsmacked she couldn't think of a comeback. I put on my thinking cap and gave her an all-purpose one to use on future occasions: "Been a while?" It's good because by the time the person realizes what you're implying, you're out of there.)

Reading your question, I realized I've never worn fur and actually don't know anyone who does. But recently I read a piece by a woman whose grandmother had given her a fur coat, and described the endless, daily stream of comments she had to endure – many of them of the passive-aggressive, pseudo-complimentary (what I call "insultiments") variety, such as: "Oooh, it's so brave of you not to feel guilty wearing fur," how she stashed her fur away before going to her cubicle at work, and so on.

And then there are people who feel very passionately about it – such as members of PETA (People for the Ethical Treatment of Animals). According to their Britain website, "compassionate people wouldn't be caught dead in fur these days" and fur farms are "hellholes."

Bearing this in mind, I'll give you my advice – but I don't think you'll like it: lose the fur.

Of course, I agree your friend crosses the line when she implies you're a "disgusting, horrible person" for wearing fur and probably being sanctimonious and a hypocrite to boot.

And you could push back. You could take her out to dinner and, just as she's about to tuck into her steak or chicken, eyeball it significantly and point out that the number of animals raised for fur are only in the millions, whereas those raised for their meat number well into the billions, and not all of them live such wonderful lives, or die such wonderful deaths, either.

But to be honest, were I you, I wouldn't bother. It'll just cause friction, and I don't think you'll ever change her tune.

I give this oddball advice not because I think it's fair, or even necessarily the right thing to do (after all, the animals already died: giving away your furs won't bring them back).

But mainly just to avoid grief.

Times being what they are, I wouldn't be surprised if people didn't yell, or mutter, things at you in the street. As I write this there's a guy who goes into vegan restaurants and videotapes himself "shaming" people wearing leather or fur or down.

And who needs that kind of thing? Put your furs in storage, or sell them, or donate them to PETA – who use some for anti-fur demonstrations, and give the rest to the homeless (who are, according to their website, "the only people who have any excuse for wearing fur").

(Though I have to believe the recipients must turn right around and sell them: after all, I think it'd be tough to go about your business as a homeless person while wearing, say, a mink coat.)

I know fur is wonderfully warm. That's what fur-lovers say. But in your shoes I'd get a nice wool coat and avoid all the hassle and headaches. 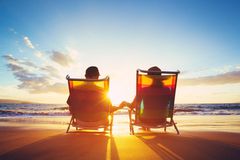 Is it too late for my brother to repair his relationship with his son?
January 13, 2017 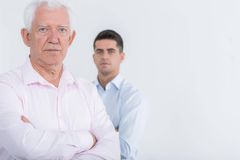