I live in a culturally mixed downtown neighbourhood. Two doors down lives an unemployed man who gets up every day at 7 a.m. to work on his garden. The problem is he has an astoundingly loud and relentless horking habit. Without exaggeration, he expectorates at least once a minute. It's not death throes; he's been doing it for five years. For five years, the return of summer and open windows has meant lying abed of a morning and listening to someone noisily forming an oyster and spitting it out. Last year, I watched my neighbours attempt to eat dinner al fresco, only to be driven inside by him. Another neighbour even tried yelling "Gross!" every time he spit, to no avail. There may be a language barrier. The problem is complicated by the fact the horking man is middle-aged and Chinese, and I've been told that, for a certain generation of Chinese people, public spitting is as unremarkable as a public cell phone conversation. This guy has unwittingly become public enemy No. 1, but no one is telling him that. Any advice?

I feel your pain. Neighbours. Am I right? Especially in the summer.

I once had a neighbour who would pee off his front porch.

He looked like something out of the Old Testament: shaggy white beard, thousand-yard stare. His girlfriend looked like a Cabbage Patch Doll come (partially) to life: big round face, sewn-on eyes. All they did was sit outside and drink beer. When they ran out, he'd get in his car and drive it like a golf cart to Brewer's Retail to replenish his supply.

Then, when he "broke the seal," he didn't stand on ceremony – no, he stood on his porch, unzipped, and let fly with a faraway look on his craggy face. A look that said he, like some sort of soused Socrates, had finally attained a state of…whiz-dom.

His next-door neighbour, Chantal – a swish and soignée former supermodel, part of the gentrification wave that would soon usher out all public urinators – informed me he did not stand on ceremony within the confines of his domicile, either. She shared a wall with him, and said the pungent pong of urine that would seep through was unbelievable.

When these two were finally evicted, a team in hazmat suits came to clean out the house.

I guess what I'm trying to say is this: It could be worse.

As to what you should do about your neighbour, the happy horker – well, that's a little ticklish.

You mention your neighbour's an older Chinese gentleman.

We can't assume culture or ethnicity or the year he was born has anything to do with your neighbour's proclivity for oyster-formulation.

He might just be a gentleman who happens to believe, along with Shrek, "better out than in." Or he may have some sort of medical condition.

Here's what I'd do, though it might seem counterintuitive: Befriend this phlegmatic fellow.

Oscar Wilde said, "Laughter is not at all a bad beginning for a friendship." I say: What about bribery? Sashay over with a potted plant. "Bribe-friend" him.

Continue the friendly overtures for as long as it takes. Hey, you've been putting up with it for five years. What's a few more weeks, or even months? Even if there's a language barrier, you should still be able to communicate on some level. And people can always tell when your intentions are friendly.

When you've softened him up, figured out the lay of the land, ruled out the question of a medical condition–then and only then, maybe say something.

Your timing will have to be impeccable, your tact and diplomacy unparalleled. But since you've spent time spit-polishing your friendship with this fellow, it won't be coming out of the clear blue sky, and is much more likely to be well-received. Much better, anyway, than marching over as a complete stranger (albeit neighbour) and starting in on his private habits.

You sound genuinely irked by all this loogie-hawking. All I know is: If I were your neighbour and I was driving everyone in the vicinity crazy with some habit I wasn't aware was a problem – well, I'd want to know. After the shame and attendant anger passed, I'd like to think I might even thank whomever brought it to my attention.

Now, I don't know if your neighbour will thank you. Or even if he'll hold off on horking henceforward. Old habits die hard. And it's possible if he's impervious to someone shouting out "gross!" every time he spits, it might not be a language barrier: He may have little to no interest in joining what used to be called "polite society."

In which case, I'm afraid your only true recourse is simply to grin and bear it (what I did with the urinator). Let's say your chances of solving this problem are a long shot into a small spittoon.

But at least you can rest easy knowing you did your best by, uh, bringing it up.

My neighbour accused us of throwing dog poo onto his lawn
March 14, 2012 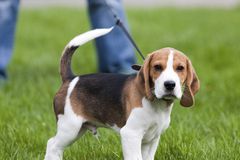 Our neighbours are mooching us to death
October 19, 2011 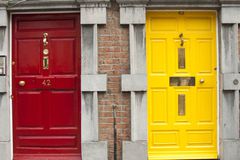 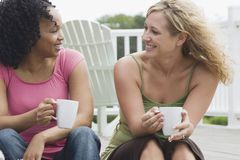