After leaving my husband, I have become the primary caregiver/breadwinner for our four-year-old son. All of the reasons why I left (he is a habitual liar, among other things) continue to complicate our co-parenting relationship. I've tried to maintain a civil tone for our son's sake but when he threatens to compromise both me and our son, I struggle with how to set firm, healthy limits. For example, he recently claimed his employer had clawed back his wages (a story I have reason to doubt). He further indicated that he might not be able to afford to care for our son during a scheduled weekend visit if I did not agree to accept a two-week delay in his child-support payment. I work part-time and live paycheque to paycheque, and I expect this sort of thing to continue. Advice?

Every once in a while, a question comes into the Damage Control inbox that's outside the comfort zone of my skill set – and this is one of those.

That's why I keep on retainer (on a pro bono basis) a loosely aggregated team of experts, pundits and wise men and women– each outstanding in their respective fields – I've dubbed Team Dave Eddie or simply the Panel. I even have a "naturist" on the Panel for the (admittedly rare) occasions when I get a question involving clothing-optional lifestyles: Stéphane Deschêsne of the Canadian Association of Naturists. He's outstanding nude in his field.

For your case I consulted my family law guy, Eric Shapiro of the firm Skapinker and Shapiro.

After talking to him I always hang up the phone and think: "Man: I'd better be even nicer than usual to my wife!"

Basically the law contains all kinds of codicils and provisions for grey areas and differing methods and degrees of compulsion to handle the type of situation you describe. So bear in mind that whatever I say is going to be a gross oversimplification.

I do think you have good reason to doubt your ex's word. "Clawback" isn't something employers do, it's more a government thing, as Shapiro points out. And is he saying he wouldn't be able to meet the material needs of a four-year-old – juice, cereal, chicken chunks,fish sticks, and of course fruits and vegetables! – for a weekend if he made a payment? I smell a fish stick cooking up right there.

What it really sounds like is he is kicking the tires, looking under the hood,wondering if "deadbeat dad" status might be a something he'd like to take for a spin – and so it's definitely time to nip that notion in the bud.

Shapiro says most couples voluntarily report their income, and "child and spousal support is never carved in stone": Adjustments are made to support payments even if your income or his were to go up by as little as $100 a year.

But if you feel like your ex is being less-than-forthcoming about his income, or trying to dipsy-doodle out of making payments, you may have to take him to family court.

If you have a part-time job (and are still "the primary breadwinner), you may qualify for legal aid. If not, you can represent yourself.

"It's not ideal," Shapiro says – but not unheard of, either. "Family-law courts have a higher level of self-representation than any other court, I think."

There's someone on hand called duty counsel, to help you with motions and to give advice specifically to those who represent themselves. If the facts of the case are pretty straightforward – and seems like they might be – you should have no trouble.

The good news: If the judge rules in your favour, there's some serious enforcement clout that kicks in, according to Shapiro.

There's a branch of the government called the Family Responsibility Office (Shapiro kept calling it "Fro," which made it sound kind of cool to me) devoted to making sure people like your ex pony up. They have the authority to take up to 50 per cent of his net income right off his cheque. Then he'll know the true meaning of "clawback." They can also withhold tax refunds and even suspend his driver's licence if he fails to comply.

Of course, it doesn't always work out. People have been known to quit their jobs(and work under the table) just to avoid child support.

But I don't think it hurts to know you not only have right but a little bit of might on your side if your ex is trying to wiggle out of his responsibilities. 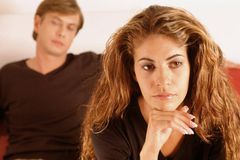 My neighbour wants me to split the cost of an outdoor repair between our homes. What do I do?
September 6, 2013