A reader writes: After 10 years and two kids, my partner and I married last year. Now she has moved out. She sees the kids once a week and says she needs to work on herself. I think she's trying to reclaim her youth. I'm not saying I was great, but my heart was there. Now I feel more and more distant. I don't know what it is I should be doing.

Let the mother of your children "work on herself." Clearly, she was unhappy and all your entreaties will be useless till she decides on her own accord to return. Focus on your children and your job. Though you will be lonely, the joy of watching your children grow up will make it worthwhile.

What should you be doing? You should be starting divorce proceedings because your partner is probably having an affair.

Clearly, your heart "being there" isn't enough. Maintaining a marital relationship is like looking after your car. Regardless of how much you love your car, if you ignore its maintenance needs, it will eventually stop working. A woman who feels unloved might be inclined to leave to rebuild her self-esteem. The way to win her back is to demonstrate your love. Court her.

There's a vague quality to your letter - actually that's like saying the News of the World phone-hacking scandal had a "bothersome quality" for citizens of Britain. In fact, your letter is a veritable carnival of shrugs. It makes me of two minds with respect to tackling your problem.

The generous interpretation is that you are entirely shell-shocked as the result of your wife's defection, and so depressed you barely had the strength to tap out an e-mail, let alone share any illuminating details. That would be understandable after 10 years, particularly if you didn't see this separation coming.

The less-generous reading, however, asks: Why didn't you see it coming? Or did you? You don't say. You say you weren't "great," but your heart was there. What does that mean? If I were to go all Doctor Laura and throw the spirit of generosity completely to the wind, I might bark that this lack of insight bespeaks something fundamental about your approach to your relationship - you simply haven't been paying attention. You figured your mere presence in the home was enough to sustain a loving and supportive marriage.

If you genuinely feel as clueless as your letter indicates, there's one thing I can recommend, and I mean this in the nicest possible way - get a clue. There's only one person who can tell you what just happened in your marriage and what needs to happen next and she isn't writing for a newspaper. Put aside your hurt and try asking, honestly, what she thinks.

I am a never-married guy, 45. Last year I "met" a woman via Facebook, 48, married with kids, who lives 3,000 kilometres away. After a few months of chat she initiated explicit sex chat, which I saw as safe flirtation. Then she announced she'd left her husband. We have now visited each other twice and I am fond of her but don't see a future. She wants to move close and craves constant online contact. I've cut back the chat but have avoided a clean break as I know she'll be devastated, and I feel guilty about the husband. Help!

If you would like to participate, e-mail us at grouptherapy@globeandmail.com. All questions are published anonymously, but we will include your name and hometown if we use your response, which will be edited.

Lynn Coady is the author of novels Strange Heaven and Mean Boy . 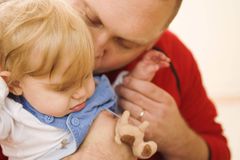 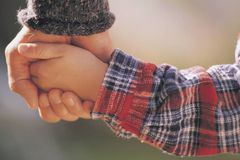 Why one mom doesn't regret leaving her kids for her career
May 4, 2011 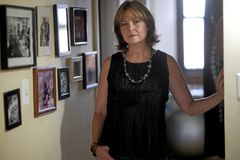