My wife and I visit her sister and brother-in-law's house about once a year, usually for one to three days. We always bring gifts and always invite them out to dinner, to a restaurant of their choice – and, of course, we pick up the tab. However, for the past couple of years I have found myself at odds with my wife over these dinner invitations in regard to our nephew, a man in his late 20s who seems to be a permanent resident living in his parents' basement. He is a very nice, no-problem lad, just a bit of a recluse, a loner, has a minimum-wage job but, really, has no expenses and his parents note he has quite a growing bank account. Once we are at the restaurant, sister and brother-in-law always order conservatively, whereas nephew orders all the most expensive things, and alcohol to boot. Once we are done, as the treat is on us, we pick up the bill, including paying for nephew, who never offers. This is where my wife and I disagree. She says it's fine with her, she rarely gets to see them all together. I think it's a bit much, though, that this fully adult, income-earning fellow doesn't at least offer to, say, pay the tip or pay for his wine or beer! I agree with one thing, though: My wife says there really is no way to bring it up without causing a potential family problem, so we leave it at that. What do you think?

It's interesting: I'm getting a lot of questions lately about twentysomethings staying at their parents' places.

And really there is only one thing to be said about that: Obviously these twentysomethings don't want to shoulder their share of life's burdens.

So why should they want to pick up their share of the cheque at dinner?

Too bad. For me, picking up the cheque is huge and can't be underestimated.

For example, not too long ago I went out to dinner with about a dozen people to a fancy restaurant and was thinking: "Oh my God, this is going to be pricey, I'm enjoying myself but what a nightmare when the bill comes."

And then the hostess, the woman who had invited us all there (I think it was for a birthday-type thing), waved her credit card around and picked up the whole tab.

To be frank, I didn't like this person much before this dinner. But afterward? I would take a swing at anyone who'd say anything negative about her.

My point being (to reiterate), picking up cheques buys you hell's own drag with people, and those who don't understand that understand nothing.

Now, let's say your nephew doesn't understand that … and it sounds like he doesn't.

You could play a fun game with him: Stare him down. Don't pick up the cheque when it comes. Wait, and stare. Then wait some more, and stare some more, until finally someone (ideally him, the "mark") asks who is going to pay the bill.

And if he says (something to the effect of): "Well, you're the adult."

You can say (something to the effect of): "Aren't you?"

I'm obviously kidding around, but my point is that this is the adult world, and one of the – if not the – primary measures of how that works is who picks up the tab.

As Woody Allen says in (I think) the movie Anything Else, "Never trust anyone who fumbles for the cheque. … If you want to get it you will."

And it's amazing how true that is: I have never been in a position when I seriously wanted to pick up the tab when I was ultimately unable to do so. As a corollary, I have never been in a situation where I secretly wanted the other guy to pick up the cheque where he failed. (Example – and I'm not proud of this: The other night I went out with a friend and was really intending to pick up the cheque, because I owed him a favour, but he went to the washroom and quietly paid on the way back: I spotted him out of the corner of my eye and said nothing.)

Your nephew needs to mensch up in numerous ways: Get a real job, move out of his parents' house – these are just a few ideas that spring to mind.

But certainly paying for dinner, or at least paying the tip, would be a great start, and I don't think there's anything wrong with coming out and suggesting it.

My mom enables my older sister’s lack of responsibility. What do I do?
October 14, 2016
How do we manage nana’s drinking without causing embarrassment?
October 6, 2016
When a wedding guest’s joke falls flat, is it worth getting riled up?
September 30, 2016 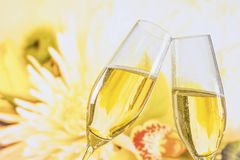