I've been married to the love of my life for the past 20 years and thought myself fulfilled in almost every way. A few months ago, I met someone I was strongly attracted to. Then I found out my wife is also attracted to her. And this person is attracted to both of us. I feel that I've uncovered this whole new side to me that I want to explore. After discussing the situation extensively, we all have a similar understanding of what we want and expect. But, of course, it's complicated. 1) My wife and I have a child. 2) It's possible one of us will always feel like the third wheel. 3) I worry about the other woman's emotional stability (even though she assures us it's fine). 4) We live in a smaller community and I'm concerned we'd be seen in a negative light. Despite all this, my heart and my lower brain are both egging me on. Ugh, what a fun mess to be in. What do you think, should I go for it or not?

Threesomes are obviously a fantasy for many men - one I joke about a fair bit in social situations. For example, if my wife Pam enthusiastically greets a female friend at a party with a big hug, I'll go: "Hmm, why don't you two give each other a little kiss?" And if they do: "Mmm, pourquoi pas the three of us continue this back at our place?"

Another problem, as you suggest, is the potential for emotional alienation. Philip Roth has a scene in Portnoy's Complaint wherein Alexander Portnoy and his girlfriend festively hire a prostitute for some three-way high jinks. But Portnoy's girlfriend winds up jealous and furious, even though the whole thing was her idea all along.

That sort of thing would be hard to avoid, I'd think. If you pay too much attention to the new woman, there could be hell to pay with your wife. But if you overdo it with your wife, then the newbie could be stewing in her negligee, thinking, "Why did I agree to this?"

Or what if the women get too into each other? That'd be one of my fears. Pam and I inveigle some pulchritudinous third party into our boudoir to spice things up a bit - but the women hit it off, leaving me sulking on the sidelines in my boxers, and waking up the next morning to find Pam's closet cleaned out and a farewell note written in lipstick on the bathroom mirror.

And none of this is even mentioning your kid! How are you going to explain your little arrangement? Won't that be a lovely scene for him/her to burst in on?

All in all, I agree with George Michael, when he sang: "Sex is best when it's [cue freaky precursor to the auto-tune]one … on … one."

But, ultimately, only you can decide what you want and think you can handle, when it comes to something so intimate. Who am I to stand in the way of the potential happiness of three people? If you think that you think you can deal with the complexities both inside the bedroom and outside it, then it's your call, pal.

Because the logistical juggling outside the bedroom will be at least as complicated as the inside stuff, believe me. How will the three of you comport yourselves during the day? Will you walk around hand-in-hand-in-hand? If you get in a fight with one of the women, will you have make-up sex with both or just one? Will there ever be times when you have sex with one and not the other, and in that case, how will the other feel?

What if the two women get in a fight? Who will be having the make-up sex then?

Lordy. I have to say, if it were me in your fuzzy bunny slippers, my upper brain would be working so hard crunching the permutations and complications, I'm not even sure my "lower brain" could function. (And then you'd have not one but two women going: "It's okay, it happens, let's just go to sleep." Have you thought about that? You stand to double your fun, but also your humiliation.)

Just promise me this: Before the three of you wriggle, giggling, under the marital duvet, ask yourself: Why do I want this? And perhaps: Why does my wife want this? Are you sure there isn't something missing in your marriage, that your wife doesn't fulfill you in some way, and maybe vice versa?

And that won't be such a fun mess to be in, at all.

Cheated on her again?
Blame your DNA 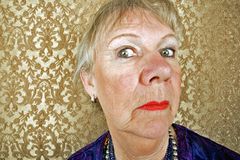 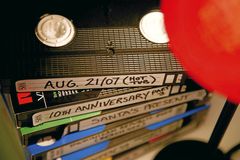 My friend won't stop talking about his sex life
May 3, 2018
Follow us on Twitter @globeandmail Opens in a new window
Report an error Editorial code of conduct
Due to technical reasons, we have temporarily removed commenting from our articles. We hope to have this fixed soon. Thank you for your patience. If you are looking to give feedback on our new site, please send it along to feedback@globeandmail.com. If you want to write a letter to the editor, please forward to letters@globeandmail.com.
Comments