When it comes to choosing books, men are still from Mars and women are from Venus, and it's unlikely the twain will ever meet.

The Daily Mail details an eyeopening new British study indicating that most people tend toward reading books written by authors of their own gender – and usually ignore those tomes penned by authors of the opposite sex.

The study, which was commissioned by the Amazon-owned social-cataloguing website Goodreads, polled 40,000 British citizens on their reading habits to reveal a sharp divide in literary preferences.

The poll revealed that male authors accounted for 90 per cent of the 50 most-read titles by men over the past year, while the reverse held true for women's titles.

The research also showed that female readers rated books by female writers more highly. On average, women ranked books written by women 4 out of 5 and books by men 3.8 out of 5.

Said a Goodreads spokesperson: "Ultimately, when it comes to the most popular 2014 books on Goodreads, we are still sticking to our own sex."

Goodreads initiated the poll in the wake of a Twitter campaign launched earlier this year by English author Joanna Walsh to encourage more people to read books by female authors.

According to Goodreads editor-in-chief and co-founder Elizabeth Khuri Chandler, the intention behind sharing the poll results with readers was toward the cause of "friendly conversation" about reading.

"It's been fascinating to see our members discussing the male author/female author ration of their reading," said Chandler. "For the most part, people are saying that they don't set out to read a male author or a female author. It's all about the book."

At the same time, the undeniable gender split among author choices has already become a topic of hot discussion on the Goodreads message boards.

The simple explanation: "Some men said they felt they read more male authors because of the type of books they like to read," said Chandler. "They thought that more male authors tended to write in the genres or about the topics that interest them than female authors."

Creed frontman Scott Stapp has people talking with a bizarre video he posted to his Facebook page on Wednesday. In the video titled, "Scott Stapp of Creed: Public Statement #1," the 41-year-old singer stares directly into a camera and states, "Right now I'm living in a Holiday Inn, by the grace of God, because there's been a couple of weeks I had to live in my truck. I had no money, not even for gas or food. I went two days without eating because I had no money and ended up in an emergency room." In the same video, Stapp goes on to claim that his bank account has been frozen by the U.S. Internal Revenue Service and that he hasn't received any royalties. "There are people that have taken advantage and stolen money from me," he says. "They're trying to discredit me, slander me."

Why has Prince suddenly disappeared from social media? Several weeks after releasing two new albums and a high-profile performance on Saturday Night Live, the enigmatic musician shut down his Twitter account and both of his official Facebook pages this week. Prince also pulled all but three of his music videos from his popular YouTube channel. So far, the 56-year-old pop icon has not responded to media requests asking him to explain his disappearance. In 2010, Prince famously announced in an interview, "The Internet's completely over. I don't see why I should give my new music to iTunes or anyone else."

A cash-strapped Burt Reynolds is auctioning off more than 600 personal items – including his Golden Globe and Emmy awards. Auction house Julien's Live has announced it will run a special sale, titled Property From the Life and Career of Burt Reynolds, at the Palms Casino Resort in Las Vegas next month. Included in the catalogue: The jacket and shirt worn by Reynolds in Smokey and the Bandit II, a football helmet from The Longest Yard and a pair of monogrammed cowboy boots worn by the actor in the 1996 film Striptease. Also up for grabs is the Emmy won by Reynolds in 1991 for his TV series Evening Shade and the best-supporting actor Golden Globe he collected for Boogie Nights in 1998. Three years ago, the Associated Press reported that Reynolds had fallen upon hard times and that his Florida home was facing foreclosure.

Getting a mammogram could become a lot more comfortable in the near future. Researchers are suggesting changes to make the procedure less painful for women in a a study being presented next week at the annual meeting of the Radiological Society of North America. The new thinking suggests that standardizing the amount of pressure employed in a mammography would reduce the pain associated with breast compression, without sacrificing image quality. Unnecessarily high pressure during compression is a common practice in European countries, particularly for women with small breasts. Over-compression is less of a problem n North America, where low applied pressure is more commonly used during mammographies.

The real difference between cats and dogs: Both have their own way of drinking liquids. A new study from Virginia Tech University has revealed that felines and canines have their own unique strategies while consuming liquid. While dogs smashed their tongues on the water surface, thereby causing splashing, cats were more efficient and take a more subtle approach to drinking. First, the cat uses a pull strategy in which they gently take in water into their tongue by placing it along the water's surface. 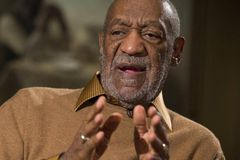 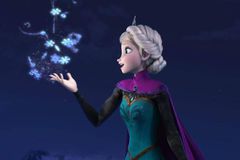 Now Trending: Taylor Swift is not changing her mind about Spotify
May 12, 2018 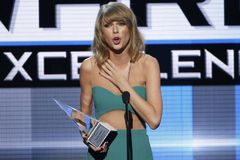