Forget about how much Newt Gingrich paid in taxes last year. The accusation that the Republican presidential hopeful asked one of his ex-wives for an open marriage is the character question that has captivated us.

Political implications aside, observers were left with a more pressing concern: Wait. Is open marriage really a thing? Isn't it just cheating on your spouse? Do people really DO that?

Yes, in fact, some do, though there's little information or research available about how prevalent open marriages are – or how often they work. But when open arrangements do work, they make life "a little more interesting and better," according to one Toronto man who had an open marriage for years. "Monogamy is so boring to me."

As the revelations unfolded, those in the open-marriage community – some refer to their arrangements as "polyamorous" – found themselves defending the practice as something very different from "Gingrichy behaviour," as the blog Polyinthemedia.blogspot.com put it.

Blogger Sierra Black found herself explaining her open marriage in the wake of the Gingrich news. Both she and her husband have girlfriends.

"Tonight after we tuck the kids in, my husband will kiss me goodnight and head over to his girlfriend's house. It's not a secret or a problem; that's just how our marriage works. We both have other partners," she wrote on Babble.com, adding that their outside partners are huge supports to their family. "I don't know how monogamous couples do it...."

While Mr. Gingrich may have been looking for legitimization of his relationship with a mistress, people who favour open marriages say both parties must agree to the arrangement and the honesty it requires. Many create formal rules and boundaries that appear to fly in the face of the louche, 1970s' key-party stereotypes the talk of open marriage unearths.

For some, one-night stands on business trips are okay but deeper emotional attachments are not. For others, there is plenty of room for long-term girlfriends and boyfriends outside the marriage.

There is not a lot of data on how marriages include a non-exclusivity clause, nor is there much evidence about whether they work. In a recent Slate piece, writer Brian Palmer cited upcoming work by psychologist Lisa Diamond of the University of Utah, which found that gay men are more likely than any other group to practice polyamory. Prof Diamond asked 120 cohabiting couples in the Salt Lake City area "whether they had explicitly agreed to have sex outside of their relationships," he reports.

"Almost one-quarter of the gay male couples said they had a polyamorous arrangement. That's compared with about 7 per cent of the heterosexual couples and 3 per cent of the lesbians."

For many, these kinds of relationships were not negotiated; they started out this way. The Toronto man who has tried it says he and his wife saw eye-to-eye on the downsides to monogamy before they were married and agreed to an open arrangement. For years they shared with each other the details of their roughly once-a-year dalliances with others.

"People get attracted to other people," says the 30-something. "It's normal, it's natural and we both felt it was silly to lie about it. And maybe more fun and interesting and healthy to, when it comes up, not repress but explore it. And share the adventure."

Although he is now separated from his wife – after a period of closing the marriage and focusing on each other – he believes it was one of their strengths and did not weaken their marriage.

"I still regard it as, for super-high-level, awesome marriages, why not? You're so committed to each other, who cares whether you occasionally have an affair?"

Montreal marriage therapist Vikki Stark says it's a particular kind of couple who can choose to have an open marriage and make it work. They have to share the same philosophy about non-monogamy and agree on the fine print.

"It requires a lot of maturity on the part of the individuals. It's a very idealistic choice, thinking that 'We can have a stronger relationship because we're going to be honest about the fact that it's very hard to be monogamous,'" she says.

Even then, she says, a truly open marriage "seems to me an unstable configuration." For one thing, jealousy is human nature. But so is the pull to connect with new partners. It's one thing when it's just about no-strings sex, but another thing when it's about deeper connections.

"If you have a relationship with more than one person and one person gets cancer and another person's mother is dying, you have emotional demands from two different people who see you as part of their intimate life."

And the practice can be a precursor to a break-up of a marriage if one partner is coerced into it.

That was the case for another Toronto man, whose marriage ended after his husband asked for an open marriage. He agreed to try it, but just a few months of dating took a huge a toll on the 20-something.

"People do a lot of crazy things for love," he says. "But because monogamy is such a core value for me, trying open marriage was very destructive. I was doing something I had no belief in."

An open marriage strains both the emotional and the sexual health of a union, he says.

"It dilutes your current bond and it can devalue sex with your partner," he says, adding that he and his ex had less sex together when the marriage was open.

His husband agreed to close the marriage to work on it, but the couple quickly agreed to separate. He now knows that he'll never again acquiesce to such a request.

"I've always valued the commitment and patience required to be in a relationship; to me that's stronger and more sexual than anything frivolous."

Editor's note: Polyinthemedia.blogspot.com was incorrectly referenced in the original version of this article. This version has been corrected. 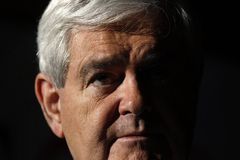 Can 'ethical non-monogamy' save the institution of marriage?
April 30, 2018 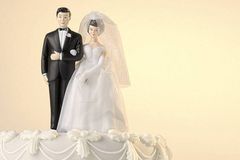 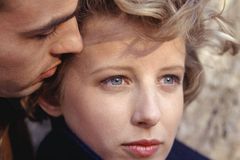 Why wine drinking and monogamy go together
April 29, 2018
Follow Tralee Pearce on Twitter @traleepearce
Report an error Editorial code of conduct
Due to technical reasons, we have temporarily removed commenting from our articles. We hope to have this fixed soon. Thank you for your patience. If you are looking to give feedback on our new site, please send it along to feedback@globeandmail.com. If you want to write a letter to the editor, please forward to letters@globeandmail.com.
Comments